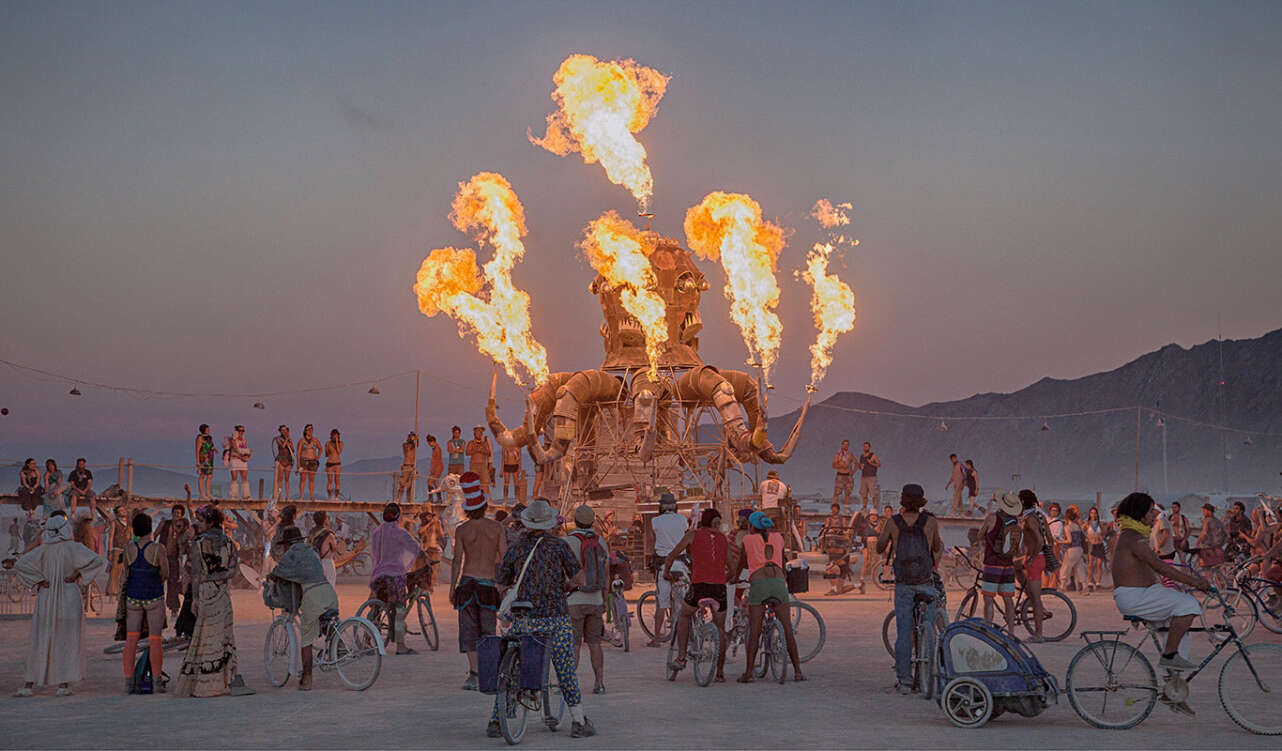 Attend a festival is like a rite of passage, like the passage from childhood to adulthood in the musical world. Because it is not about going to see a group, sing, clap and go home: it is one, two or three days of songs, discomforts everywhere, posturing, reunions, alcohol, tobacco, junk food, torrential rains, suffocating heat and a long list where everyone will remember their sweet and sour moments.

“The great festivals are experiences that change your life” says the British journalist Oliver Keens, that he understands something about these multitudinous meetings after a lifetime touring the main musical posters in the world.

Keens is the author of the book titled (logically) Festivals (Anaya Touring), in which he radiographs the 50 most important musical events in the world, be it the pioneering and chaotic concentration of Woodstock to the ethereal Oasis of Marrakech.

Reasons to go (or flee) a festival

In each of them he specifies their origins, prominent stars, looks for their soul mates, and with a dose of irony reveals why this or that festival has left its mark or is worth going to.

At Woodstock, Keenes recalls, “everything that could go wrong did go wrong,” in an incredible collection of bugs and bungles.

For example, from Lollapalloza remember “it was the coolest way to piss off your parents in the ’90s”, and from the German Rock am Ring (which takes place at the Nürburgring) notes that it is famous “for taking over a motor racing track and making it even louder.”

The evolution of festivals

Keenes points out over and over again that festivals have changed as much as the modern music business has evolved (or regressed), from the pound it cost to buy. Glastonbury in 1970 at 248 (almost 300 euros) today, or the granola bars that had to be resigned to eating in Woodstock (where there were no food stands for miles around) to the Michelin star menus at Tomorrowland from Belgium.

The author points out that the Montreux Jazz Festival now it has pop and rock figures like ZZ Top O Alanis Morrissette, that Bob Dylan had one of his best performances in his long career at the Isle of Wight Festival, and that of Reading It is the one that since 1971 continues to be the one that best channels the frustrations of young British people.

From the mythical Woodstock he affirms “everything that could go wrong went wrong”, in an incredible series of botched works but which were taken carelessly by the 400,000 attendees.

He agrees to rate Rock in Rio as a cross between festival, theme park and religious celebration; and analyze how the best show of the Burning Man are the 70,000 spectators and their outlandish costumes and staging, in a desert environment where there is no money “as a challenge to the orthodoxy of capitalism.”

By not using money, the Burning Man festival is “a challenge to the orthodoxy of capitalism,” says Keenes

This journalist remembers how the Love Parade consolidated Berlin as the capital of techno in the 90s and in what a sad way it ended after the avalanche of 2010 that took the lives of 21 people.

He also takes festivals that look like alternative fashion shows like the Electric Daisy Festival or the KaZantip CrimeaM and how the organizers of the Fuji Rock, in Niigata (Japan) they know that a flood will always fall, whatever the date they choose to do it.

The outstanding festivals of Spain

Of course, Spain and its abundant festival schedule was not going to be left behind. Apart from sporadic mentions such as that of Benicàssim, the Nowhere de Monegros (Aragon) or the aforementioned Rock in Rio, focuses on three of the greats: Primavera Sound, Sónar and Mad Cool.

The first is presented as “a declaration of love to alternative music ”and with posters that are the envy of many other festivals; while the second is considered an effective export brand, such as “like Diet Coke at festivals.”

And as for the Mad Cool, described as “the perfect urban festival”, considers that it is the jewel in the crown of the festival scene of the Iberian Peninsula in the last five years.

This book can be both a guide for lovers of these marathons of music, fashion and experiences as well as for those music fans who flee from these crowds, but who have a secret envy for being able to experience them at least once in their lives.

Travel through the best festivals in the world (and in history)