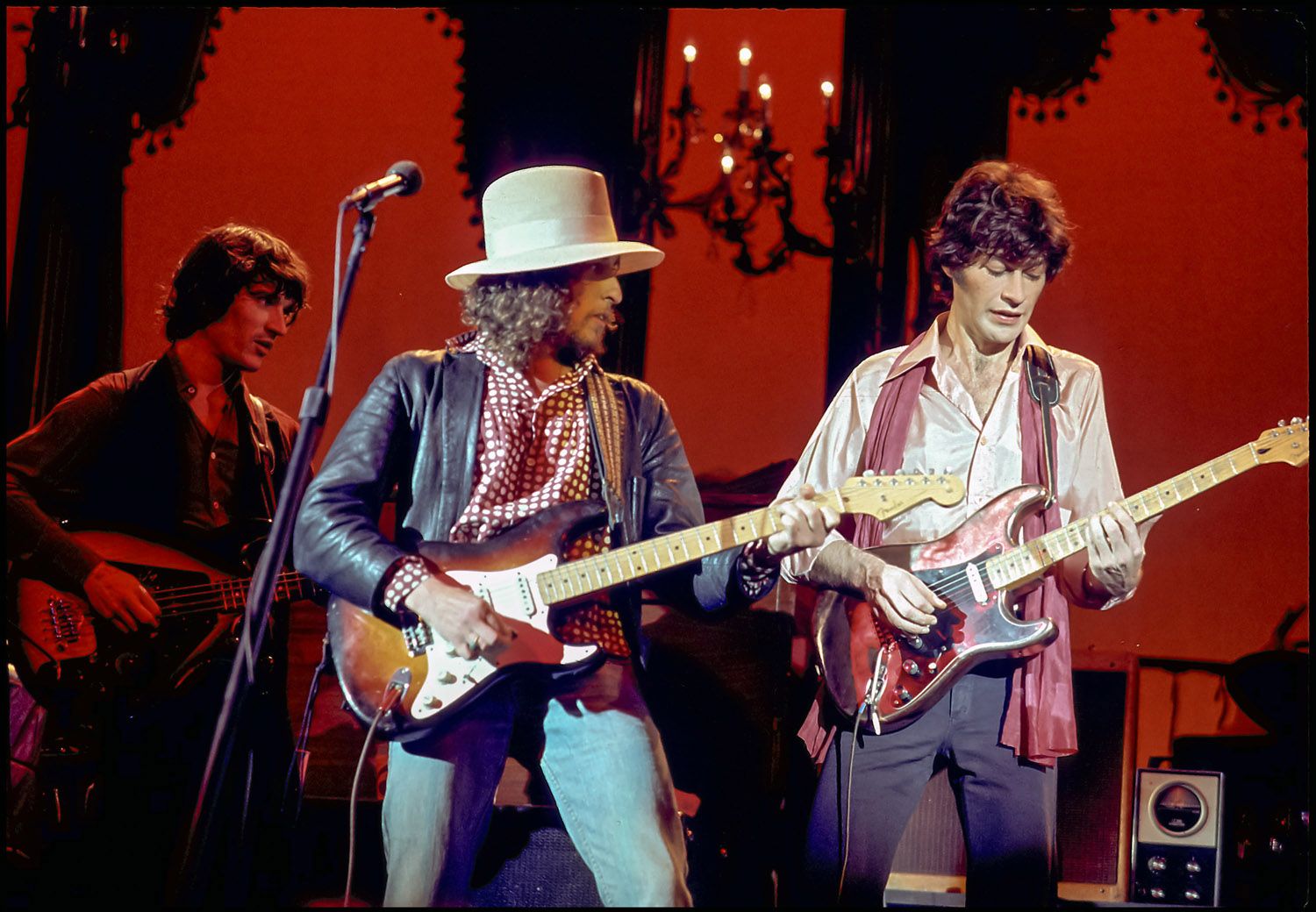 The premiere of ‘Summer of love’ returns to the screens a genre, that of concert documentaries, which was especially all the rage in the 70s, following the rise of the first macro-festivals and the progressive inclination of the big bands towards shows of cyclopean dimensions, but which since the 90s seemed relegated to the spheres of domestic consumption and the specialized festival. The following is a selection of a dozen fundamental titles that contains, for sure, omissions that some readers will consider unforgivable (they do not include, for example, that ode to excess that is ‘The song remains the same’, by Led Zeppelin, nor the solipsism among ruins of ‘Live at Pompeii’, by Pink Floyd), but which serves to trace, in large strokes, the evolution that the genre has followed in the last six decades.

Steve Binder. 1964. Recorded in Santa Monica in front of 3,000 howling teenagers and rightly regarded as the first relevant film-concert of the rock era, this groundbreaking documentary features performances by, among others, Chuck Berry, the Beach Boys, Marvin Gaye, the Supremes, Smokey Robinson & The Miracles, the Rolling Stones and James Brown, which sweeps away all his cartel mates in 18 minutes of hurricane and unlikely apotheosis soulera.

Michael Wadleigh. 1970. The alpha and omega of concert documentaries. His interest lies not so much in the quality of the performances – although some of them (The Who, Santana, Sly & The Family Stone, Jimi Hendrix & mldr;) are highly stimulating – as in its condition as a testimony of a historical moment: the one in which the colorful daydreams of the ‘hippie nation’ begin to be buried by mud and paranoia.

Albert and David Maysles and Charlotte Zwerin. 1970. The sinister epilogue of Woodstock. The Maysles brothers follow the Rolling Stones on the final leg of his American tour from 1969 to disastrous free concert in Altamont in which, in an atmosphere of chaos and violence, a young black man is stabbed at the foot of the stage. The tragic moment is captured by the cameras and reviewed, in the editing room, by a Mick Jagger with an inscrutable countenance.

Mel Stuart. 1973. When in 1972 Stax Records, oriflame of southern soul, organized a macro benefit concert at the Memorial Coliseum in Los Angeles, the best days of the company were behind us, but the documentary that keeps memory of that day, heated by the incendiary performances of Isaac Hayes, Carla and Rufus Thomas, the Staple Singers and Albert King, it’s a forceful and festive display of African American racial pride and culture.

‘Ziggy Stardust and The Spiders from Mars’

D. A. Pennebaker. 1973. The filming of the concert that David Bowie offered at the Hammersmith Odeon on July 3, 1973 provides a hypnotic portrait of an artist with unbeatable charisma and alien cheekbones who takes his game to the extreme by announcing live, to the disbelief of all attendees (including his own musicians), the death of Ziggy Stardust and the disbandment of the gang. A rock and roll suicide that ends an era.

Martin Scorsese. 1978. The farewell concert of The Band, with the contest of ‘friends’ such as Bob Dylan, Muddy Waters, Van Morrison, Neil Young, Eric Clapton and Joni Mitchell, serves a Scorsese at the limit of professional and vital exhaustion to build a brilliant elegy for a world on the way out. His phenomenal planning and assembly work benefits from the unsurpassed intensity of the performances. A totem of the genre.

Jonathan Demme. 1984. Conceived as an artistic manifesto that responded to the excesses that characterized much of the rock filmed in the 70s, Demme’s film about the Talking Heads displays a formidable arsenal of imaginative visual solutions (the progressive set-up of the stage, the absurdly large suit of David Byrne & mldr;), but it is the overwhelming performance of the band the one that hopelessly hijacks the viewer’s attention.

Prince. 1987. In order to boost the commercial career of his double album of the same title in the US, Prince decided to film a couple of concerts of the triumphant 1987 European tour and release a movie from there that could be released in theaters. Unhappy with the quality of the picture and sound, he re-shot almost the whole thing in his Paisley Park studio. The result is a vibrant monument to the perfectionism of the Minneapolis genius.

‘Awesome: I fucking Shot That’

Nathaniel Hörnblower (Adam Yauch). 2006. The Beastie Boys give another twist to the concept of a concert documentary by delivering 50 portable cameras to as many members of the public in New York’s Madison Square Garden with the only instruction not to stop recording at any time. From the heroic post-editing work comes a film that is inevitably rough and confusing, but loaded with energy, immediacy and fun.

‘Shut Up and Play the Hits’

Will Lovelaces, Dylan Southern. 2012. The film with the best title of the lot picks up the tumultuous farewell concert of LCD Soundsystem, documenting the activity of the ‘frontman’ James Murphy in the hours leading up to the performance and into the morning after, and includes an eye-opening interview conducted by writer Chuck Klosterman. That the band resumed activity after only three years does not detract from an iota of magnificence.