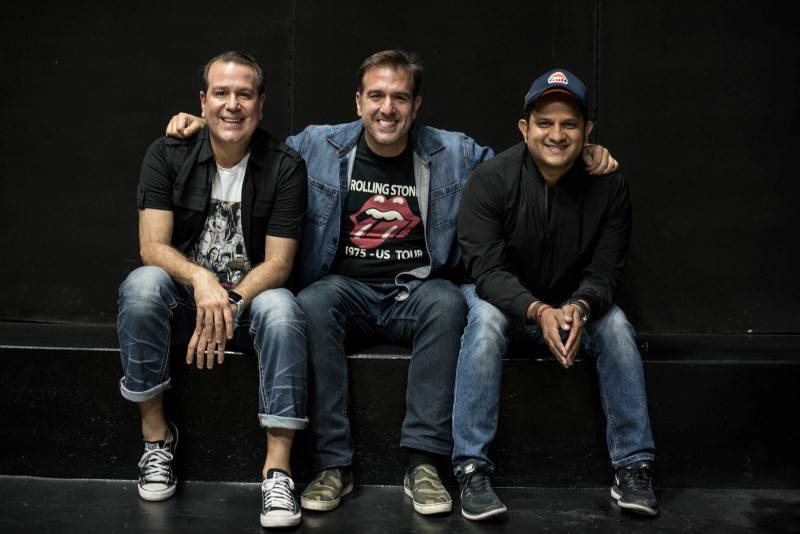 The show will be this Saturday, October 30. This is the first concert (with reduced capacity) that Ecuadorians will offer since the beginning of the pandemic.

We have sung their songs, we have danced them, dedicated to another person and they have accompanied us, even, in moments of loneliness, spite and joy. Three outstanding Ecuadorian musical exponents will be the hosts this Saturday, October 30, of the concert Together but not mixed.

AU-D (Martín Galarza), Tranzas (Douglas Bastidas) and Los Intrépidos (Antonio Hanna, Miguel Cabrera and Luis Caputi) return to the face-to-face stages with this show that will take place in the Historic Buijo (you enter through the access road to Ciudad Celeste and El Cortijo, in the km 9,59).

“We are super happy, it was an idea of ​​José Vicente Habze (organizer), he bet on the three bands and the reaction of the public of being so long without leaving, which has generated a good acceptance of the show. We have known him for many years, at the time he took us on a tour to Spain “, he says. Luis Caputi, from Los Intrépidos.

Caputi assures that a year ago 8 months they have not appeared in face-to-face shows. During the pandemic they offered concerts online However, this is the first in person (with reduced capacity) that they will do in the country together with their fans.

In tonight’s show, according to Caputi his repertoire will have his classics I do not believe it nosy, Mercedes, Blue beach, Single, Because of you.

The trio presented the theme last year Tricolor life, “That talks about the Ecuadorian’s claw for sports, adversities, especially because of what we all had to live through due to the pandemic, and how we knew how to get ahead,” adds Caputi. The group is close to turning 30 years of experience.

“For my part we are super excited to be there (at the concert), we did streaming shows but not like this one, and how cool to meet again and play with lifelong musician friends, with whom we have shared the stage since we were 20 years until now. We have grown up in music together, “he says.

Los Intrépidos began their presentations in June 1992, at the school festivals held at that time.

Douglas Bastidas, former vocalist of Tranzas, it will also be part of this show. He assures that they have been working on the idea of ​​meeting on stage since the previous year.

Together but not mixed, in the part where he intervenes, “it’s a show of mine with the whole band, with a repertoire of Tranzas, some soloist hits and I’m going to release two songs, I fell in love and My baby, that are part of my new album titled UlTranzas “, details.

Bastidas also plans to perform with other artists on different dates.

José Vicente Habze, organizer of the show, pointed out that these talents were present in the 90s and are good friends, but curiously the three have never shared the same concert. “The expectation of the people is incredible to be able to attend a show by these three great artists on the same stage,” he added.

The show, in addition to rediscovering the artists with their audience after approximately two years of pandemic, aims to reactivate the cultural and gastronomic industry within the framework of the commemoration of the 66 years of cantonization of Samborondón.

Together but not scrambled the concert that unites Douglas Bastidas (Tranzas), Los Intrépidos and AU-D on stage | Music | Entertainment