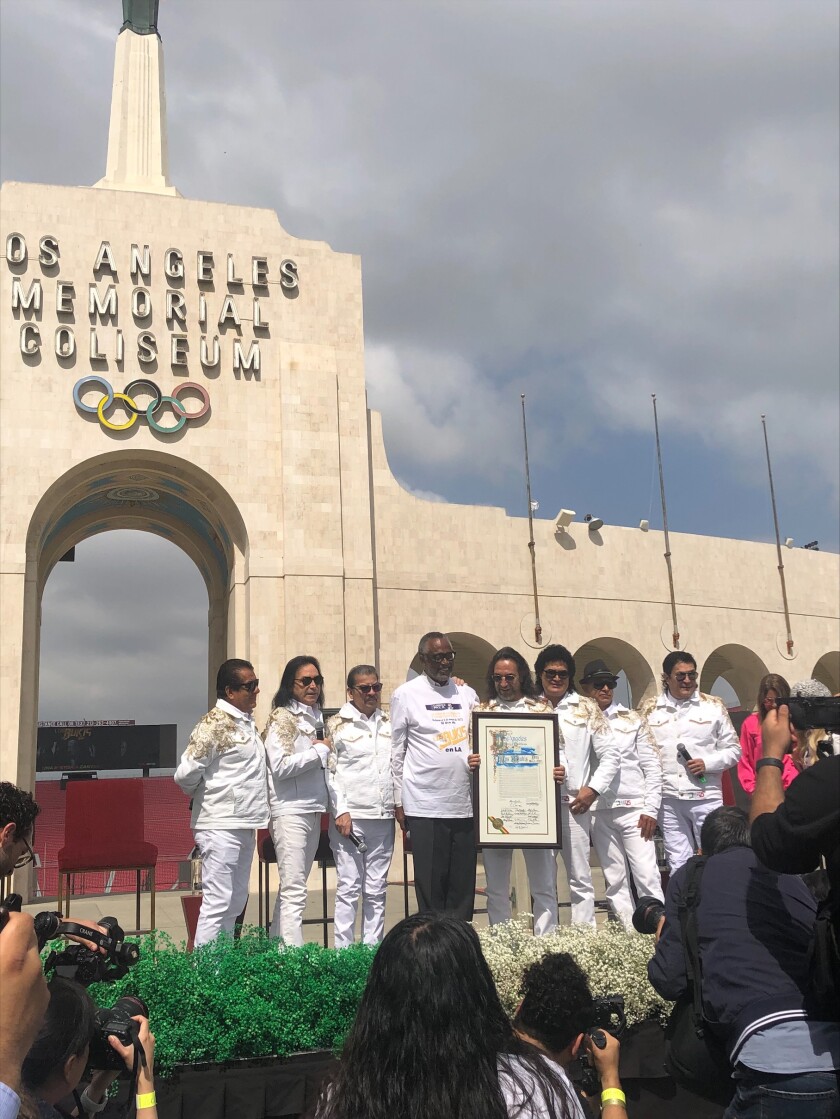 It was not enough, Los Bukis will now have to perform twice at the Los Angeles Memorial Coliseum after selling out tickets for the first date that was announced for August 18, so the production and Livenation have opened a second date for August 20, 2022.

“A Singing Story” continues to break records of call and his second presentation of this tour at the Memorial Coliseum in Los Angeles will mark his last concert in that emblematic stage of the city.

Repeating the historic farewell to Los Angeles on August 5, 1995 where Los Bukis gathered more than 60,000 people in the historic Los Angeles Coliseum, they now announce this second date that will surely break their own record 27 years later.

According to the organizers “this will be the last opportunity to live the magic of Los Bukis at the Los Angeles Coliseum and all their fans will have the opportunity to relive the incredible success that the iconic group achieved that night at the Coliseum itself and be part of it. of another unique and historic moment in the great farewell of this tour,” they said in a statement.

It must be remembered that his tour last year not only became the biggest tour of 2021, but it was also the second largest tour in the world, with 9 sold-out stadiums and the presence of almost half a million fans, with what which the group won the Billboard Music Award for “Best Latin Tour”.

The “Una Historia Cantada” tour also allowed Los Bukis to be the protagonists of the biggest viral trends among the Latino community in 2021, as thousands of fans posted on social media the moment they gave their parents the tickets as a gift. of Father’s Day.

These two dates in Los Angeles come after having become the first Latin artists to show up and fill to capacity for two nights at SoFi Stadium on August 27 and 28, 2021.

As a gesture of gratitude to their fans for the success of their presentations, and the full house of the first date at the coliseum, Los Bukis have just announced to the media that they will be “offering a special promotion called “DAD + 3” with which fans will be able to get 4 tickets for the price of 3 for the US concerts.”

The second date at the Coliseum will close the series of concerts that includes presentations at MetLife Stadium in East Rutherford, New Jersey (July 30), at Allegiant Stadium in Las Vegas (August 12), and at the Gorge Amphitheater from Washington (August 26). Tickets for the general public will go on sale Friday, June 17 at 10 am PT through livenation.com

MARCO A. SOLIS AND THE BUKIS