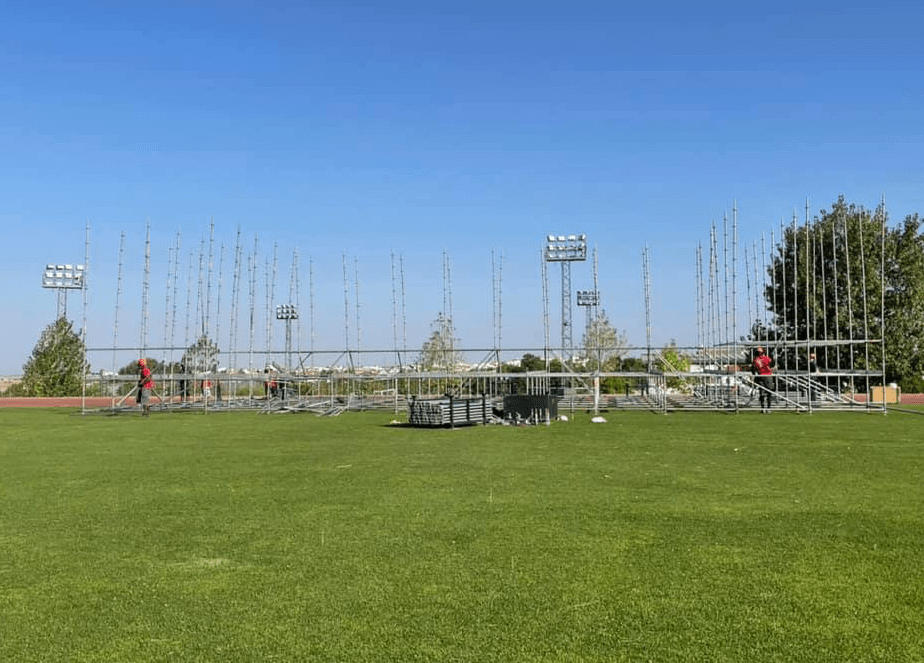 Security, access, parking, temperature controls, everything is ready for the first Slow Music concert in Pozoblanco. The Colombian artist Camilo will open this edition of the Pozoalbense Festival that will continue in September with Amaral and María José Llergo. The main novelty with respect to previous editions will be the stage since the golf course is left behind so that the concerts are located on the athletics tracks of the Fairgrounds. A change motivated by the health situation, which is precisely the other change, since Camilo’s will be the first major event in the town after the outbreak of the pandemic.

The assembly is already finished, waiting for the artist to carry out the sound check on Wednesday afternoon, as well as a device that was agreed at a meeting on Monday morning. As specified by the Councilor for Celebrations, Eduardo Lucena, the security device includes four Civil Guard patrols, another four from the Local Police, 15 Civil Protection volunteers and 30 private security personnel. All this, to control a concert whose capacity will be 2,500 people.

As for the entrances, there will be a first control with temperature taking and then a later one where the entrance will be read and the spectators will be accommodated. The doors will open two hours before the concert, that is, it can be accessed from 8:00 p.m. At first, the idea is that vehicles do not enter the Fairgrounds. For this, two parking areas have been set up.

Eduardo Lucena told this newspaper that “we recommend that you do not leave later than 9:30 p.m. and that the people of Pozoblanco do not use the vehicle because there is a high percentage of spectators who come from outside and that they will do so by car.” . In addition, he indicated “to be satisfied” by the chosen scenario once the golf course was ruled out due to the complexity of the transfers given the current health situation.