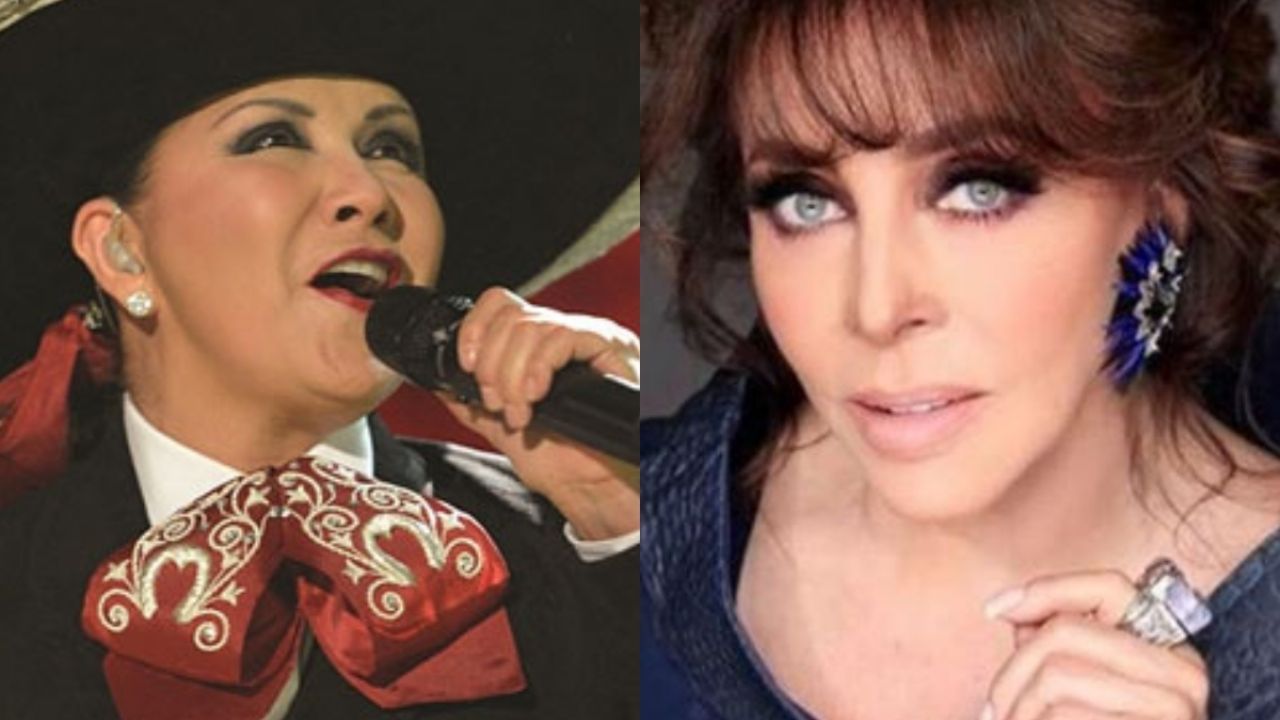 In recent weeks, various personalities within the artistic guild, both in music and acting, have generated controversy as they have been remembered on social networks by their thousands of fans, as is the case with Ana Gabriel.

Let us remember that it was last Wednesday, November 3, that the singer Ana Gabriel revealed his star on the Hollywood Walk of Fame by fulfilling a promise he had made to his parents years before.

Under this panorama, the famous singer has remained active in her social networks but especially in the media, where she has inquired about her private life, specifically about her love relationships.

The relationship of Verónica Castro and Ana Gabriel

Specifically, we refer to the relationship he had with the actress Verónica Castro, because although it was never confirmed by any of the celebrities, various rumors of people close to them were generated; The two met more than 30 years ago and that from that moment, according to a quote made by El Imparcial, “from that moment there was a crush.”

In fact, it was the journalist Jorge Carbajal who recalled that the artists were called “comadres” and that Castro always went to the concerts of the famous singer of “Simply friends.”

In short, Ana Gabriel’s stylist revealed that the singer was very in love with Verónica Castro, but that their relationship became a forbidden love, this after Castro did not want to make the romance public or accept it, since they frightened him the criticism it might receive.

For this same reason, the famous women ended their relationship, since they wanted to keep the union a secret, but Castro felt exposed on several occasions, which made him decide to break ties with Ana Gabriel.

Maria Guadalupe Araujo Yong, was born in Guamúchil, Sinaloa in Mexico, on December 10, 1955, who is a Mexican singer-songwriter and composer with Asian descent, and who is known as “La Diva de América” ​​and the Moon of America.

It should be noted that the famous singer of “Only Friends”, has received more than 13 awards throughout her career, such as the Diva of America? and the Moon of America, but also some musical recognitions such as gold, platinum and diamond records.

During his musical career, he has shared the stage and several of his musical successes alongside Armando Manzanero, Pedro Fernández, Yuri, Plácido Domingo, José Feliciano, Jon Secada, Rocío Jurado, Vikki Carr and Vicente Fernández, among others.

Ana Gabriel: The singer of “Simply friends” spoke about her sexual orientation and left everyone quiet | VIDEO

This was the FORBIDDEN love of Verónica Castro with Ana Gabriel; the actress went to all her concerts