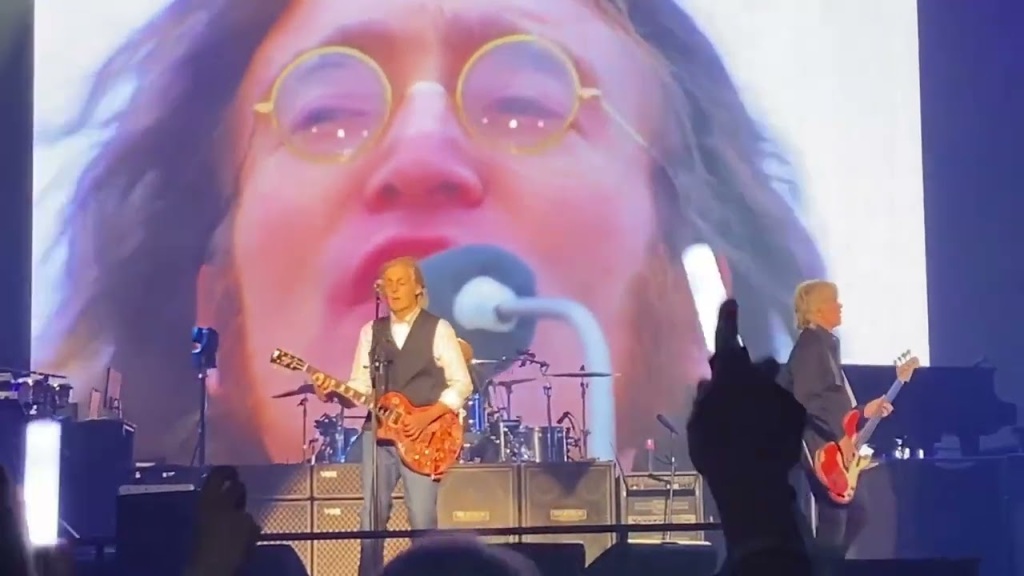 The return of concerts and festivals after the pandemic (which has not ended as such) makes many of us very happy. And how not to be if artists like Paul MCCARTNEY have resumed touring, with plenty of surprises in store for their most loyal fans.

And well, in the case of the ex-Beatle, the thing has been more epic than expected because he brought to the show nothing more and nothing less than himself John Lennon. Yeah, of course that sounds crazy, but the thing is, the iconic bassist played a video with the image of his legendary partner with everything and an isolated voice to sing a duet. We explain them.

This was Paul McCartney’s tribute to John Lennon

Paul MCCARTNEY He is about to turn 80, but he looks stronger than ever. And now that he’s back to music, it was obvious that he would do his best to put on an amazing show for his tour. Got Back 2022... but what a surprise he had in store, it was more impressive than one would expect.

Sir Paul did not skimp on repertoire for his show on April 28 at the Spokane Arena in Washington (36 rolitas no more) and pulled everything from his solo songs to his compositions with Wings, plus a good amount of Beatles themes. And it was precisely in one of these performances that he took the opportunity to pay homage to the legendary John Lennon.

After playing “Hey Jude”, McCartney returned to play the classic encore and that’s when it sounded “I’ve Got a Feeling”, another classic by the Liverpool quartet, for which he reproduced an image of Lennon on his rear screen. But not only that, since the audio was edited in such a way that -although it sounds strange- they seemed to sing a duet like in the old days. Here the proof.

And how was this achieved?

Whether they like it or not, the fans who were present at that concert must have felt enormous nostalgia upon hearing John Lennon’s clean voice with Paul McCartney’s at a concert. And although it is a recording, the moment was like making your skin crawl.

But there is trick behind this. In accordance with rolling stonethe audio of Lennon’s isolated voice could be used thanks to the fact that director Peter Jackson extracted it while preparing the documentary get-back. Paul said that Jackson texted him and told him “We can extract John’s voice and he can sing with you.”

And so, thanks to film technology and all that, McCartney just gave him a moment to remember for his fans in Washington and around the world who has seen the videos.