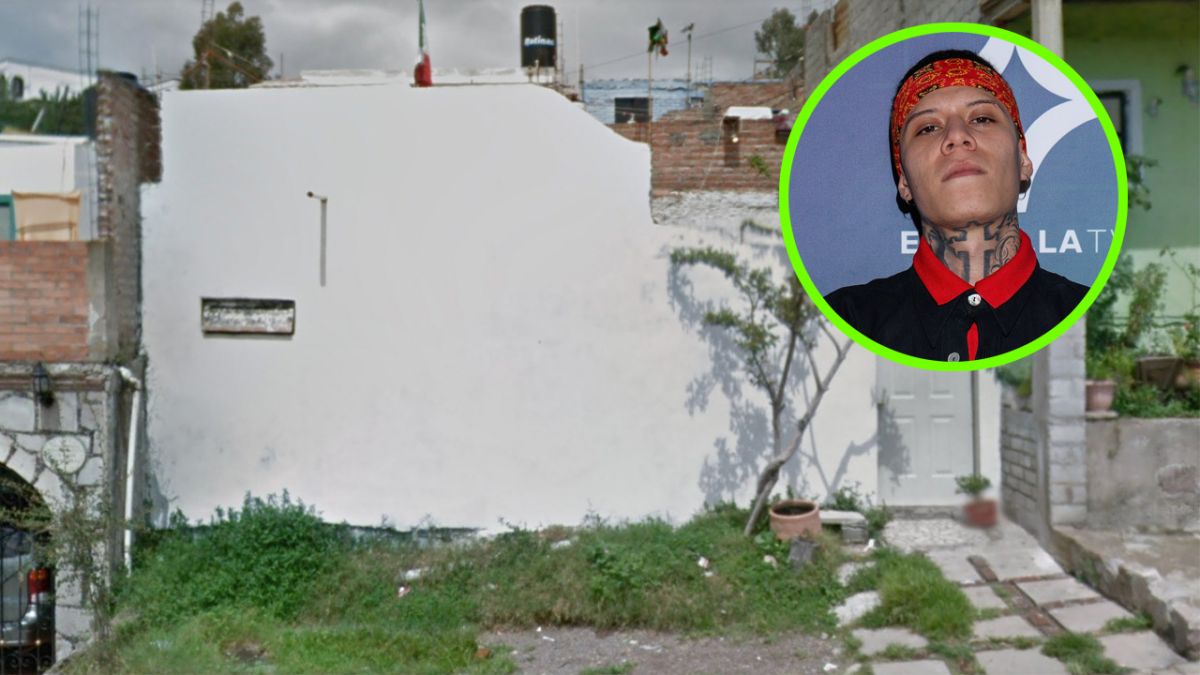 the mexican rapper Angel Quezadabetter known as Santa Fe Klan and who made the news a few days ago after it became known that he would be a father, he spent his first years of life in the neighborhood of Santa Felocated about 10 minutes from downtown Guanajuato.

There is still the house that saw him born and take his first steps in the world of music, although it is no longer for residential use, but a business, as the youtuber attested. Pepe Jux on a recent visit he made to the place.

“We are here in the house where he grew up. From what we can see right now, it’s going to be like a tattoo shop or a barbershop,” the influencer said in a video.

Thanks to this material we were able to appreciate that the property of the Santa Fe Klan no longer looks like it did two decades ago, since it was completely remodeled to give it a new twist and transform it into the musical refuge of the famous performer, as well as an opportunity for development and employment. for your community.

“There I am going to work with the entire neighborhood gang, I am going to put all the neighbors to chambear. I’m going to set up recording studios, barbershops, tattoo shops, a clothing store, a school so they can learn to tattoo and play instruments,” the rapper said in an interview he had with Franco Escamilla.

The current construction is two-story, has a small stone fence and a facade painted with various graffiti, including his face, as well as Pípila, the Virgin of Guadalupe and Jesus.

Before the remodeling, the house was like any other in the modest neighborhood in which he grew up, even the second floor remained for several years in black work, as we could testify with a photograph taken, in 2015, by Google Maps.

Despite the fact that he grew up in the midst of deficiencies, today the interpreter of ‘I must understand’ lives surrounded by comforts, to the point that he has already bought a house for his dear mother, who is the happiest with her change of life and so is he. he is, because he was finally able to get her out of the neighborhood.

Did they regret it? Alleged millionaire new mansion of JLo and Ben Affleck is still for sale
After his expulsion, these are the mansions from where Will Smith would watch the Oscars on television
Nathanael Cano rubs shoulders with the greats and records a song in Drake’s millionaire mansion
Ayes, they are inside the mansions in which Ángela Aguilar lives in Mexico and in the United States