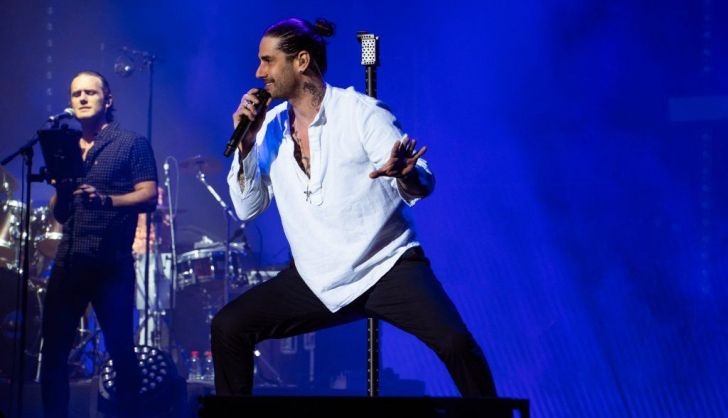 One of the attractions of this Sunday is the Melendi concert, which closes its “2021 Tour”

Songs like “No sender”, “Touched and sunk” O “Messy tears”Will sound this Sunday at the Puente Ladrillo Soccer Field, where Melendi will review all the great successes that he has achieved throughout his 20-year career.

With almost 20 years of experience behind her, Melendi is one of the most important figures on the music scene in our country With more than 28 platinum and 6 gold records, it has more than 4,000 million views on YouTube and Spotify.

Many of his great successes, now turned into anthems, are part of the recent history of Spanish music and are applauded by audiences of all ages in his always crowded concerts and surely his fans will vibrate in Salamanca.

This year the Asturian artist is in one of his best moments and, after having presented his impressive live show before thousands of spectators and having accumulated millions of listeners on the main digital platforms, he arrives in Salamanca to offer a vibrant performance to all the public that will congregate in the Puente Ladrillo soccer field.

And it is that, Melendi, has been part of the agendas of the main stages of our country that have opted for safe culture, resuming the activity of concerts in stages such as Starlite (Marbella), Teatro Real (Madrid), Plaza de Toros ( Murcia), Concert Music Festival, SOM Festival (Castellón) or Mediterranean Nights (Alicante) and Salamanca, where the artist ends his tour with sold out.

Other activities within the Virgen de la Vega cultural program

In addition to the closing of the Melendi tour, the cultural program of the Virgen de la Vega tomorrow includes the 33rd edition of the Drummer’s Day organized by the Peña Folklórica El Tamboril, with Salamanca folklore as the protagonist. Different drummers from this peña will participate in their performances and attendees will be able to enjoy the different dances and traditional costumes of Salamanca and the province. This year, the deceased Dolores Gil Montejo (zambombera from San Muñoz), Francisco García Pérez (drummer from Cepeda) and Manuel Paíno Iglesias (drummer from San Martín del Castañar) are honored for their lives dedicated to promoting Salamanca’s folklore. It will be at twelve in the morning and the invitations are sold out.

The Salamanca group The Grey Beards will perform at eight o’clock in the afternoon in the Patio of DA2. is a rock and blues band that was formed in Salamanca in 2013. Since then it has dedicated itself to giving concerts of versions in local Salamanca that support live music. Its members, from different countries of origin, reside in Salamanca and are united by a common passion for rock and blues that spans a period from the 70s to the beginning of the 21st century. Bands like Dire Strait, Pink Floyd, Led Zeppelin, Muse,… The Gray Beards have been participating for 5 years in the “Salamanca by Night” program promoted by the Salamanca City of Culture and Knowledge Foundation. The invitations are sold out.

At the same time, the Municipal Music Band will offer a concert in the Patio Chico for which there are no invitations available either.

And at six o’clock the last function of the show is scheduled “Alice in Wonderland Musical”Which will be at the Liceo Theater.