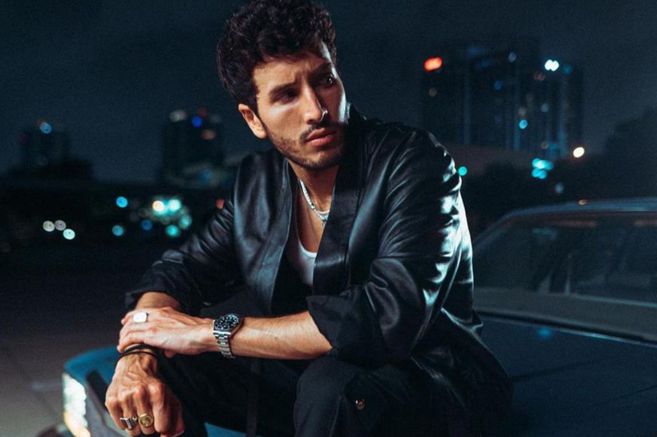 The song is a happy theme that makes stopping to dance unavoidable. The artist created and directed this fun music video with director Daniel Duran.

Sebastian Yatra premieres his new single: “Red high heels”. Presented with a video showing the Latin pop leader alongside the Spanish actress Clara Galle, and filmed in the Fernan Nuñez Palace from Madrid. During the weekend, Sebastián Yatra surprised his fans with a performance stripped of “Red high heels”, sharing his single for the first time in Central Park.

“Red high heels” It is a joyful theme that makes stopping to dance unavoidable. The artist created and directed this fun music video with the director Daniel Duran. Filmed at the Fernan Nuñez Palace in Madrid in neoclassical style with influences of classicism romantic and baroque of the mid-nineteenth century. “The song was inspired by the rays of light that illuminate the morning when entering through your window and that have the ability to take you to a totally new, happy and inspiring place”, Yatra says when referring to the lyrics he composed with Manuel Lorente. For its part, the song was co-produced with Manuel Larra, Juanjo Monserrat and Pablo Ross.

Sebastián Yatra writes and sings from the heart, as he told American Songwriter in the days after his eighth Latin Grammy nomination; this time under the category of “Best Pop Song” for his ballad “Adiós”, which was later followed by another personal and moving piece: “Late”. But her true talent is in her vocal transformation and her ability to use her voice to transcend genres and rock musically through your incessant releases as you work on your next album.

With no sign of creative slowdown, the award-winning artist also released a reggaeton piece. “Offender”, with Jhay Cortez. In addition, the Latin global superstar also transformed the Elvis Costello & The Attractions 1978 classic “Big Tears” into a smooth and dizzying version: “Llorar”.

Sebastian Yatra has shown his “charismatic stage presence” as a special guest on selected dates of the North American tour of Enrique Iglesias and Ricky Martin. Intergenerational Latin pop stars create a “musical party” when they are together on stage, according to USA Today. During his tours, Sebastián Yatra wears designs from Dolce & Gabbana’s “spring 2022” collection.

This is how “Red Tacones” sounds, the new single by Sebastián Yatra