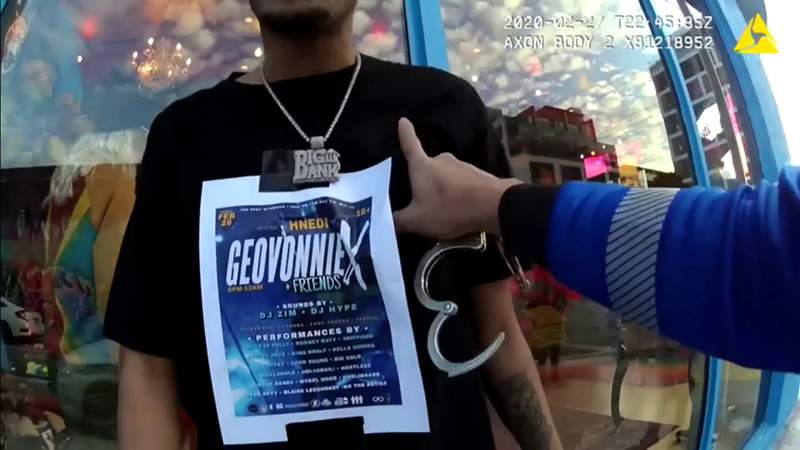 MIAMI – Landon “Geovanniex” Kinchelow said that Pedro Nava, a police officer from the Miami department, arrested him unnecessarily in the Wynwood neighborhood, left him in jail and all because of a paper.

Kinchelow said he was accused of resisting arrest because the police wanted to rape him, even though he was already handcuffed and following orders.

“He put his foot behind me, I didn’t allow him to hit me on the ground,” Kinchelow said.

Miami Police Chief Art Acevedo said it was “an appropriate arrest.” Internal affairs investigators for the department concluded that Nava did nothing wrong. After reviewing the case, members of the civil investigation panel agree with Kinchelow.

It all started when Nava saw Kinchelow hanging up posters. Like many artists at Wynwood, the musician was using them to promote one of his rap shows.

Nava from his patrol used a loudspeaker to yell at him to remove the poster. Kinchelow removed it and thought the problem was over, but it was only beginning.

Nava got out of his cruiser and asked Kinchelow for his ID. He told her he didn’t have it.

“This is going to go really bad if you don’t turn around,” Nava told Kinchelow.

Nava handcuffed him and led him to a police car as he entered the building to tell a store clerk what had happened. The employee said they allowed artists to put posters on the outside wall of the store.

“I can accuse him of vandalism, but you agree to let him put things on your property, so that’s fine, he won’t be charged with vandalism,” Nava told him.

“It takes money to remove these flyers,” Acevedo said even though there was no charge of vandalism.

The investigation panel is expected to write a formal letter to Acevedo with its findings and recommendations. Acevedo will then have to take them into consideration. He said he will be reviewing processes with internal affairs investigators from the department.

Video report at 11 pm in English