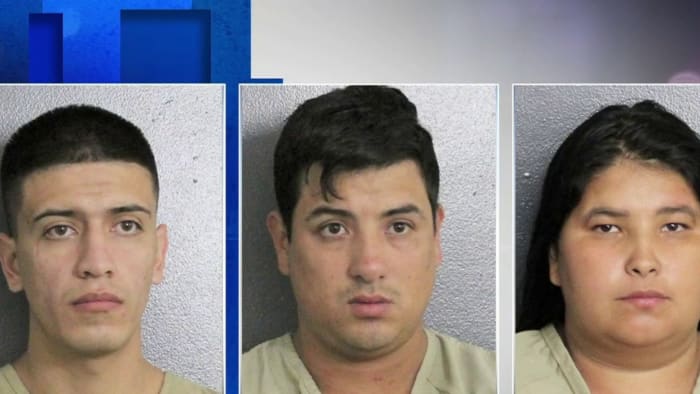 Officers arrested Wilson Garson, 23, Piter Japol, 27, and Yesica Castellanos, 28, on Saturday night, accusing them of stealing phones at the festival.

Melody Sipe, of Pittsburgh, said her attention was on the musicians onstage when a tall man behind her pulled her iPhone out of her back pocket. She sensed it and quickly turned around.

“Too easy to do, they just slipped it in,” Sipe said Sunday.

Officers had returned 18 of the 24 phones by Sunday morning.

“Security personnel and police have a zero tolerance policy for anyone who victimizes festival goers,” a spokesperson for the Fort Lauderdale Police Department wrote on Twitter Sunday.

The festival sold out. Nelly, Morgan Wallen, Luke Combs, Sublime with Rome and Thomas Rhett were just a few of the artists on stage.

Officers blocked off sections of the beach along Seabreeze Boulevard for the event that began Friday and will run from noon to 10 p.m. Sunday.

Drivers should expect delays along A1A and Seabreeze Boulevards and on Southeast 17th Street and Las Olas Boulevards. Road closures will also be in effect from 10:00 to 10:30 pm in both directions, from Harbor Drive to the southeast, as fans exit the event.

Attendees are encouraged to use a shared ride service to get to the event because there is no designated parking. To avoid fines, officials said it’s important to note that designated ride-sharing pick-up and drop-off areas are located at the Las Olas Marina at 240 Las Olas Circle.

For more information about the Tortuga Music Festival, visit this page.