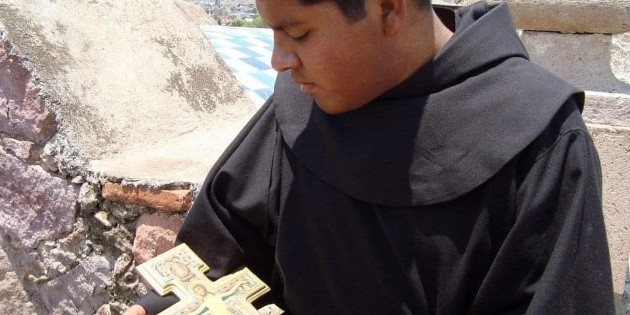 On June 12, 2021, the religious community lost one of its members. That day, Fray Juan Antonio Orozco he was driving in the van from his parish to celebrate a mass in the community of Tepehuana of Pajaritos, Durango, when he was caught in the middle of a shooting between organized crime groups on the road and lost his life.

He believed in the power of music to change people’s lives and that is why his family and friends seek to honor his memory by offering this Sunday, August 22, a concert in his honor at the Basilica of Zapopan.

Pilar Gómez-Ibarra is one of the people who have dedicated themselves to organizing this event and assures that “he reached people using music and that is why the idea of ​​the concert arose which is divided into two parts; on the one hand there are the Sacred songs in Latin, which he liked very much and the second part will be the Requiem Fauré. The requiem is a mass for the dead in Latin. “

With this concert, Pilar and everyone involved seek to remember Fray Juan Antonio doing what he liked: singing.

But they also want people who have been somehow victims of the country’s violence to find comfort:

“For me, personally, it opens my eyes to think about how many family members feel the same way about the people who have lost due to the violence we have experienced. It is a tribute to all the other victims in Mexico. We want to honor him and console him. to all the people who live this mourning and that makes it a prayer for peace. “

The choir is made up of 28 people, all singers from the metropolitan area, many acquaintances of Fray Juan who were close to him or knew his history and the rest are singers who joined the choir because of what this concert means, all are formal musicians and Most of the 12 members of the orchestra are members of the Jalisco Philharmonic Orchestra.

When and where will the concert be?

Input: To cover the operating expenses of the event, such as the rent of the organ, the production of the audio and sound, contributions of $ 130 pesos are received that can be made at the entrance of the Basilica.