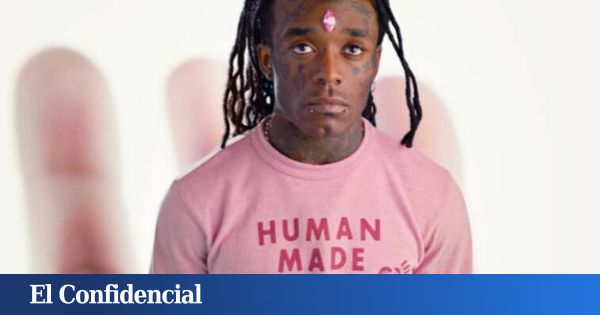 By the name of Symere Bysil Woods hardly anyone knows him, but Lil Uzi Vert is a famous rapper that fills stadiums and has more than 25 million followers on different social networks. In addition to her quality as a singer, her name rose to fame in 2017 when decided to buy a diamond rosa and embed it in the forehead.

The rapper had fallen in love with that precious stone as soon as he saw it, but as he feared that it might be lost or stolen, he decided to place it on his forehead: in full view of the world, but inaccessible. It has now been known that someone who attended one of his concerts last july tore it from his forehead in full performance.

Lil Uzi Vert has counted TMZ than the diamond is valued at $ 24 million, about 20 million euros. He admits that he saved for years to be able to buy it and has taken a long time to pay for it. But during a concert at a Miami festival, the rapper threw himself into the audience and one of those present tore off the precious stone that was implanted in his forehead.

Has got a piercing

The rapper had not told what happened until now, when he recognized that to replace his beloved diamante Rosa has got a piercing. However, the good news is that did not lose the diamondInstead, he was able to keep it and is considering whether to put it on again in the future or leave it well stored at home without it being so visible.

Lil Uzi Vert was able to keep the diamond, although he has not re-implanted it on his forehead

The events took place during the Rolling Loud festival that was held in Miami and Lil Uzi Vert assures that he got a good scare. However, he is happy with his 10 carat pink diamond how much it has cost him (physically and financially) and, for now, he is content with wearing a piercing in its place momentarily.

The rapper placed the diamond on his forehead in early 2021 and left several samples of his new look on social networks, where he claimed that “beauty is pain“Weeks later he posted a photo showing blood gushing from the implant and had to have it removed for a few weeks, although it was implanted again shortly before the Miami festival.