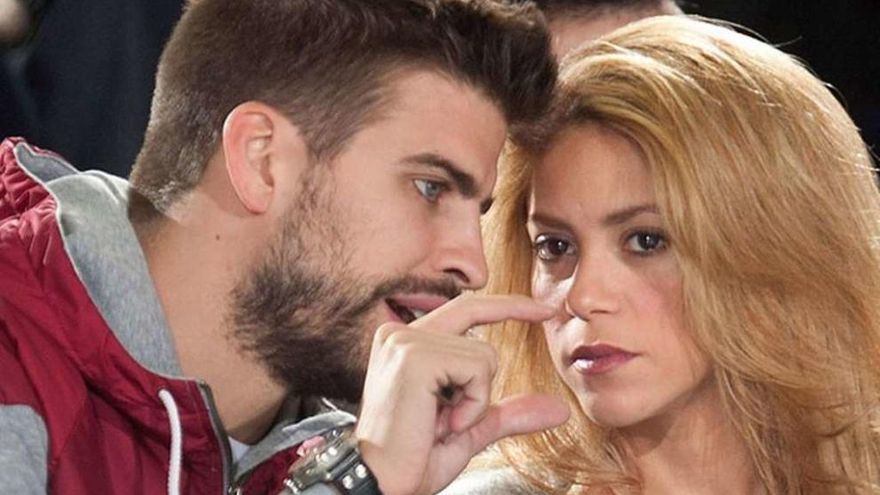 These are not happy days Shakira. The Colombian artist is going through a complex present due to the love break she suffered with Gerard Piquédue to alleged infidelities that the defender of the Barcelona. In the last hours, the soccer player signed the authorization so that the singer could travel with her children Milan and Shasha to Miami, where he decided to take refuge from the terrible present he is going through.

Faced with the harassment by the press suffered in the property where the entire family lived, Shakira requested the possibility of settling in the state of Florida with the little ones, 9 and 7 years old; a fact that at first his ex-partner had refused. However, the centre-back changed his position on the condition that guarantees five first-class tickets per year to visit them and a fixed amount of $400,000 to pay off an old financial debt.

According to the Spanish media, the defender of the Blaugrana would have sent him a last farewell message, since he considers that he will never be forgiven by the singer. “I wish you the best. The important thing is the happiness and well-being of our children”, Were the words that the Catalan would have sent to his former partner.

It should be remembered that in addition to their love conflicts, Shakira will go to trial with the Spanish government, which accuses her of alleged tax evasion of a figure close to €14.5 million ($15 million). pop star of 45 years “She fully trusts her innocence and, therefore, does not accept a consent,” said the firm that represents her Llorente and Cuenca in an official statement.

The Spanish prosecutor accused the singer in 2018 to evade payment of 14.5 million euros in taxes on income obtained between 2012 and 2014. Thus, she faces a possible fine and prison sentence if convicted of tax evasion. Details of his treatment by prosecutors were not immediately available and no specific trial date has been set.

The public relations firm Shakira said that the artist has deposited the amount that she supposedly owes in the Spanish Tax Agency and that it has no outstanding tax debts. Furthermore, the artist’s residence is at the center of the case, as prosecutors allege that she lived primarily in Spain despite having a official residence in Bahamas. Meanwhile, the creator of Waka Waka will move away from the stage for a while and will temporarily settle in the United States.

New chapter in the scandalous separation of Piqué and Shakira: the silent role of Alejandro Sanz
Fake or real? They broadcast a video of Piqué listening to Shakira at full volume at the exit of Barcelona training
They revealed Piqué’s tricks to be unfaithful to Shakira without being discovered: side doors, exclusive rooms, taxis and meetings “without phones”
The two non-negotiable conditions that Gerard Piqué gave Shakira to move to Miami with the couple’s children

A study warns against "extrapolating" encouraging results from a concert-test in Barcelona
Aborted postpones its next concerts in Spain | MariskalRock.com
Metallica: James Hetfield's first concert on guitar was at a high school during lunch break - Marisk...