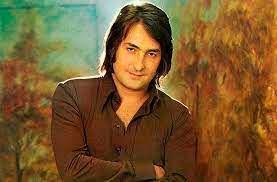 After more than a decade compiling documents and testimonies from family and friends, Darío Ledesma, creator and person in charge of Nino Bravo’s official website, publishes the first authorized biography of the Spanish singerwho died 49 years ago in a traffic accident, which invites us to discover “the person behind the myth”.

“Brave boy. Voice and Heart”, published by the Milenio publishing house, gathers in almost 500 pages the “true story of the father, husband, friend and singer” through interviews with family, friends and the people who accompanied him in his life and artistic career. , which brings to light unpublished anecdotes and documents, and wants to do “musical and historical justice” to one of the artists, still today, most influential pop music in Spanish.

“The general vision of Nino Bravo -artistic name of Luis Manuel Ferri- is of a character who became successful and left when he was at the top, but there was no explanation of how he got there, what were the barriers and the obstacles he had, his relationship with other singers of the time and learning more about the person behind the character,” Ledesma told EFE.

The author explains that one of the greatest contributions of the book is to be able to “zoom” into his childhood through the memories of his relatives, who recall in the book the music I listened to as a child on the radiohis fondness for the films of the Spanish singer and actor Antonio Molina, or the reasons that led him to move from home.

Ledesma speaks, for example, of his paternal great-grandmother, who was an opera singer and his great-grandfather, director of the choirs of the choir of the city of Valencia, or where he grew up, studied as a child and had his first friends.

Also from his first musical influences from the hand of Jorge Sepúlveda, Antonio Machín, Jorge Negrete, Carlos Gardel or Antonio Molina, and from Italian singers, especially from Domenico Modugnowho “awakened” his motivation to dedicate himself to music.

Ledesma also assures that he wanted to become a Spanish Tom Jones or Frank Sinatra, with his own voice that would identify him, and that in fact he achieved it on his latest album, in which he brought international hits such as “Mona Lisa” or “Laura”.

The book is also full of anecdotes about his musical career, from his first group Los Hispánicos to Los Superson and his solo debut with His stage nameNino Bravo, of whose choice there are also numerous versions.

The most credible, in the author’s opinion, is that of his first manager, Miguel Siurán: Nino because of the rise of names in Italian and because it sounds the same in any language, and Bravo because of his character, because although he was a shy person when brought out his temper was very “bullish”.

The story is also accompanied by unpublished photographs, of family and intimate moments that the singer always guarded with great zeal. “He defended that the family belonged to Luis Manuel Ferri and the news that was given in the press had to be strictly musical”, of his artistic facet, recalls the author.

One test was his wedding with Amparo, which he did in strict privacy. A journalist managed to sneak into the ceremony and in retaliation Nino Bravo sent the photos to an agency so that they could be published and thus annoy the exclusive.

Ledesma assures that with this work he wanted to leave a legacy about the history and trajectory of the man and his “alter ego”, with his “lights and shadows” and as objective as possible, and write the book that he, as a fan, would have liked to read.

And where would Nino Bravo have arrived today?: “I imagine him with an international success that was already projected, recording in English, he would have continued recording albums but at a different pace, to dedicate the rest of the time to producing other artists and, without doubt, linked to music”.

Of the validity of the myth “you just have to remember that ‘Libre’ was one of the songs that played when he got up confinement” due to the pandemic of coronavirus, says the author.

“His ‘fans’ needed to feel Nino Bravo present, to be able to accompany him on that vital journey that was fatally cut short on April 16, 1973”, in a traffic accident.

They publish biography with the secrets of Nino Bravo