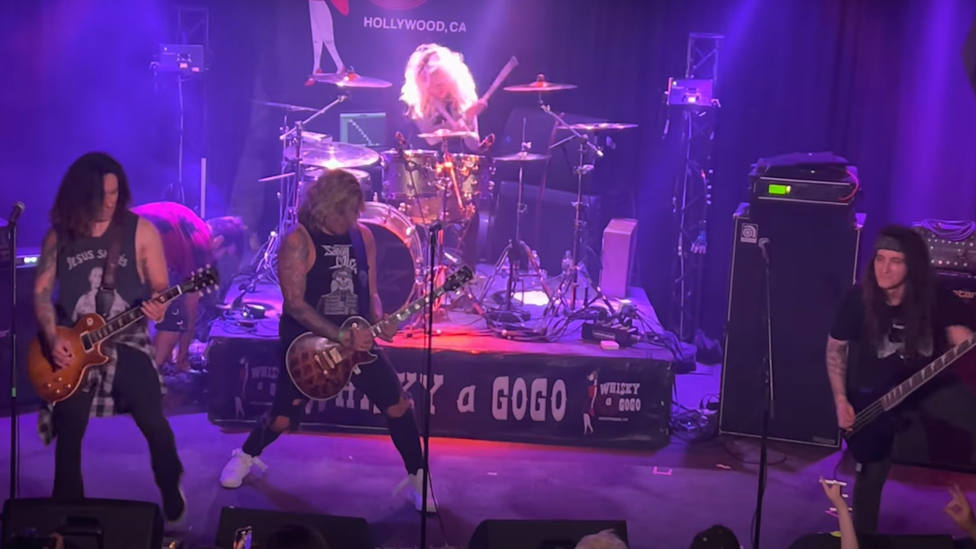 the hard rock band Santa Cruz is being the center of all criticism on social networks after a video of the group was released in which their use of pre-recorded tracks was evidenced, going viral.

In the video, the singer Archie Cruz stops singing and walks away from the microphone while performing “Under the Gun”. Even with this, the vocalist’s voice continues to sound, revealing that they were using pre-recorded tracks. Finally, the singer returns to the microphone at the beginning of the chorus of the song.

The video has caused the anger of many fans, even some who did not know the band, and, especially, the radio and television presenter Eddie Trunk.

“This is outrageous”, said the journalist. “Everyone, I take it we’re okay with this? As I have said and continue to say, this has become an epidemic that needs to stop. It’s so bad that we’ve gotten to the point where the band doesn’t even try to fake it while lip-syncing. Shocking”.

Trunk went on to explain that, in his opinion, artists who use backing tracks are cheating their fans.

“Imagine paying to see the band you like ‘live’ and it’s anything but. What sense does that make? Imagine that you are in a band that presents its work live, and it turns out that there are others not, that they put a computer, and everyone talks about how good they sound. Pathetic. It’s the norm in pop, but this has to stop in rock. Bands, fans and promoters have to worry that a live show is actually live or it will only get worse. What madness.”

According to his biography on digital platforms, Santa Cruz has “the only mission to play hard rock/metal the way it’s really meant to be played.” The biography also boasts of the “intense showmanship from the band and true mastery of their craft”.

Truly amazing that we are in a world now where to some believing a LIVE rock show should be actually LIVE is a controversial opinion. Have that argument with the many artists that do actually pride themselves on delivering live and putting the work in. Unreal

Now, rock fans and musicians alike have responded to Trunk’s criticism of Santa Cruz, referring to the clip as “pathetic“, “blatant farce” Y “the most pathetic shit I’ve ever seen”.

WOW! This is the lamest shit I’ve seen in a hot minute!! https://t.co/vlmrxSsVXy

In response, Santa Cruz has insisted the incident was simply a publicity stunt.

“Pro tip: screw up a live stream on purpose and get free publicity”the band wrote on Instagram. “You all bought that shit.”

They destroy this rock band by accidentally revealing that they lip-sync: “This is outrageous”