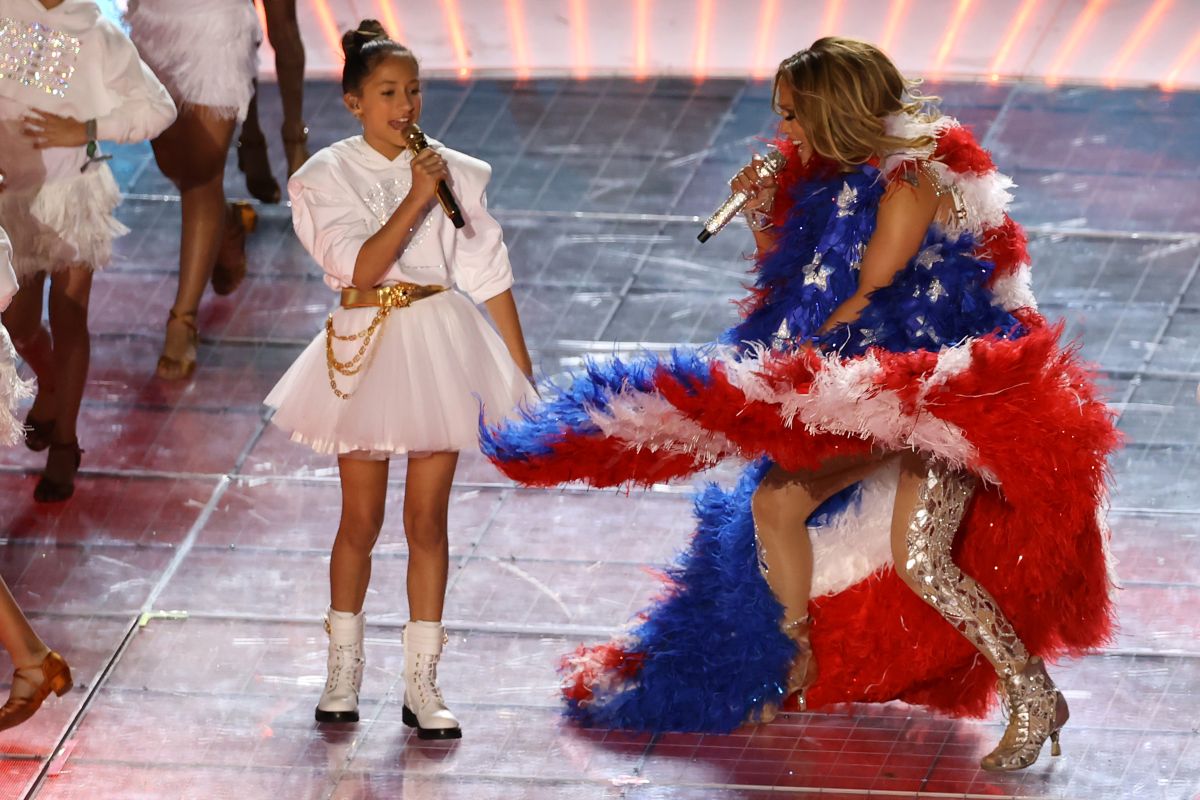 Singer Jennifer Lopez He had a presentation at Dodgers Stadium in Los Angeles, a show that he decided not to do alone because he was in the company of his daughter, Emme Muñiz. What is striking about this show is that at the time of presenting it, he preferred to do so with inclusive languageWell, he said “elle”, which would be “they/them” in their language, thus they end up referring to those individuals who do not feel part of the female or male sex.

“The last time we acted together It was in a big stadium like this and I ask them to sing with me the whole time. So this is a very special occasion,” said the ‘Bronx Diva’ at the LA Dodgers Foundation Blue Diamond Gala.

To the surprise of those present, the businesswoman was using that language at all times to refer to everything that had to do with her 14-year-old daughter, as she added that: “She is very busy, reserved and caring, it costs me a lot when she goes out, but she is worth every penny because she is my favorite direct partner of all time, so if you allow me (…)”.

Emme was born in 2008 in the company of her brother Maximilian David, both fruits of the love her mother had with the salsa singer, Marc Anthony.

The audience was impressed to hear the dancer speaking like this, although she could also try to give her daughter freedom to be what she really feels regardless of the criticism of society that will always end up existing.

The mother-daughter show took place just a few days after it was released through the Netflix platform the documentary ‘Halftime’, because it is there where he revealed certain important aspects and details of his private life that until then she had not wanted to mention for various reasons.

This commotion joins the infinities of negative comments that have been registered for the clothing worn by the teenager. In addition, Emme’s mother has also been criticized for allowing her to wear certain outfits that many consider to be inappropriate for her sexuality or her age.

It was approximately in 2014 when López said that at all times he would be supporting his children “whatever your sexual orientation.

It may interest you:
· Jennifer López and Ben Affleck do not stop showing signs of love or looking for their children at school
· Does Ben Affleck flirt on a dating app? The actor spoke out after the rumors weeks after knowing his commitment to JLo
· Jennifer Lopez would have made Ben Affleck sign a strange sexual agreement that he should fulfill during the marriage