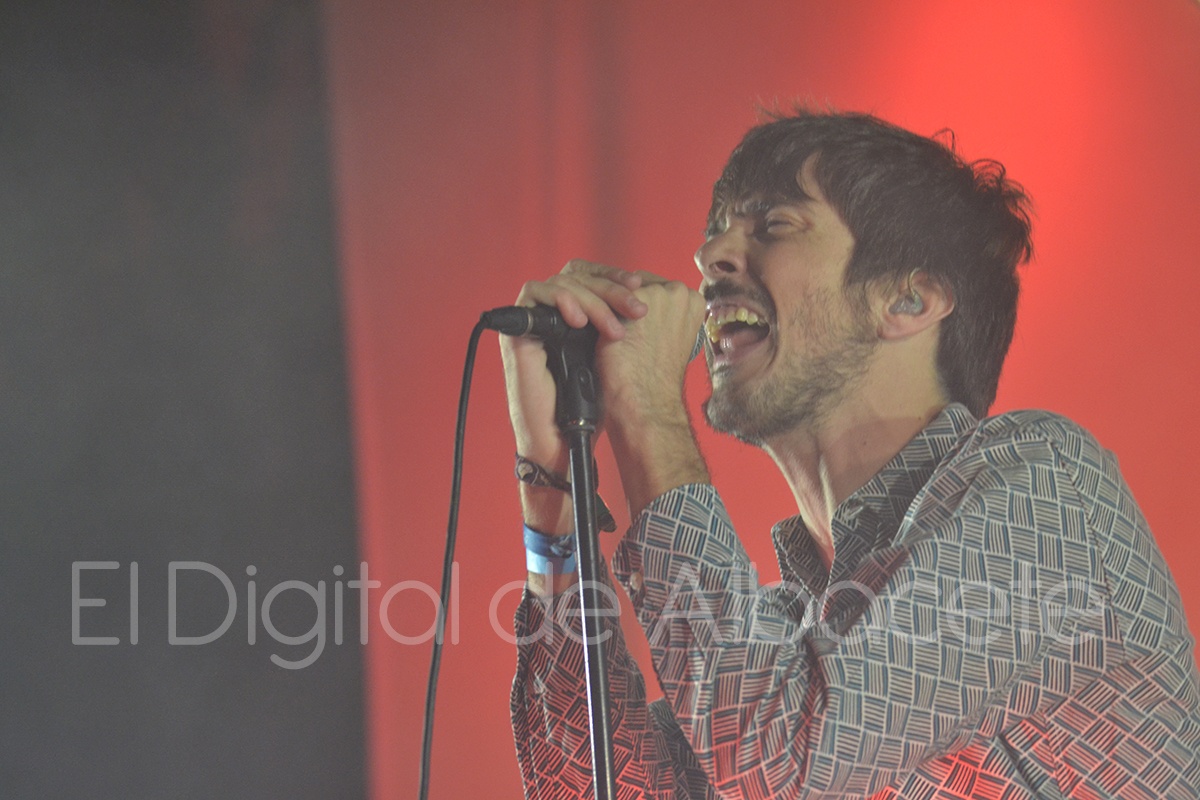 The Jardines de Fontecha have dressed up to present the program of the 65th Albacete Festival and the special musical program that the Department of Culture and Fair has prepared for the month of September. There will be 23 cultural events that will take place, mostly concerts, between August 19 and until September 17, in different areas of the city and adopting the appropriate sanitary restrictions.

“There is not going to be a Fair, this year I will not have the honor of opening the Puerta de Hierros”, the mayor, Emilio Sáez, began by saying, but then he stressed that he was proud of the cultural and musical programming that has been presented for the months August and September, “few cities in Spain will be able to boast of a cultural offer of this level this year, which I am sure will be the prelude to the 2022 Fair, which will be the best Fair in recent times”.

Emilio Sáez has been in charge of closing this presentation, in which the Councilor for Culture and Fair, Vicente Casañ, has shelled out the programming that will bring more than 40 artists to Albacete that will make it possible for the city to “have a high cultural offer ”Said Casañ, since artists and bands such as Rozalén, José Luis Perales, Vetusta Morla, Ara Malikian, Miguel Ríos, Second, Loquillo or El Barrio will pass through Albacete, among others.

Some of these artists have expressed, through videos that have been screened in the presentation, their desire to perform in Albacete, such as Maria Rozalén, which opens in the Plaza de Toros, or Miguel Ríos. Yes, the Social Security singer, José Manuel Casañ, has been present at this event, who has conveyed the emotion that artists feel at a poster like the one presented in Albacete, which offers them the possibility of returning to the stage.

A return that is made by being especially careful with sanitary measures, as stated by Ángel Sierra, who has intervened on behalf of the companies promoting these concerts (Aqo Producciones, Espectáculos Sáez, Mapache Events, Universal and Territorio Musical). “We spare no effort in adapting the venues to all the measures that the health authorities have, the best concert is the one in which we leave healthy and happy, infected only with the joy that we seek to be able to enjoy music,” Sierra stressed.

The 65th Festival of Albacete

Vicente Casañ explained that for the 65th Albacete Festival, which will take place from August 19 to September 1, a varied, plural, quality program has been prepared and aimed at different audiences. It will start on August 19, in the Caseta de los Jardinillos, with El BroHis songs, authentic everyday poetry, mixed with a wise combination of flamenco and Caribbean influences, will make Albacete audiences enjoy. The Kanka arrives with his tour ‘Where two fit, three fit’, in which he reviews the most important songs from his discography with his band.

The next day, Saturday, August 20, the pop group Stool He will also present in the Caseta de los Jardinillos his new tour ‘La Broma Infinita’, his most personal, different and melodic album. They will do so with a concert in an intimate format and adapted to the new restrictions, without losing the essence that is always with them on each stage.

The flamenco, a classic in Festivals, will not be lacking this year either, although the concerts will be held in the bullring of the Plaza de Toros, not in the Patio de Caballos, in order to offer a greater capacity, complying with the measures of social distance . It will be three nights with the performances of Pedro The Granaino with Sponsorship Son on guitar, on August 23; on August 24 with Reyes Carrasco with the guitar of Paco León and the special collaboration of María José Carrasco and finally on August 25 with the performance of Jose Enrique Morente with Pepe “Montoyita” on guitar. The show on that day will benefit the Spanish Association Against Cancer (AECC).

Without leaving the Plaza de Toros, on August 27 will be Rozalén the one that returns home, to make us enjoy her best songs. Rozalén has become one of the greatest exponents of the author’s song in Spanish, her live shows are always a success and this summer she has not been lacking in the main music festivals in the country. Also in Albacete he will present his new album “El Árbol y el Bosque”.

On August 28, unforgettable bands will take the stage for many, who continue to make history in Spanish music, within the Saturday Night concert, with The Guard, Invisible Dance, Social Security, The Border, The Refreshments + The Octopus

A great of music, Jose Luis Perales, will also be at the Plaza de Toros on August 30, on his farewell tour. “It will be a night to always remember,” stressed the Councilor for Culture. José Luis Perales hangs the ‘sold out’ sign in more than half of the concerts confirmed to date and his new album “Mirándote a los ojos” is at the top of the best-selling records in our country.

Theater and dance could not be absent in this Albacete Festival, there will be three appointments, with these disciplines. The first will be on August 26, in the Caseta de los Jardinillos, where the play will be performed “Dirty Wheat”, a black comedy about the film industry, starring veteran actor Nancho Novo, who masterfully represents a character of null morality. As for her co-stars, we find the well-known television actress, Eva Isanta, and the young and promising Candela Serrat and Fernando Ramallo.

In the Abelardo Sánchez Park, on August 31, the street theater show will take placeFour [4″] seconds selected Within the PLATEA program, of the National Institute of Performing Arts, premiered in Galicia in 2019, that same year it received the award for Best Show at the Galician Theater Festival. Four [4″] Seconds is a contemporary circus show for all audiences that blends acrobatics with dance and experimental electronic music. An original bet that will make us enjoy the outdoors.

And, finally, in the Caseta de los Jardinillos, on September 1, we will say goodbye to the 65th Albacete Festival with Leira. This show is a real bet, a dance and music montage, by the company Nova Galega Danza, which transports us to the harsh beauty of the work in the fields that has garnered no more and no less than 9 nominations for the MAX Awards. of this year.

After a hiatus of a few days, on September 5 we will welcome the extraordinary musical program prepared for this month, which will last until the 17th. For those days, we have prepared 11 concerts and a humor show, the funny monologues of Martita de Graná that they will dismiss this program with a good taste in their mouths.

Ara Malikian, the Murcian band Second, Vetusta Morla, Loquillo, Miguel Poveda or Miguel Ríos, will pass through Albacete. Each and every one of them will have artists from our land, singers from Albacete, as opening acts.

Oscar Molina, who accompanies us at the piano today, will be the opening act for Ara Malikian (September 7th); Normal will open the concert of Second (September 8) and The Niftys they will do the same with Old Morla (11 of September).

The band Jack love will be the opening act for M-Clan (16 of September); Carmento will give way to India Martinez (September 15) and Albacete Julia Martinez will precede Passion Vega (September 14).

Gemenco will give way to Those from the river (September 5), Swinging Cats Club will do the same with Miguel Rios (September 10) and Carajillo with Loquillo (September 13th). Miguel PovedaIt will also perform in Albacete, on September 12. Most of the September concerts will take place in the Caseta de los Jardinillos, although there will be some that will move to a venue that has yet to be confirmed.

Street Theater and Dance of the Caseta, free admission until full capacity is reached.

Tickets can be purchased from August 28 for the Patio Flamenco and the theater in Globalentradas.com, at the CC Albacetenter box office. At the Municipal Auditorium box office from August 16, and at the Plaza de Toros and Caseta de los Jardinillos on the day of the show.

The Kanka and Stool on TICKETVIP: https://www.ticketvip.es/ advance and physical in Caseta de los Jardinillos on the day of the show.

Rozalén and Perales anticipated in www.elcorteingles.es and physics in the Plaza de Toros on the day of the show.

Tickets for September’s musical program will go on sale tomorrow, also through www.globalentradas.com and of www.ticketvip.es