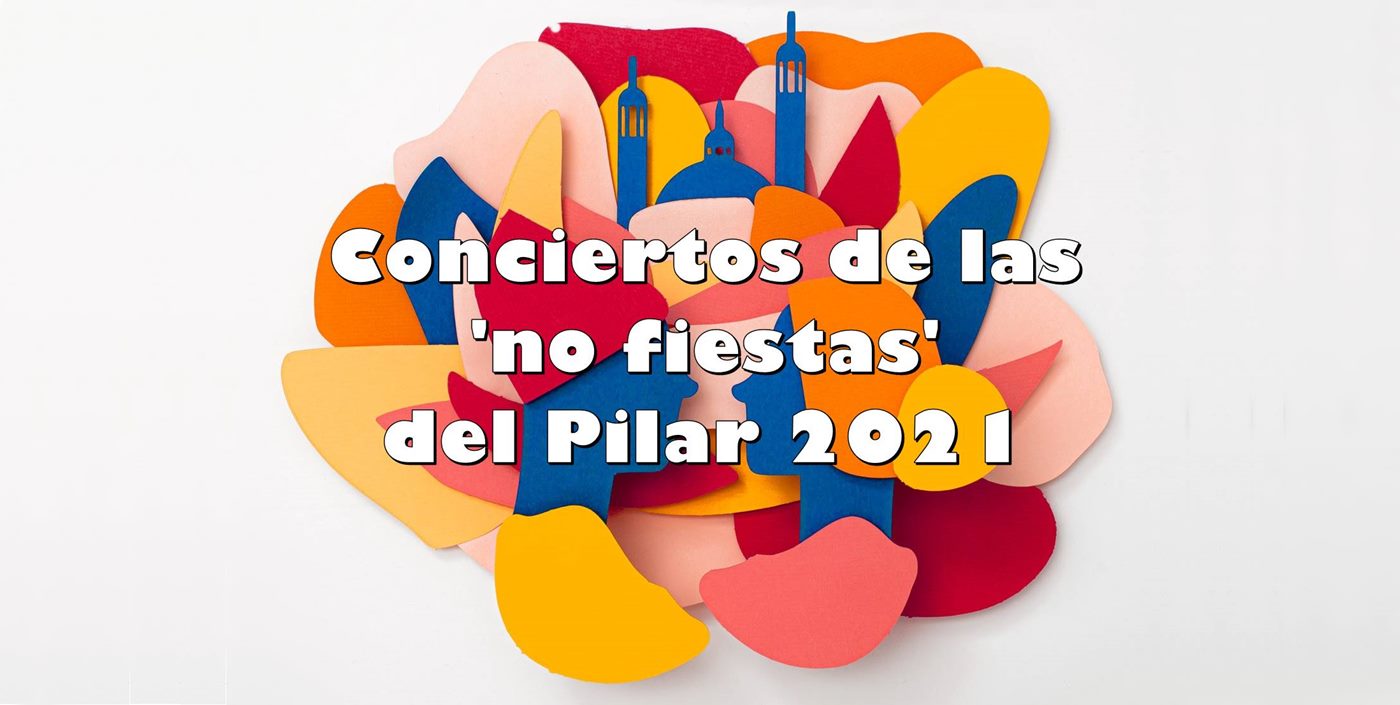 The concerts of the ‘no parties’ of the Pilar 2021 They will take place in locations such as the Winter Garden, the Water Park, the Prince Felipe Pavilion, the Zaragoza Auditorium and different rooms.

This special is continually updated. If you can provide new data, do so from this link.

As has happened in other communities, the Government of Aragon has suspended the patron saint festivities throughout its territory. At the moment until October 31. Containing the current pandemic remains essential.

From Aragón Musical we review the concerts that, even so, you can enjoy and we do it with your responsibility knowing that culture is safe. Different agendas of events in Aragonese towns have been filled this summer with ‘cultural weeks’ and programs with similar names.

In Zaragoza, then, there will be no Fiestas del Pilar. At least officially, because the number of concerts and activities increases considerably during the dates around October 12. The parties would have been from Saturday 9 to Sunday 17. The Zaragoza City Council itself is going to keep part of its scheduled agenda for its initial ‘yes parties’ and has budgeted these ‘no Pillars’ at two million euros. The Department of Health of the Government of Aragon must approve each of the activities that we can attend.

This year we will not enjoy free concerts of pop rock or electronic music in the Plaza del Pilar. Despite the jotas and folklore prevail, and there will be a space for it in the aforementioned square. The final of the Official Contest of Jota Aragonesa de Zaragoza will be on October 10 at the Auditorium of Zaragoza. Nor will we have Espacio Zity in Valdespartera.

It is expected that there will be a stage in the Water Park next to the Ferris wheel. Also in the Winter Garden from the José Antonio Labordeta Park. There is already a program closed since Prince Felipe pavilion as well as in the Audience.

Have announced Children’s activities both in Ranillas and in the Plaza de Los Sitio. The older ones will have their usual magazine show in the Mozart room of the Auditorium. Squares like San Bruno will also have music popular live.

On Saturday 9th, they will play at the Winter Garden News Carminha, Delaporte, Half Point, Raúl Monsalve and Los Outrajidos and Ms from disco. The day has the witty name of ‘Slap! The DANA edition‘. Therefore, it represents the return of the mythical festival after two years in the fridge after the Canopea festival of El Bosque Sonoro must be suspended, where these living were to take place. Tickets are available at this link.

On October 11, the Zaragoza Psych Fest program from 6:00 p.m. to 6:00 p.m. Califato 3/4, Rufus T. Firefly, My Expansive Awareness and Sweet Drinkz Dj. Clearly the group is still alive and with more desire to program than ever. Tickets can be purchased from this link.

Scenario of the Water Park

The Luis Buñuel Water Park It will have a program with different musical proposals during different days that we will add as they are confirmed,

It will be on the 9th, Saturday, when the Nogará Religada association will present its album ‘O Zaguer Chilo V’. About twenty Aragonese groups and soloists have re-recorded their music in the Aragonese language to normalize the use of this language. Some of them will play live with free admission. From San Bruno square.

Kase.O perform with his band Jazz Magnetism at Prince philip on October 7 and 8. A day later it is the turn from the same place of Fangoria. The 10th is up to Nathy Pelusor, the 11th Men G, the 12th Bad Gyal, the 13th Raw Alejandro, the 14th Old Morla and the 15th The neighborhood. The tribute group closes on October 16 God Save The Queen.

Pastori girl go to the Mozart Room at 9:00 p.m. on the 8th. The same room will host Jose Luis Perales October 12.

The Beatles, Queen, Abba and more classics of pop music will perform in the same room of the Zaragoza Auditorium with the Royal Film Concert Orchestra. It will be on October 10. Days 16 and 17 could not be missing in the same place BVocal with his show ‘The voices of Goya’.

The Popyrock celebrates 15 years of competition. It will be the 11th from Oliver’s Tunnel. Different groups that have passed through the contest at this time will play three songs, in many cases after years without performing.. It will be a completely different concert and an excuse for different groups and soloists to return to the stage.

Verro mezcal They play on the 8th at 9pm at the Rock & Blues. On the 14th we will be able to attend a single concert of Mr. Hyde after eight years inactive. Actually there will be two, since there will be two passes, at 7.30pm and 9.30pm. A few days before, on the 11th, they will participate with three songs live in the 15th anniversary of the Popyrock contest from the El Túnel Youth Arts Center. Tickets are available from this link.

On October 10 we will be able to witness from The Crazy House a very special concert, Rockin¨Pilar 2021. This date with good rock’n’roll will turn three decades. For it The bands Los Coringas and Raunchy will play. In both cases with people from Los Dinamos, who opened this event 30 years ago with The Blue Cats, Gene Vincet’s regular band. There will be two shows, one at 6pm and another at 9pm. Tickets are available from this link.

In the sala Creedence there is going to be a lot of activity, with a totally eclectic line-up with no shortage of local proposals. Captain Elephant and Ymarxa Island They play on the 8th from 7pm. Driive, Poison Rose and The Lines They will be on 9 at 12 o’clock. We can see Donallop the 15th at 9pm.

The Nights of the Ebro

In the gardens of the Ebro Sports Park, seven will be the designated appointments. Fran perea will be the one who starts this program on Saturday 9, the Aragonese Eva McBel and Begut will follow the 10th. Mikel Erentxun he returns with his live on the 11th, OF THE CAVE and Bogotá burns They will do it on the 12th. M Clan will be on the 15th, David DeMaría the 16 and the poster will end O´Funkillo The 17.

If we have left something, excuse me and contact, please, with this platform from this link.