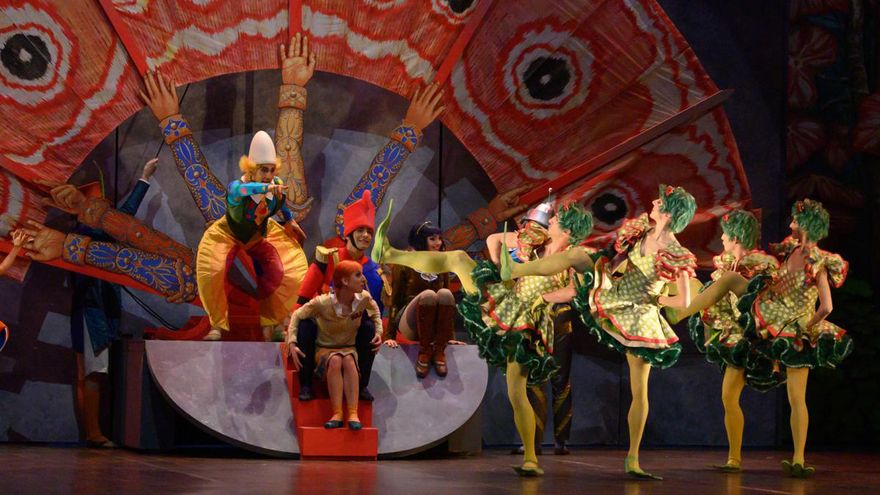 The evidence that culture is safe has not prevented the Government from deciding to reduce the capacity of cultural venues to 70% again. The new restrictions to stop the sixth wave of covid-19 will come into effect this Friday and The sector, both the theatrical and the concert halls, has been surprised, for the worse, that they did not first choose to implement the covid passport in theaters and auditoriums. At the end of the day, they are places where people always go with the mask on all the time, there is hydro-alcoholic gel, regulated entrances and exits and assigned places.

Isabel Vidal, president of Adetca (Association of Theater Companies of Catalonia), demands the collaboration of the administrations to stop this new coup. “These 15 days are the ones with the highest collection. We hope that Culture and other administrations will help us. We did not expect this reduction in capacity because security protocols are being followed in the theaters. But we understand that the situation is very complicated and we will have to go through it among all. “, has indicated.

Marina Marcos, spokesperson for the proximity rooms, has also expressed her concern: “It is a very strong blow. We hope that the situation changes as quickly as possible and that the public does not stop going to the theater, as it has been up to now, because it is not a risk space “. These small theaters have few tickets available and making a profit is more difficult for them. The numbers don’t come out. “Emotionally, this is very hard and it catches us tired. This is exhausting,” confesses Marcos. After a hard fight, theaters had only been open for a little over two and a half months at one hundred percent capacity. It was last October 15 when the capacity returned to normal.

How to decide who is coming and who is not? This is the dilemma faced by all theaters and auditoriums. At the Liceu, Palau and Auditori, they will have to contact buyers and offer alternatives, if there are any. The capacity reduction, which takes effect at the end of the week, will fully affect the Christmas show of ‘The Nutcracker’ with music by Chaicovski performed by the Ballet del Théâtre du Capitol de Toulouse, scheduled from 28 this month to January 4 . The Auditori did not have much programming on these dates and their New Year’s concert with the Municipal Band will be withdrawn from the sale before reaching 70%. In the Palau, the most complicated thing will be to cut seats in the traditional Concert de Sant Esteve.

Waiting for the “fine print”

The music sector fits the announcement of the new restrictions with a mixture of fatalism and indignation, although it chooses to wait for the publication of the decree in the DOGC, presumably this Thursday, to make decisions about the programming of the next weeks. LThe halls recall that the pandemic waves have been happening with the nightlife closed, and they regret that even so they continue to be “the usual suspects every time the numbers worsen & rdquor ;, points to this newspaper Lluís Torrents, co-director of Razzmatazz and manager of the ASACC.

This winter, with the international tours greatly reduced, the volume of concerts was below a normal year, but Razzmatazz has concerts on the agenda for the next two weeks like those of Skatalà, the ‘tribute band’ The Bon Scott Band or Lendakaris Muertos, while in Apolo they planned to host, among others, Maria Jaume, Los Enemigos and ‘Minimúsica solidari’. For now, the rooms, in dialogue with the promoters, neither cancel nor postpone, and prefer to wait for the decree to be endorsed by the TSJC and published, “with its small print & rdquor ;, indicates Torrents. The ASSAC manager adds that sometimes the DOGC text presents changes with respect to what was announced.

The Mil • Lenni Festival is on the lookout, since it has several concerts these days: one, Los Enemigos en Apolo (December 30), which would be fully affected by the closure of nightlife, and others framed in auditoriums and theaters that should reduce the capacity from 100 to 70%, an impractical measure if more tickets have already been sold than the new threshold allows (in the case of Rigoberta Bandini at the Palau, on the 29th, with the tickets sold out). For its part, the promoter The Project foresees concerts in January such as those of India Martínez (Auditori del Fòrum, day 7) and Sergio Dalma (Liceu, 9), which would be affected by the reduction in capacity. That month, on the 22nd, Barnasants it will have to start moving, and the festival fears above all for the recitals located in rooms framed in the nightlife, Luz de Gas and Harlem Jazz Club.

Theaters and concert halls, amid outrage and fatalism over capacity restrictions