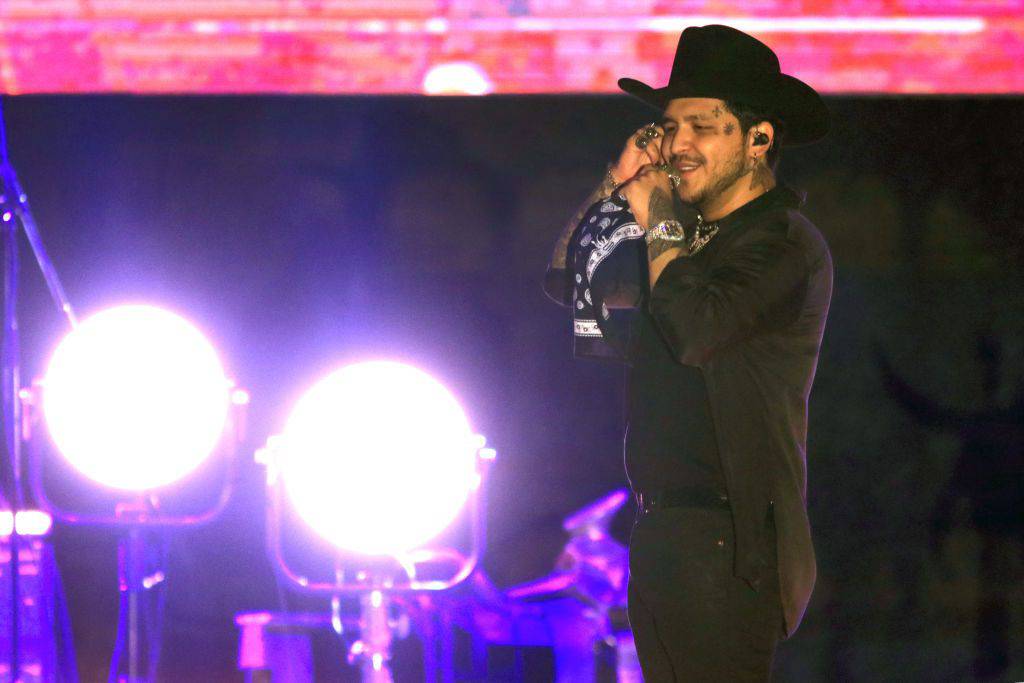 Seven days ago Mexican singer Christian Nodal performed for the first time in CartagenaThanks to the efforts of national businessmen who included La Heroica in the tour programmed by the international artist for the New Year’s Eve and New Year’s holiday season in the country.

But nevertheless, the show a few hours after opening its doors to the public faced a series of difficulties that were about to affect the presentation of one of the most important singers, at present, of Mexican regional music.

W Radio knew the way of the cross that he lived producer Robert Osorio, hired by Alive Produccions to set up the concert, who recounted the ordeal he had to face on account of the paperwork that the Mayor of Cartagena requires for the realization of this type of shows.

He indicated that given the refusal given by the District Institute of Sports and Recreation-IDER to carry out the show in one of the emblematic sports venues of the city, They had to appeal to a property located in the Chambacú sector, near the Historic Center. The foregoing meant that the projected capacity of 15 thousand people was reduced to 5 thousand people..

Once the site for the event was defined, they began to go to each of the different entities required to carry out the respective procedure, obtaining the approval of the majority in the indicated times to be able to present the documentation to the Secretary of the Interior, so that the latter grant the definitive permission.

The approval of each of the agencies involved in the process was not easy, especially with the Advisory Office for Risk and Disaster Management. Osorio points out that the officials responsible for issuing the respective certificate “were reluctant” to give a favorable response, but fortunately they managed to obtain “the green chulito.”

See also: Dadis asks Cartagena for caution due to a flu-like picture called the ‘Embrace of Macta’

Nevertheless, The biggest obstacle was presented with the Administrative Department of Traffic and Transportation-DATT, which only on the same day of the concert gave them the corresponding certification for parking lots. This was the last document that they needed to file with the Secretary of the Interior, which after presenting it a few hours after the doors were opened for access to the public, this department of the District gave them the final endorsement through Permit 0700 dated 30 December 2021.

“It is logical that they treat us like this, a great stress. Until the last hours before the event we had the permission. What’s more, meeting all the requirements, the event did not have a PMU, but we had the three ambulances with the personnel required by the capacity of 5 thousand people, to this is added that we had logistical support, for security, of only 25 policemen, “he said.

In response to this complaint, W Radio consulted the Secretary of the Interior, David Munera Cavadía, who confirmed the issuance of the permit for the concert on the same December 30, indicating that it was delivered on that date because it was until that day that the businessmen completed the required requirements.

“They presented the last of the requirements at 4 o’clock in the afternoon. The traffic authority was demanding that for the concert there be a parking lot, so if they did not have it, people would go to the concert they would end up parking their vehicles on Pedro de Heredia avenue, and that could not be allowed because this avenue is the heart of mobility in Cartagena. Therefore, they (businessmen) did not deliver the documents on time and when they did, they were given the permit, ”he explained.

Regarding why the Jaime Morón Soccer Stadium or the Argemiro Bermúdez Softball Stadium is not being enabled for events of these characteristics, Munera Cavadía indicated that the issue is specifically for the IDER. However, he specified that The possible reasons for this type of show not taking place in these sports venues is because of the effects they cause. and also because the entity that manages them wants to keep the works that, in recent years, have been carried out in terms of adaptation and maintenance.

This media went to IDER, where the Communications Area agreed to provide a formal response on the rental of sports venues for the development of concerts.