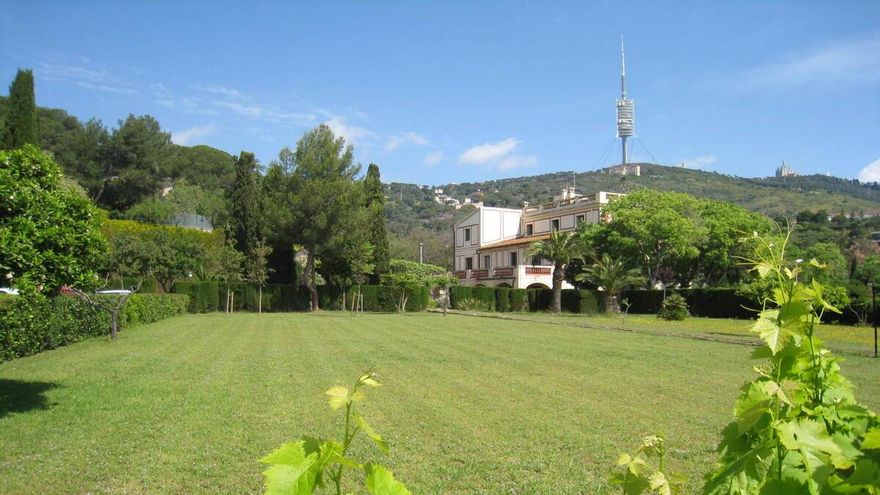 One of the classic youth dates of the summer is usually the Evenings of the UB, the series of concerts organized by the Barcelona University that serve as a presentation so that get to know emerging artists and promote culture and music. This sixteenth edition, which takes place on Tuesdays and Thursdays from today until July 22, changes the scene and moves to the Agustí Pedro i Pons estate (five minutes from the Peu del Funicular FGC station), a privileged space located at the foot of Collserola surrounded by gardens and with exceptional views of Barcelona. There will also be a restaurant service and hamburgers gourmet. Seating is limited and admission is still free, but to attend concerts a drink with snacks must be reserved in advance (from 5 euros). Reservations are now available in his web page.

Let’s go with the schedule, which will pick up Proposals of proximity, of an independent nature and that focus on rhythm and blues, pop and neosoul with electronic overtones. The doors will open at 6.30 p.m. and, until 8 p.m., when the concert starts, the afternoon will be enlivened by the DJ’s chosen by Sin Sync DJs, a collective that investigates new identities from a feminist and non-hegemonic perspective. Those selected are Fardoe (Tuesday 13), Kelly Lo (Thursday 15), Synthetic Flower (Tuesday 20) and La Niña Jacarandá (Thursday 22).

The twentysomething Carlota Flâneur will open fire tonight, a young woman who has lived in the world of music since she was little, since at the age of five she was already asking for a violin and played it for ten years until she discovered her vocation as a singer and changed it to the guitar . He has just released his first EP, Brains, which discovers us its exciting delicate and emotional pop universe through four songs in English: Generation of the young flesh, Fun, Brains Y Thanksgiving song. His music transports us to his particular world, where feelings and thoughts are manifested sincerely and spontaneously, without filters, with simplicity and with love, without wanting to pretend anything.

On Thursday 15 it will be the turn of Bikôkô, stage name of Neï Lydia, a 19-year-old young woman from Barcelona who has just released her first EP, Aura aura, entirely in English, in which each of the six songs represents a part of the day and what they mean to her, in addition to two introductions from his aunt, who explains stories from his land. For it he has been inspired by rhythm & blues and neo-soul artists such as Erykah Badu and D’Angelo, as well as in songs from Tanzania and rhythms from West Africa, especially from their Cameroonian roots. The first single it is Feel like, which was the first one he wrote and which symbolizes the afternoon, the moment of greatest movement that percussion has symbolized. His presence and his voice are impressive and it is one of the safe bets of the new Barcelona artistic collective Cutemobb.

of the ascendant groups

Marialluisa (Tuesday, 20) is a quartet from Igualada, led by the singer and guitarist Pau Codina Oliva, who was consolidated with his metaphysical pop with his album turned into a musical medium-length film It’s for you and me. Now he hopes to repeat the success with an audiovisual trilogy of singles led by I see luck. His new songs are simple but precious, with brilliant melodies and atmospheric sounds, vital reflections and dreamlike images. They recognize the influence on their music of Canadian pop figures such as Mac DeMarco and Timber, Timbre, the Catalan Núria Graham, the folk of Nick Drake and classics such as Pau Riba, Pink Floyd or the more psychedelic Beatles. An explosive and surprising combination.

By last, Kiwis (Thursday, 22) are four friends from the Barcelona scene who make verse, chorus and verse pop. They just presented their first LP, Outer life, an album of songs performed in Catalan and Spanish. His is the luminous pop, taking care of the melodies and guitars to offer a comfortable sound. Her themes reflect everyday life, with a traditional and poetic touch, echoes of British indie pop from the 80s or Françoise Hardy from the 60s. Simple, optimistic, positive songs, although there are also some critical details. A good vibes concert that will fire these Evenings of the UB leaving us great sensations and a lot of vitality. 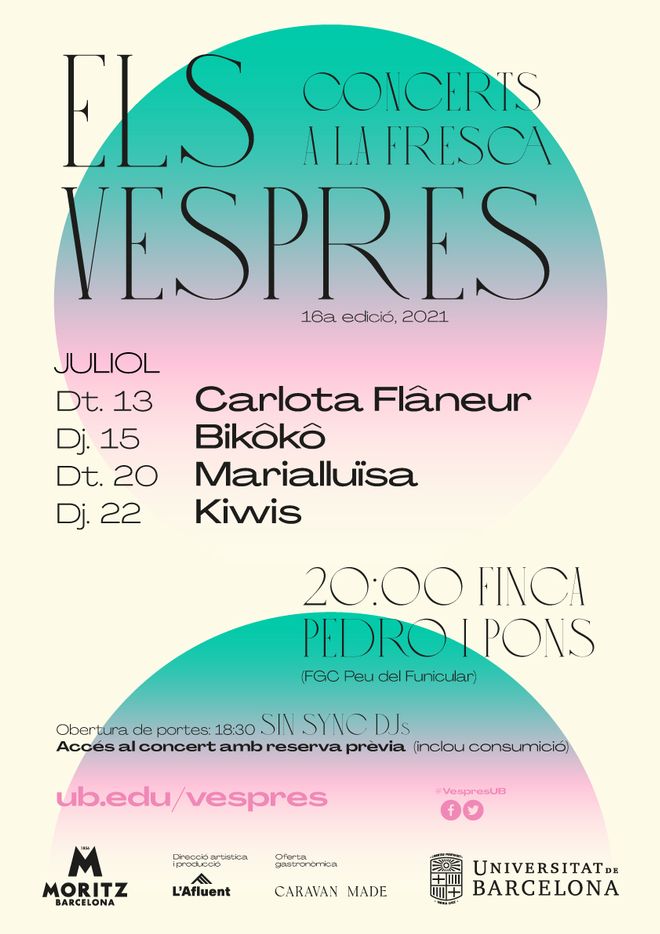 Evenings of the UB