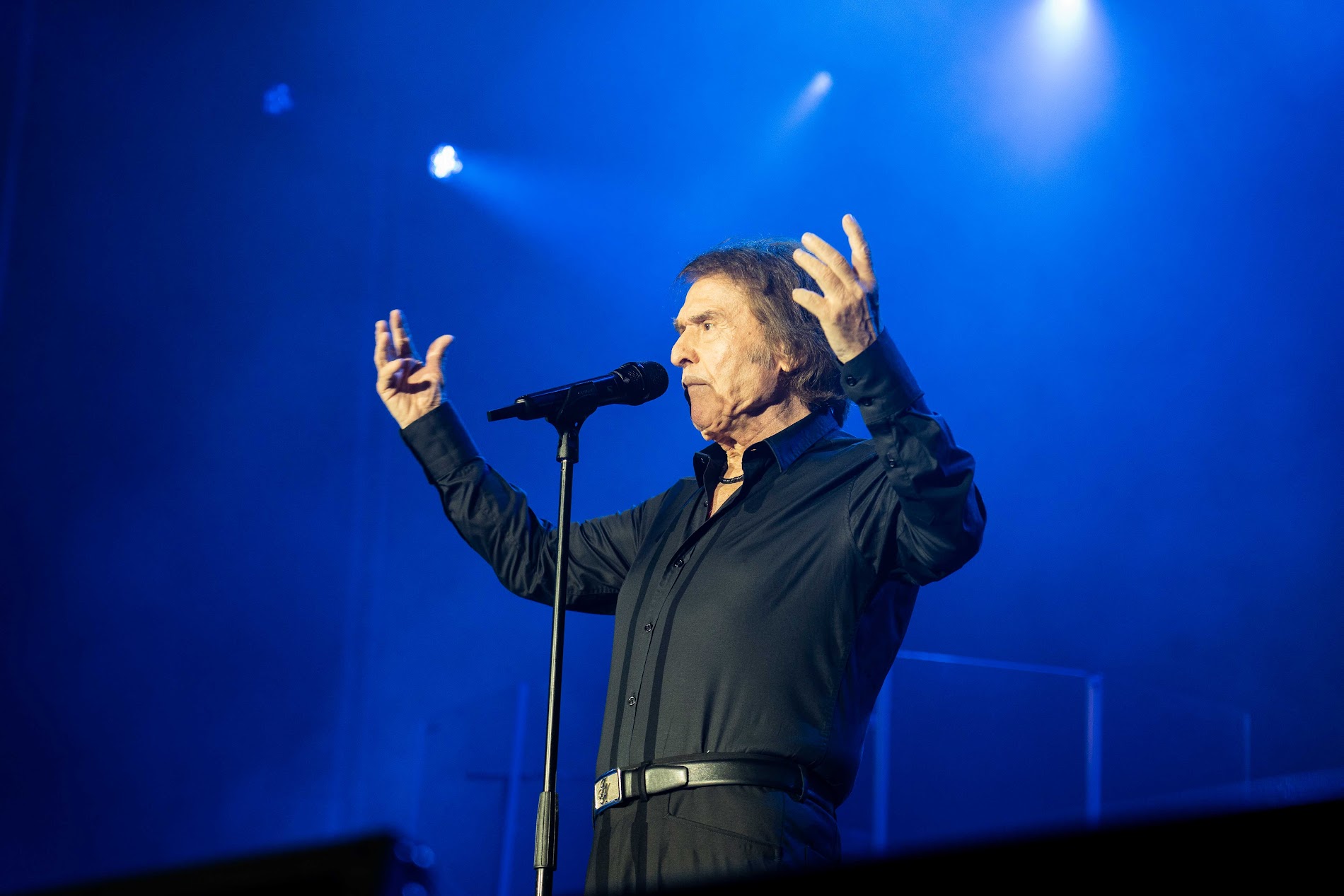 An hour had passed since the start of the concert and, in a silence between song and song, the cry of a viewer who wanted to praise Raphael. And he did it with the word that best defines him: “Artist!”. An artist from head to toe, unique, unrepeatable, delivered in every second of every song, vibrating with every note and every applause. Sixty years after going on stage for the first time, Raphael fell in love with Roquetas de Mar again.

“It is a pleasure to be here again and a pleasure to meet you.. I love you ”, were his farewell words after having performed his famous ‘Escándalo’ -with a small rap included- and before singing ‘Como yo te amo’ to close two hours of pure spectacle without any pause, one song after another, up to 26 songs, tracks, that left the audience delighted and enormously grateful for what they knew was a unique night, “a great night”.

Two hours before he had started the recital with ‘Ave Fenix’, ‘Living like this is dying of love’, ‘Don’t come back’, ‘Say what they say’, the aforementioned ‘My big night’, ‘Provocation’, ‘I forgot about live ‘,’ Ave Maria ‘and a celebrated’ Vida loca ‘. ‘Being in love’, ‘I adore’, ‘Our love broke’ and the 2020 anthem, ‘I will resist’, were other songs that made the public vibrate, as well as I am that one ‘, in which the singer proclaimed that “I’m still that one, the Raphael of always”.

On stage, a dozen musicians and a striking choir complemented the artist increasing the feeling of being before an unrepeatable show. With an audiovisual production that allowed his highly personal gestures to be followed from anywhere in the square through a giant screen, the singer from Linares did not spare his energy or voice for a single minute, despite the heat that fell on the Las Salinas arena , until the twelve chimes of midnight arrived, the time limit set by health regulations. The audience, standing, offered him a great ovation, and Raphael wanted to continue, “but we really can’t,” he said regretfully. It didn’t matter, he deserved the endless applause that caused him to have to go out up to four times to say hello.

Meeting with the mayor
Before starting the concert, the singer had a meeting with the mayor, Gabriel Amat, and the councilors Juanjo Salvador and José Juan Rubí, whom he thanked for the careful organization of the event. On their second night of concerts, all the security measures, distance between seats, temperature measurement, gel and staggered entry and exit of the venue were re-implemented in the Plaza de Toros.

The next musical appointment of the summer will be on Thursday, August 19 with Derby Motoreta’s Burrito Kachimba, with the rock band Buy Gold as the opening act, a concert whose proceeds will be destined for charity purposes and which has a price of 3 euros at the box office and 4 on the internet: www.roquetasdemar.es/verano