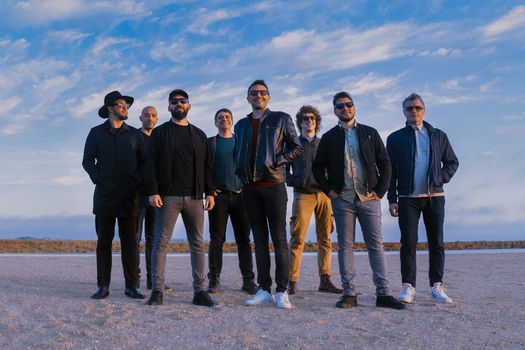 The tour comes after the release of No Te Va Gustar’s tenth album, “Luz”, a direct, hard-hitting rock album, with the band’s stamp and completely new searches.

After his sold out presentations in the countries of Germany, Spain, Argentina and Mexico with his recent record work “Light”the iconic band You will not like it lands in Colombia to infect national fans with its energy and characteristic sound.

Manizales, Medellín and Bogotá will be the cities that will receive from this September 21 the group with more than 26 years of experience that will present live the successes of their musical career and the songs of their latest long-term work.

His first show in Colombia will be in the city of open doors Manizales, on Wednesday, September 21 at the Los Fundadores Theater Cultural and Convention Centerwhere in addition to the show of You will not like itattendees will be able to enjoy the musical quota of the Colombian band The Millswho will be in charge of opening this great night.

The appointment in Bogotá will be in the Royal Center Theater on September 22 and September 24 at Simón Bolívar Park in the Cordillera Festival, where they will have all the attendees sing with hits like “At Nine”, “Chau”, “Revenge”. “You have no idea”, among others.

The Theater of the University of Medellín in the city of eternal spring, will receive the tour “Light” next Friday, September 23 and will feature the special participation of the band rockawho will be the prelude to the show and performance of the Uruguayan musicians.

The tour comes after the release of the tenth album of You will not like it, “Light”, a direct, forceful rock album, with the stamp of the band and with completely new searches. A plate with 12 songs and top-level guests that reflect the breadth pursued during the more than 26 years of his career.