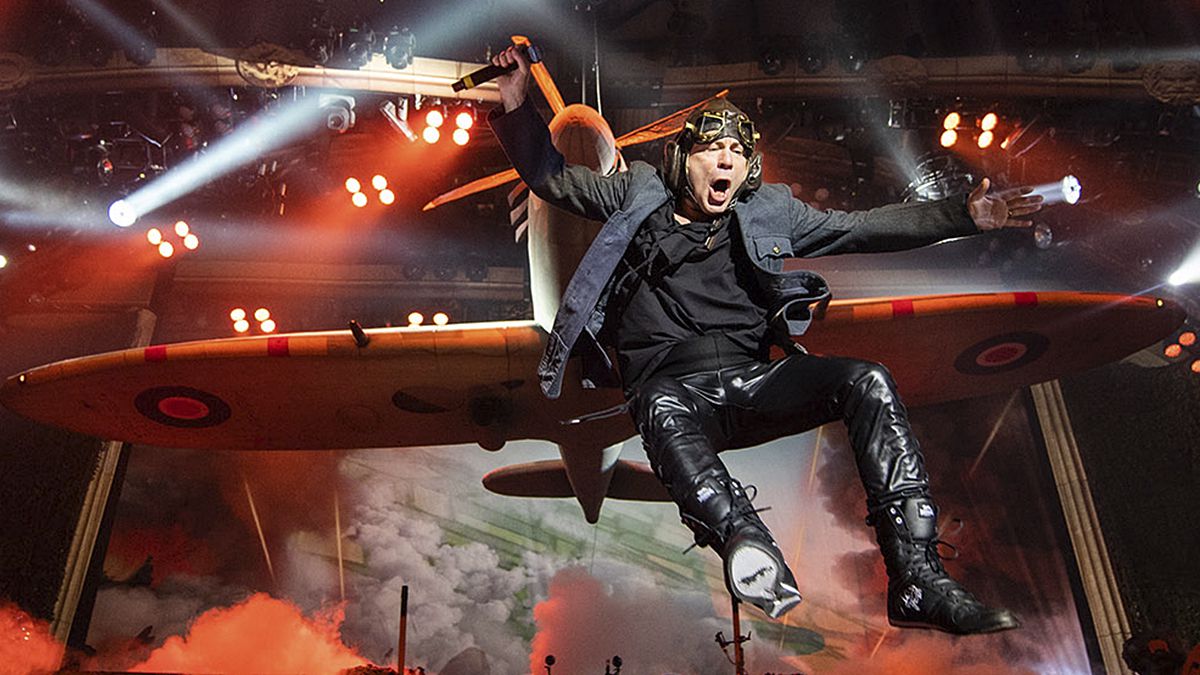 A little more than two months ago, the names of the new members of the Rock & Roll Hall of Fame were made public and among the lucky ones, the absence of the legendary heavy metal band was greatly surprised Iron Maiden. A decision that raised blisters among fans of the genre and colleagues to the point that some were pronounced in very harsh terms.

“Disgusting!”Gene Simmons, member of Kiss, shared when he learned the final decision that put artists like Jay-Z ahead. Simmons’ comments, who spoke directly of “farce”, summed up the general feeling of thousands and thousands of people who did not understand that a band with the trajectory and influence of the British did not receive such recognition.

Now, that band that emerged in the seventies has just released a new single after six years (The writing on the wall) that it puts back on the table, among other things, how special their vocalist Bruce Dickinson is in every way. Born 62 years ago in Worksop (Nottinghamshire, England), he is considered by many to be one of the best voices in rock history, but it is in his biography where some hide unusual surprises.

Dickinson is not an ordinary star. His childhood is marked by his particular relationship with his parents – he was actually raised by his grandparents – and by various bullying episodes suffered. Although it was in full adolescence when he began to cultivate his musical ear with bands like Deep Purple, Black Sabbath Jethro Tull, although without forgetting The Beatles, while dreaming of the army.

But fortunately for music he was gaining ground in his preferences and after trying in various bands in the second half of the seventies, ended up landing at Iron Maiden in 1981 to replace Paul Di’Anno. And the rest, with a hiatus of several years, is music history.

But beyond his successful musical career, what is truly striking is that we are facing a restless and singular character. In 2018 he published an autobiography on the cover of which was printed the nothing improvised phrase ‘What is this button for?’. A declaration of intent and a leit motif that has accompanied him throughout his life.

“I’m curious how things work. And the only way to know how something really works is to internalize it. And by internalizing it, I mean being passionate about everything you do in some way. Which means that you end up having to compromise, because that passion means that there is a constant thirst to want to know more, “explained the British about his hyperactivity.

A philosophy that explains that we are facing a graduated in History, a seasoned fencer, radio host, writer, screenwriter, businessman, lecturer … and airplane pilot. Perhaps this facet of his has been the one that has captured the most headlines throughout his career but the truth is that the vocalist has been a commercial pilot for Astraeus Airlines and has come to take the controls of the ‘Ed Force One’, the Boeing 747 Iron Maiden employs for his world tours. In addition, since 2012 he owns his own aircraft maintenance and business training company (Cardiff Aviatior).

No less surprising is its side of brewmaster, interest that has led him to develop, in collaboration with Robinsons Brewery, a catalog of references that under the name of ‘Trooper’ has become the most famous beer in the world of music.

And no less relevant is the battle against tongue cancer that was diagnosed in 2015 and that he managed to overcome, drawing important lessons along the way. “It didn’t change my vision of death, but it did change my vision of life. I thought maybe I should be angry, but that’s exhausting – I just focused on treatment and wasted energy hating things. Dying is absolutely inevitable, it always has been, it always will be. But living is living now, every minute, every second … life is simply incredible and you have to celebrate it”, He has pointed out on occasion.

Divorced twice, the last in 2019 after almost 30 years of relationship with Paddy Bowden, who died months later in an accident, Bruce Dickinson is the father of three children and today his heart is now occupied by Leana Dolci, a French journalist, fashion and lifestyle blogger, and fitness influencer, who has also been a model. Although as we have commented, infinitely more interesting is what occupies the head of the polymath singer of Iron Maiden.