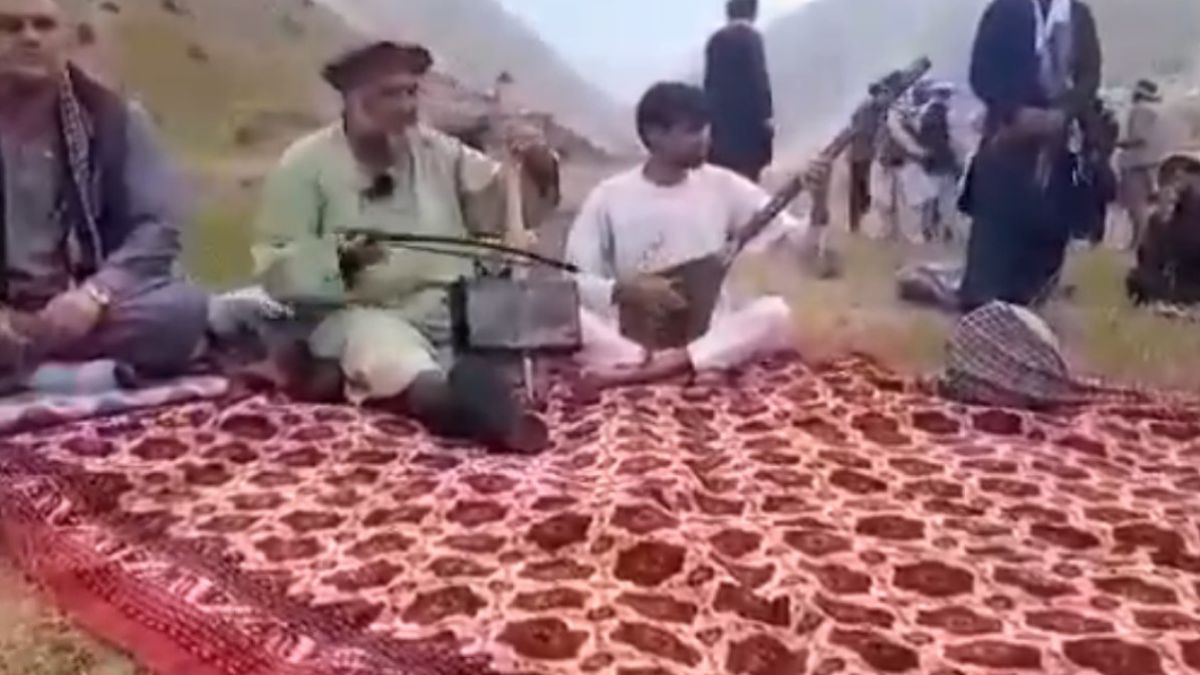 Andarabi paid for it with his life: he was forcibly removed from his home in the Andarabi Valley, a hundred kilometers north of Acceptance, in the province of Baghlan, and murdered in front of his family in a ferocious execution, according to Fawad, the singer’s son.

The news reached the media through the mouth of the former Minister of the Interior of the Ashraf Ghani government, Masoud Andarabi, coming from the same tribal area of ​​the murdered musician. Fawad Andarabi appears in a video circulating on social networks, sitting on an outdoor rug against the backdrop of the mountains, wearing the “pakol”, the traditional northern headdress, while singing and playing the ghichak, a bow violin, accompanied by other musicians.

Fawad Andarabi assassinated by the Taliban.mp4

The singer, musician and songwriter Fawad Andarabi was killed in Afghanistan by a Taliban group.

“There is no place in the world like my country, a proud nation,” “our beautiful valley, home of our ancestors,” he sings, according to his son.

Baghlan province was one of the most difficult for the Taliban fighters to subdue, and it is not by chance that it borders the Panshir valley, which still resists the control of “Koranic students”. But the Taliban, despite tribal pride, did not dislike the old singer so much, if it is true that a while ago they went to look for him at his house, talking and drinking tea with him after breaking into the house.

But then, his son said, on Friday something changed: “He was innocent, just a musician who made people happy. But he was shot in the head on his farm.”

Taliban spokesman Zabihullah Mujahid said that an investigation will be carried out into the episode, hinting that the order to kill him could have come from the initiative of some local militant, not from a directive “from above.”

The same thing that happened, apparently, in the controlverted episode of the comedian Nazar Mohammad, called “Khasha”, who was taken from his home in Kandahar late last July by Taliban fighters and seen in a video around the world as they slapped him in the back seat of a car, perhaps to end the the irreverent jokes he kept telling his jailers.

In the last hours doubts arose about his fate: the comedian apparently had previously been a policeman, and therefore also an alleged perpetrator of brutalities, some wanted to justify themselves.

But the episode was shown as a clear example of the intolerance and spirit of revenge of the new “owners” of Afghanistan, despite conciliatory proclamations and guarantees on the civil rights of women.

Nonetheless, if women were granted permission to work and study – albeit in separate classes from men – their voices were forbidden in the ether.

For example, at a station radio from Kandahar, now called “Radio Voice of Sharia”. No more music or female voices: the radio should now only broadcast news, analysis and recitations of the Qur’an.

The music, whose nature was debated for centuries by Muslim theologians, is considered “haram” (impure) only by the Salafi and Wahhabi currents, to which Al Qaeda and the Taliban refer, except for the singing accompaniment of prayers and sacred verses .

As for the precept not to reproduce images, the Taliban of twenty years later still did not ban televisions, books or picture magazines, as they mercilessly did when they were in power in the 1990s.