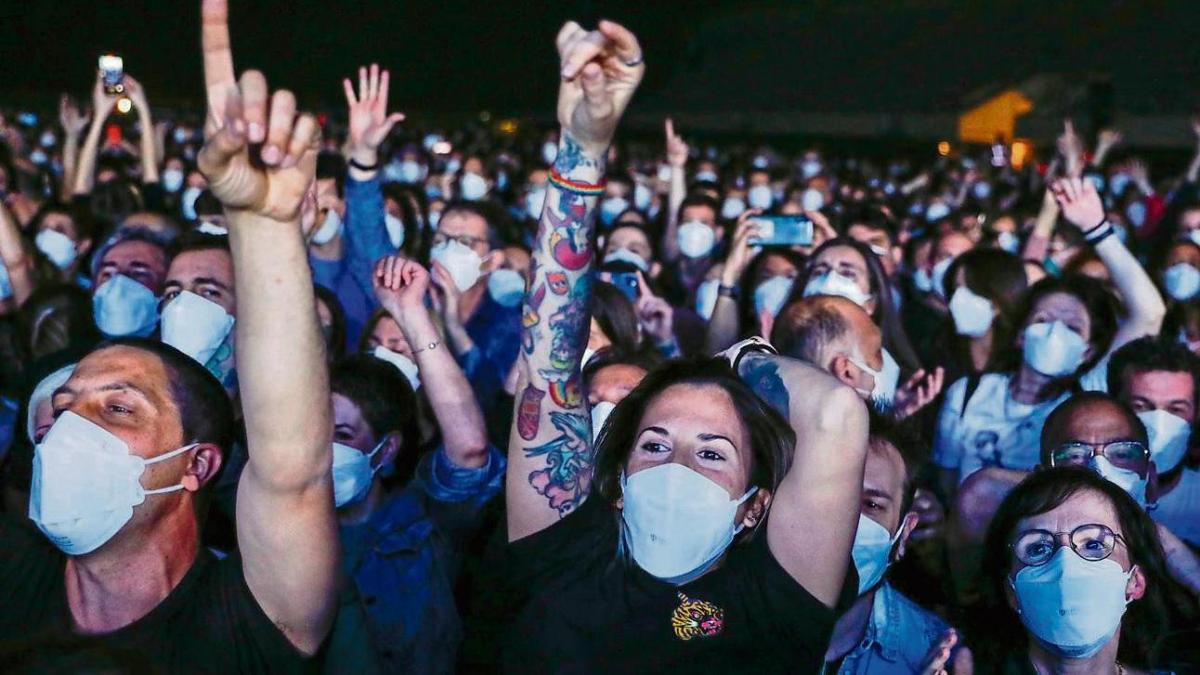 The concert held last December at the Sala Apolo in Barcelona with strict anticovid measures did not produce any contagion and the attendees scored with almost a ten their willingness to attend another event with the same security procedures.

The concert, held on December 12 and which brought together almost 500 people, was also a clinical trial whose preliminary results, such as the absence of infections, were released at the end of the year. Today they are published in Lancet Infetious Diseases.

Those attending the Apollo pilot concert with anticovid measures would repeat

The study, spearheaded by the Germans Trias i Pujol University Hospital in Barcelona, ​​was the first randomized controlled trial to assess the impact of comprehensive covid-19 security measures at an indoor live music concert.

Attendees filled out a questionnaire after the concert and, when asked if they would be willing to attend another event with the same security procedures, the average score was more than 9 out of 10 (10 was the highest willingness).

Also, the majority stated that they had felt capable of behaving normally despite the precautions. The average satisfaction score was 8.6 when they were asked to rate how much they enjoyed the show.

The lead author of the study, Josep Llibre, from the Germans Trias i Pujol University Hospital, highlighted that the study “provides a first proof” that musical events in closed venues can be held without increasing the risk of transmission when extensive measures of safety. But he added that it is important to consider the results in light of the situation in Spain at that time, when the cases were not high and many restrictions were applied. Consequently, “our study does not necessarily mean that all mass events are safe,” he noted in Lancet Infetious Diseases.

The 465 attendees to the event, between 18 and 59 years old, were subjected to an antigen test that morning, it was mandatory to wear N95 masks, there was optimized ventilation, air replacement in the room and queues and crowds were avoided; however, they were able to sing and dance and physical distancing was not recommended.

The concert brought together almost 500 people

That group was compared with another of 495 people, who also had an antigen test, but returned home after doing it and did not attend the concert. The event lasted five hours and the attendees spent an average of two hours and 40 minutes inside the venue, where there were two DJ performances and two live music. Drinks were served in a separate bar room and there was a smoking area outside with controlled capacity and physical distancing.

Months after the Sala Apolo concert, another was held last March at the Palau San Jordi in Barcelona, ​​with 5,000 people and security measures against the coronavirus. In that case, six positive people were diagnosed, four of whom were not infected in the event, while the other two were not known where they were infected.