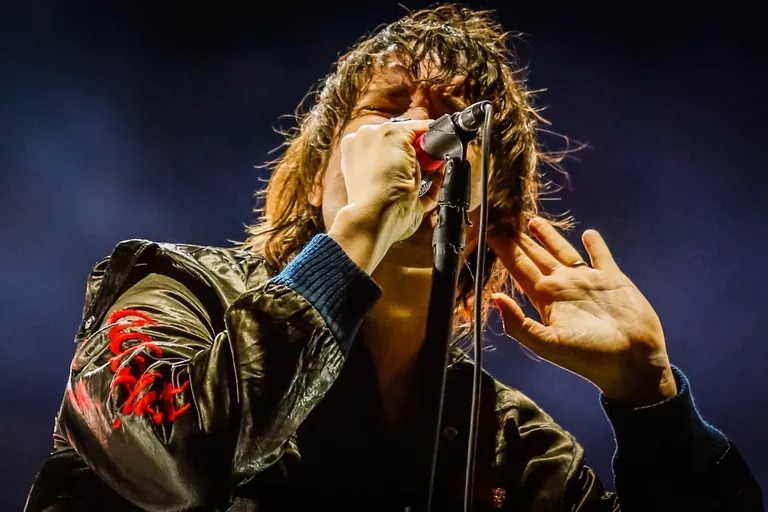 The Strokes he found a new world. The arrival of the new millennium had been expected and feared. And it was confusing. In fact, it began in the previous century, with the debate about whether the changing of the guard “was” in 2000 or 2001. And the Y2K terror (the computer error of programming dates omitting the next century) was added invasion of the allied forces to Iraq and the arrival of the euro. And that only in the world. In music, the arrival of the IPod into our lives and of Mr. Ozzy’s Osbourne family on MTV, made music something immaterial and the channel a catalyst for young people and new trends, a sign of reality where the music began to sound accessory. In a capricious and tight synthesis, the music of the 90s had begun with rapist (1990) by Depeche Mode (cold, dark and industrial music for the masses) and had ended with Californication Red Hot Chili Peppers (overheated and overdressed and sympathetic to FM radio).

But perhaps it is the local heat that can best explain an era and its music: in 2001 Argentina had entered its institutional crisis and its tragic default was approaching. And perhaps that same cuckoo happened with music. The music began the new millennium little by little without knowing if it would have reservations (of good songs). Nobody gave credit yet (for the new groups) and liquidity (for dance hits) was scarce except with a cold fury for electronics. At the same time, it could not be discerned if the music was going to walk the path (avant-garde, dreamy and light respectively) of Kid A by Radiohead, Air of Virgin Suicides or the parachutes by Coldplay. The indebtedness (with the old and dear rock and roll) was going to be a fact for the history of the future.

But the rock debt swap came just in time. It happened in that Kubrickian 2001. And it was quite a blow, like that of the primates at the beginning of that film. Is This It by New Yorkers The Strokes went beyond history and the future with a duration of just 35 minutes and a continuous playlist with unstoppable songs from start to finish. Right from the beginning with the song that gives the album its title -which deflates to restart- and until the end with “Take it or leave it” (a song that quotes, extracts or directly prays to the lyrics of the song “Blank generation” by the brilliant Richard Hell and The Voidoids, a New York group who pioneered punk).

And like Richard Hell, Is This It It came with plenty of reserves for any rocker default: you could sing, dance and go on the radio. He could also jump when listening to him, alone, accompanied and at night. Or go running with him like any company. It is one of the best debut albums of all time and in its commitment to the retro sound, but with its feet in the present, it seemed to anticipate what would be the new vinyl trend: the opening of what would be Side B – something fundamental in the old albums – is the unstoppable hit “Last Nite”.

From references to the dystopian novel A happy world from Aldous Huxley in the song “Soma”, to the international cover, censored in several parts of the world and which consists of an extraordinary photo of a woman’s tail and hips, with the eroticism and subtlety with which the photographer would have captured it Helmut Newton, it all has an air of the same New York City avant-garde trademark of The Velvet Underground and their pop patron Andy Warhol. Only here the Sade & Roll of chains and leather by Lou Reed becomes, in the voice of Julian Casablancas (leader and composer), guaranteed fun. The whole record feels like what Pete Townshend said when he first heard the Sex Pistols: “When you hear ‘Anarchy in the UK or ‘Bodies’ what you think is ‘this is really happening’. This is a guy, with a brain on his shoulders, who is actually saying something that he sincerely believes is going on in the world. And he says it with real venom and real passion. He touches you, he scares you, he makes you uncomfortable. It is as if someone said: ‘Hey, the Germans are coming! And there is no way we are going to stop them!” the title of the album, Is This It (Is this?) that dispenses with the question mark -so hurried and urgent gesture of rock- seems to answer itself, like the leader of The Who: “Yes, this is it. And it’s happening now.”

Barely two years later, the second album, Room On Fire it brought that same effect of synthesis, copy and perfection. But if the stinging duel of guitarists Nick Valensi and Albert Hammond Jr. persisted (an influence from the album Marquee Moon de Television) here Nikolai Fraiture’s fabulous bass became essential. In rock, it’s generally difficult for the electric bass to be a balanced partner to songs and. that if you are a virtuoso bassist, stay well away from jazzfusion and its subaqueous, milky, stiff sound. In addition, for this album they rejected the star producer of the moment, Nigel Godrich, in charge of Radiohead’s sound. They opted again for the producer of their debut album who brought them closer to their characteristic “dirty” sound.

With subsequent albums The Strokes stayed true to their name (which translates to stroke) to continue their hearty, retro, high-pulsing rock and roll. Perhaps they were the first to reveal other groups of the new millennium who, without resembling them, demonstrated the same thing: loving their influences, without hiding them and without complexes, and thereby managing to create something of their own.

The Strokes, imitators, but with a heart (on the verge of tachycardia) flirted in their discography of six studio albums with the new wave, especially on the album Comedown Machine, and steamy global reggae, as if The Clash were leading the way, which should never be bad advice for any band. On his latest album to date, The New Abnormal, surprised again with songs like “The Adults Are Talking” or “Selfless” crowned with a wonderful cover by the artist Jean-Michel Basquiat. The production this time was by Rick Rubin, a mogul of the deep American sound, who has been in charge of records by Beastie Boys, Johnny Cash and Metallica, among others.

The Strokes, just a little after two decades since their debut album, returns to perform at Lollapalozza after five years since their debut in these lands and at the same festival. This is not a change of millennium, a change of era, or even the same situation as 20 years ago. But today like yesterday, the songs to the heart, danceable and rock, are not enough. Perhaps it is a good opportunity to see live and direct, how much and how they believe in what they imitate. In what they love.