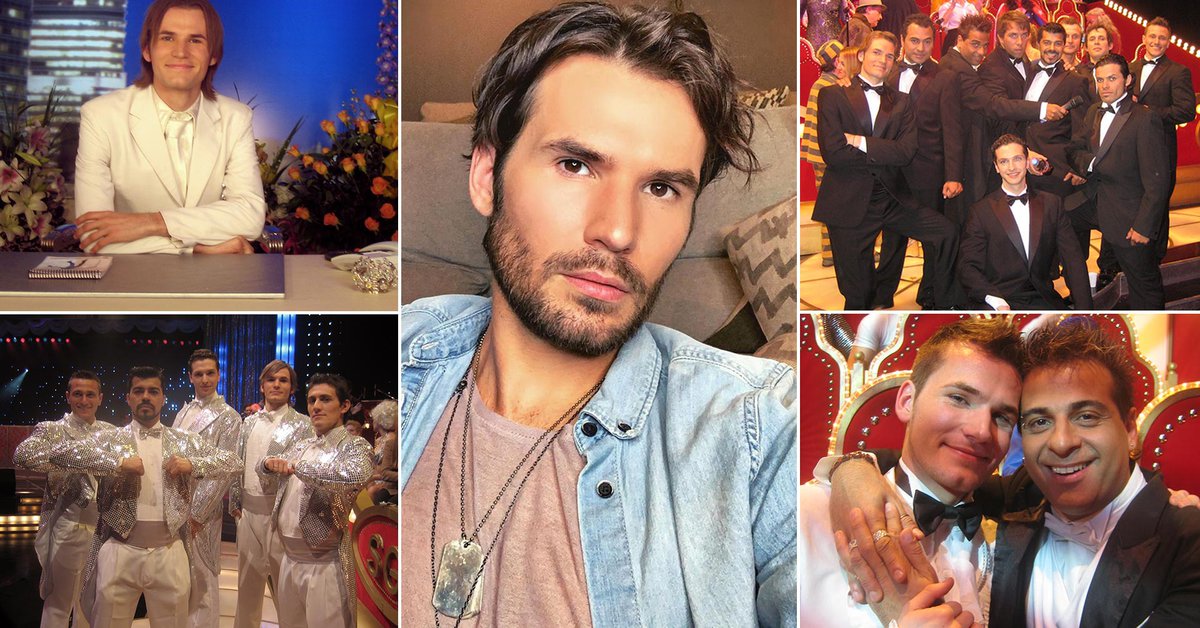 “I worked with Susana for two years, being with her was the most incredible experience”, He said Gerard Flores, now from Los Angeles, where he has lived for four years and is dedicated to music. The young man from San Martín took his first steps with Valeria Lynch and after being between 2006 and 2007 in one of the most watched programs on Argentine television, he left everything and went to study English in New York, where a a new world opened up to him. VHe lived in Texas, had drinks with Drew Barrymore, and today he’s making his way to Hollywood, where he even worked as a florist.

In dialogue with Teleshow, the artist told what motivated him to leave Argentina, what his life is like in the United States and his musical future, after having released his new single “Ya no vuelvas”. In addition, he recalled his experience working with Susana in 2007 on the platform that he shared with Gino Renni and Marcelo Iripino.

– How were your first steps in the environment?

—My first musical was Lucia the Magician with Valeria Lynch, in winter vacations I toured Argentina and after that I launched an electronic tango duo and with that we played in various places.

—How did the opportunity to work with Susana come and what was she like?

-It was an incredible experience. Yor was he a kid from San Martín and being able to be in program number one for two years, it was a dream and also a school, because it was live and that helps you grow as an artist and as a person. There was no time to rehearse and behind the camera (Marcelo) Iripino marking the choreography and it was learning and moving and being attentive. It was an incredible school, I have that experience in my heart. Maybe I didn’t see her every day because sometimes she recorded pompadours or skits, but when she was in the studio she worked a lot. There was Gino Renni whom I saw as a boy with Francella and being there with him was the glory. He looked at Susana when he was a boy and who did not send a letter to his program or try to call on the phone.

One day they made us flip the cards and at that moment I fell into where I was, in program number one, that I did what I liked, that they paid me and that I was fine with that, there I said ‘thank you’. And I saw Susana in the corridors, she was always loving, incredible, she held raffles for prizes for those of us who work there, she screamed, jumped, danced, it’s how you see her on TV.

“And why did you stop the cycle?”

– Being there opened many doors for me, after that I made an electronic tango record, then came the flu A (2009) and everything stopped a bit, so I said ‘I’m going to study’. Learning English was a subject, so I came half as a tourist to see how I felt.

“What cities were you in?”

—I left eight years ago, I lived in New York, in Texas and I’ve been in Los Angeles for four years. I started studying English. Getting here was shocking, I went from Buenos Aires to New York, which is like a dimensioned Buenos Aires, and Austin is smaller but it is important in terms of productions, there I was able to do many commercials and series, it is a different bubble than Texas, is super liberal. It was there that I began to connect with people, I knew an actress, who played Sabrina’s aunt in Sabrina, the teenage witch, that helped me a lot and guided me. Then I came here, which is a world of people, of transitIt cost me a bit, but it is a city where you can breathe art. You are walking and you always come across a production on the street or an event. For example, I lived two blocks from a theater where premieres were held, and on Thursdays and Fridays I watched celebrity limos from my balcony.

– How were the first days in Los Angeles?

—I had a friend that I knew for many years who lived in Texas and moved here and had a two-bedroom, two-bathroom apartment on Hollywood boulevard and he lost his job and I was looking for a house because I was on an Airbnb so I left. with him sharing expenses. I said ‘I’m going for a week’ and I ended up staying for years because it was a strategic place. I had to adapt to this big city, to understand how it works here, get a representative because otherwise you don’t get good auditions. So until you get to know people, you have to be consistent and work, be punctual, listen and be patient because you despair and it happened to me in many moments, which I took advantage of to produce my own things, I said ‘well they don’t call me, I produce it ‘and so I wrote a web series that is on Amazon, Just Living.

“Could you always work as an actor?”

—The first thing I did was work in a very large marketing agency, I was a human resources assistant, I also worked with a florist and he was very good because we were going to make arrangements to houses of producers and directorsYou have to work as hard as you can, but I always tried to do things that I liked and were related to what was mine. Then you do some shorts, you put together your material …

“Is it how you see it in the movies?”

“Yes, with the good and with the bad.” Being here is like it is normal to see someone super famous in the supermarket. A friend for example was an assistant to Drew Barrymore, we were having a drink with him and suddenly she sits down and stays with us chatting for an hour, that was a week after we got here.

– And now, fully dedicated to music, you have just released “Ya no vuelvas”, what is the song about?

“Has it happened to you from being submerged in a toxic relationship?”

– Constantly. It happens to us with friends, couples, relatives, people with whom one works, they do not let you grow and you have to let go despite the appreciation and affection.

—We are preparing the next two or three songs, this is the fourth single, I already released “Esta noche” in March, “Lonely” bilingual and “Por eso te amo”, in ballad version and remix. I hope to travel to Argentina and sing live. I’ve been working on the songs for a long time and I’m recording videos. Last year we set up a press conference and released a song and after a quarantine week, I caught a slump, but we adapted and used technology.

– How was 2020 lived in Los Angeles and as an artist with the pandemic?

—Subsisting was difficult, in terms of mental health and the economy. I like to save and I try to plan for the future so it is something that helped. Regarding the head, the good thing was that it served to be able to make music, I went from being auditions and seeing friends to recording and being completely locked up, it was strong. Now the performance and the set begin again! We are better, I was able to film a Christmas movie where I have a participation and everything began to move a little more, restaurants were opened, there are more people vaccinated but the way of working is still different, now you are in the trailer until the moment of recording Before, everything was shared.

A descendant of Ceferino Namuncurá, he is a Mapuche chief and a tutor at a school: the incredible life of the actor who accompanied Santiago Del Moro on MuchMusic
She made her debut with Andrea del Boca, she was “the baby” of Son de Diez and from one day to the next she moved away from the media: the present of Daniela Redin
A scheduling problem marked his destiny as an actor and 25 years later he released his first film in Hollywood: this is Guido Massri, “Andy” from “Amigovios”