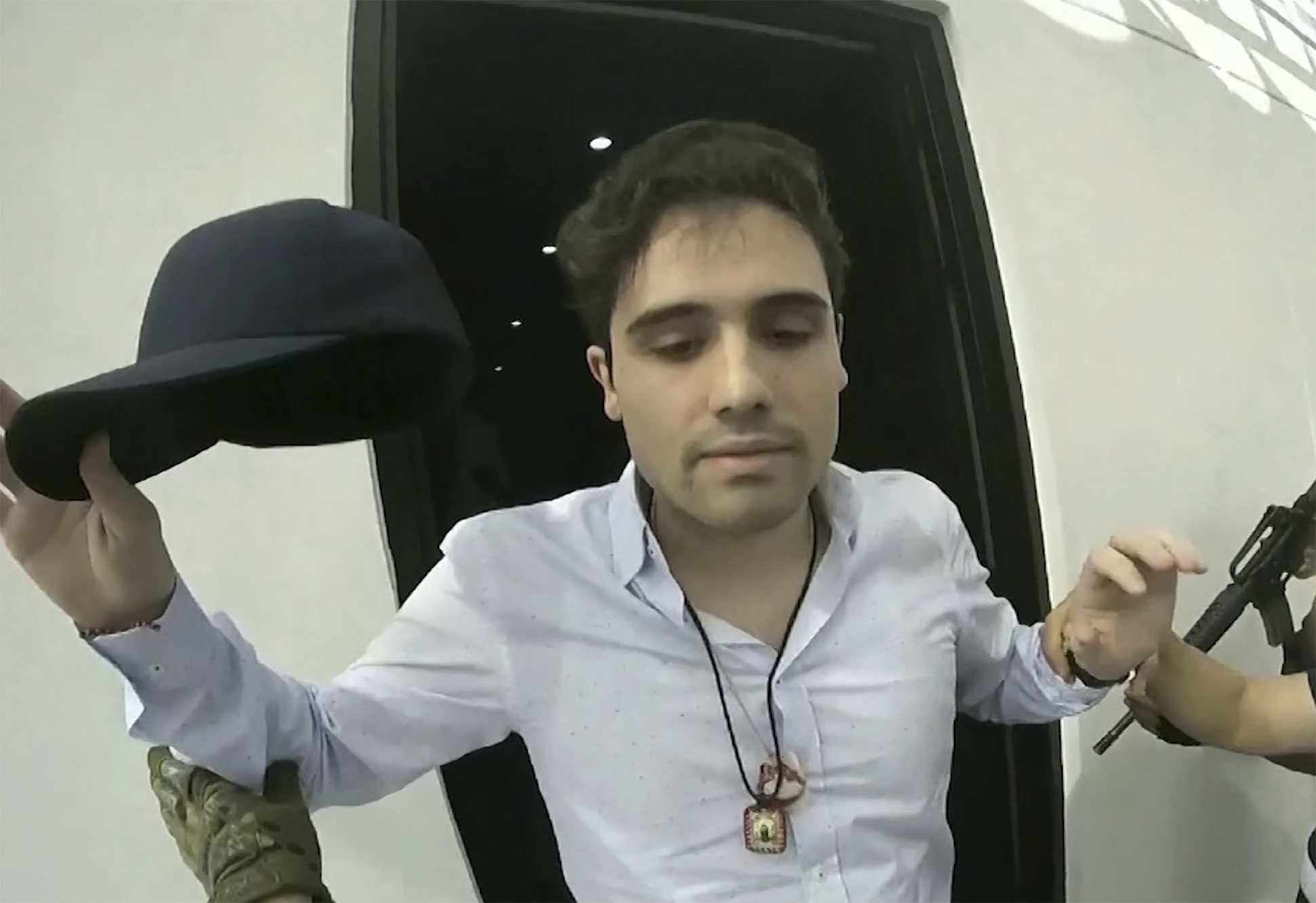 Ovidio Guzman Lopez, one of the sons of the former leader of the Sinaloa Cartel Joaquín ‘El Chapo’ Guzmán, ordered the murder of a “popular Mexican singer” who did not want to go to his wedding, says an information sheet from the State Department that describes his criminal history regarding the $ 5 million reward who offers himself for his capture and that of his three older brothers.

This young 31-year-old capo, who became infamous for the disastrous military operation in Culiacán in 2019 that ended with his surprise release, also asked hitmen to They will kill informants and a drug dealer unidentified, adds the report of the government published this Thursday.

At the moment it is unknown who is the singer killed at the request of Ovidio Guzmán (several artists of the regional Mexican genre have been shot dead in recent years, including Néstor Valdez, Alex Quintero, Julio Verdugo and Luis Mendoza) and details about their marriage have not been revealed.

Alias ​​’The Mouse’ and his older brother Joaquín Guzmán López, 35 years old, both children of Griselda López, who was one of the three wives of ‘El Chapo’, supervise around 11 laboratories in Sinaloa that produce between three and five tons of methamphetamine each month, which they distribute in the United States through agreements with traffickers from that country and Canada, according to the report.

“They also began to buy large quantities of ephedrine from Argentina and organized the smuggling of the product to Mexico when they began to experiment with the production of methamphetamine,” says the government.

The Guzmán López brothers they began very young to follow in their father’s footsteps, who is serving a life sentence in a maximum security prison in Colorado. They inherited relationships from their deceased brother Edgar Guzmán López, who lost his life in a fierce shooting outside a shopping center in Culiacán in 2008. At that time, Joaquín was 22 years old and Ovidio 18.

“After Edgar’s death, Ovidio and Joaquín inherited a large part of the drug proceeds and began to invest large amounts of cash in the purchase of marijuana in Mexico and cocaine in Colombia,” says the State Department.

Now, both are the leaders of their own faction within the Sinaloa Cartel, which the United States authorities identify as “the transnational criminal organization Guzmán López.”

“They have increased their power”

A source from Univision Noticias described a few weeks ago that Ovidio Guzmán and his brother Iván Archivaldo Guzmán Salazar they were seen with about 50 gunmen in a “large ranch” in Mazatlán, the same tourist destination where his father was recaptured in 2014 when he was hiding from an operation that DEA agents and members of the Mexican Navy had prepared.

The source told this medium that Ovidio Guzmán has “a better position in the cartel than two years ago”, when he was rescued by the cartel in Culiacán, although he is still under the orders of his older brother Iván Archivaldo, whom they identify as the leader. of the ‘Los Chapitos’ faction.

According to the State Department, there is another organization that was formed by the children that ‘El Chapo’ procreated with Alejandrina Salazar: Iván Archivaldo Guzmán Salazar, 38 years old, and his brother Jesus Alfredo, Born 1983 (specific age unknown).

After the arrest and extradition of ‘El Chapo’ in January 2017, these thirtysomething capos “They have increased their power within the Sinaloa Cartel,” describes the dependency report.

How his father’s trial was revealed and through the indictment of his third wife Emma Coronel, The Guzmán Salazars were in charge of coordinating his cinematic escape from a Mexican prison through a tunnel in 2015.

It is known that ‘Los Chapitos’ engaged in an internal war against his father’s former partner, Ismael ‘El Mayo’ Zambada, one of the most wanted criminals in the world. They have managed to remove operators in border regions, while attacking and defending against enemy cartels.

“To protect his organization, his tactics have included obtaining guns and other weapons, bribing corrupt public officials, engaging in acts of violence and threats of violence, kidnapping and intimidating members of law enforcement, rival drug traffickers, and members of his own drug trafficking organizations ”, describes the government about the Guzmán Salazars.

In August 2009, Jesús Alfredo Guzmán Salazar became the first son of ‘El Chapo’ to be criminally prosecuted in a US court and is now in the FBI’s Most Wanted Fugitives List. In 2014, his brother Iván Archivaldo was charged with drug trafficking in the Southern District of California and four years later it was the turn of Ovidio and Joaquín Guzmán López.

The son of ‘El Chapo’ ordered the assassination of a “popular Mexican singer” because he did not want to go to his wedding, according to the US government.