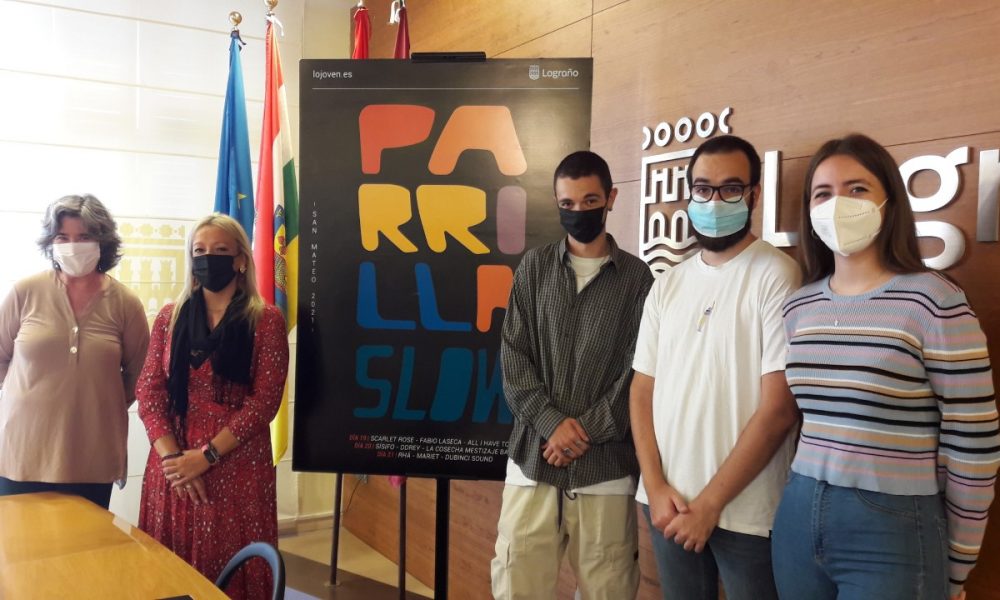 The Parrilla Slow Special Edition contest will offer in San Mateo nine concerts by young groups representing musical styles as diverse as jazz, rap, soul or trap, among others. The performances will be held in Parliament Square on September 19, 20 and 21, from 9:00 p.m. to 11:30 p.m.

The Councilor for Education and Youth, Beatriz Nalda, has presented the Parrilla Slow program together with representatives of some of the participating groups and the person in charge of the Youth Culture area of ​​the City Council, Piedad Valverde.

This special edition of Parrilla Slow includes on Sunday 19 the performance of the groups Scarlett Rose, DDRey and All I Have to say; on Monday 20 it will be the turn of Sisifo, DDRey and the group La Cosecha Mestizaje Band; and will conclude on Tuesday 21 with the concerts of Rhá, Mariet and Dubinci Sound.

The nine participating groups and soloists that make up this year’s poster have been selected from among the 21 proposals that were submitted to the public call that took place last July, through the Infojoven networks and by mail, to contacts recorded in the Gota recording studio.

The Youth Unit of the City Council of Logroño has organized San Mateo concerts with young music groups from the city for more than 20 years. These performances have over time become a must for groups and also for young audiences.

This year the traditional Parrilla Rock contest, due to the restrictions derived from the pandemic, has been reconverted into Parrilla Slow, adapting the format and styles to a type of music suitable to be listened to seated: jazz, rap, dj, trap, soul , author, etc.

The objective of this initiative is to promote the young musicians of the city and make their work known among the youth and the general public so that they have a greater impact, as well as offer a cultural alternative to the youth in San Mateo.

The Youth Unit of the City Council maintains contact throughout the year with local music bands to collect proposals and carry out activities. These contacts also serve to learn about the reality and demands of young music fans in our city.

A unanimous demand among young musicians is to be part of the cultural offer of the San Mateo Festivities and the Parrilla concerts are a unique opportunity for the city’s music groups to be heard and seen.

This activity has been carried out without interruption for more than twenty years and in each evaluation an aspiration by local groups is repeated, the objective of increasing quality and participation so that these concerts have a greater impact.