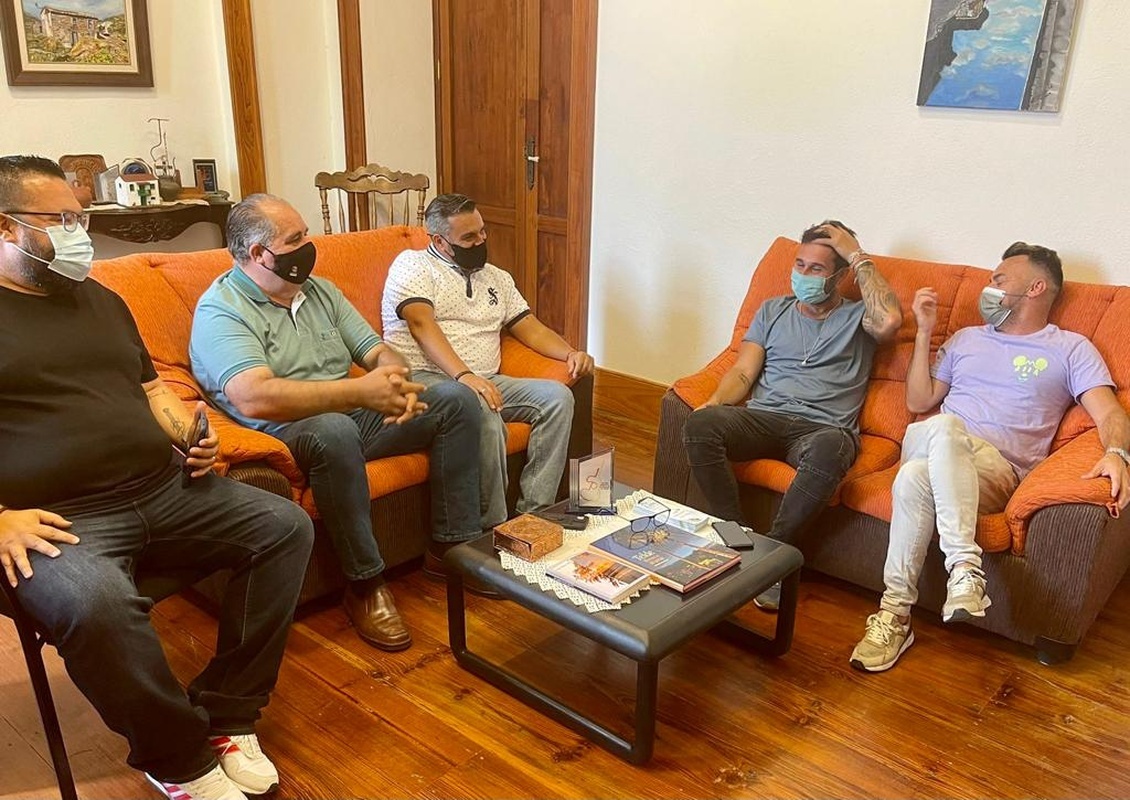 The singer from Cádiz Antoñito Molina visits Gran Canaria to give 2 concerts in acoustic format and present the songs from his solo repertoire. The appointments will be on Friday, October 1 (8:30 p.m.) at the Juan Ramón Jiménez Theater in Telde and on Saturday the 2nd at the Guaires de Gáldar Cultural Center (tickets on sale at www.entrees.es and www.tureservaonline.es respectively ).

The Department of Culture, coordinated by the mayor Juan Martel, and the public company Gestel begin the musical programming of culture for the month of October with a concert by Antoñito Molina. The appointment will be this Friday, at 8:30 p.m., at the Juan Ramón Jiménez Municipal Theater.

The show of this young singer-songwriter of Cadiz origin will be seasoned with the intervention of several members of the Murgota, with whom Molina will perform some musical pieces, a collaboration that will delight the audience.

The person in charge of the area asserts that in Telde the commitment to music “is firm and determined. It is important to continue promoting cultural events, the public demands it and it is notable in the acceptance of the musical events that are scheduled”. As for the show this Friday, he indicates his conviction that the collaboration of the Murgota will provide local content with which attendees will feel identified “.

The artist will present his work to the public Let me tell you, his first solo album with which he has offered more than 60 concerts in different cities of the State. His tenacity has also led him to be the opening act for artists of the stature of Vanesa Martín, Manuel Carrasco, Antonio José, among others. He is currently triumphing with his latest single I’m going crazy, which has made him one of the artists with the greatest projection on the national scene.

A lover of his family, his land and customs

Antoñito Molina is a lover of his family, his land and customs, in love with Carnival, Holy Week and everything related to the culture of his Andalusia, which he always carries as a flag, detailed from the Art Bembé production company.

He founded the well-known duo The Train of Dreams, of which he was part for 12 years, releasing 6 albums in this project and obtaining many successes with his best-known songs such as You are for me, I will walk with you, As I tell you with millions of downloads on digital platforms and more than 25 million views on YouTube.

After a clear evolution in his way of composing and interpreting his songs, he decides to face his solo career, and thus have freedom to decide to carry out his outstanding authorship, and his advanced way of expressing with verses, all his ideas, thoughts, allegations and conclusions.

After a time of professional settlement and a mature decision to record an album with his new works, he produces a magnificent album, composed of ten songs created solely by him, in words and music. Let me tell you, his first solo album (released in 2017).

I am for you is the first single chosen to promote its release Let me tell you nationwide and since it came to light it has already exceeded more than 4 million views on YouTube, and during the years 2017, 2018 it has performed more than 60 concerts throughout the Spanish geography. He has also been the opening act for Vanesa Martín, Manuel Carrasco, Antonio José among others, with audiences of up to 15,000 people (Mérida Stone Music 2017).

He is currently triumphing with his latest single I’m going crazy, which adds to the already known They say the world is ending O I no longer die for anyone, making Antoñito Molina one of the artists with the greatest projection on the national scene.