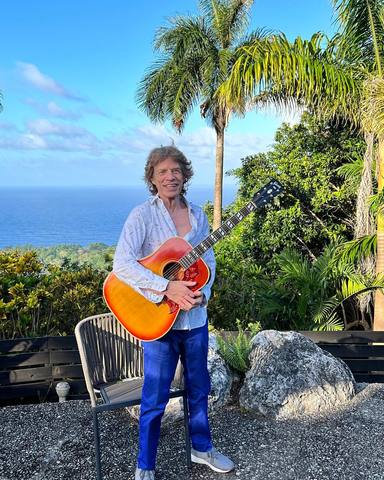 It seems that there is still hope and the rock legends see a future within the young people who are starting out in the genre. This is the case of Mick jagger, who during a recent interview with a Swedish radio station (P4) gave his opinion about the new generations that are coming on strong. According to the singer of The Rolling Stones, Machine Gun Kelly and Yungblud are two clear examples of artists who are giving “life” to contemporary rock.

Two artists who, by the way, are always in the spotlight in the music industry. And it is that, the controversies seem to be always destined to converge with their lives. However, moving away from the general opinion about them, the great leader of the Stones did not hesitate to give his positive opinion about them. And especially about the former rapper turned pop-punk artist. What’s more, he even said about him that his “post-punk wave” had rekindled his faith in the future of rock (via The Independent).

“In rock music you need energy and there haven’t been many new rock singers. Now there are some. You have Yungblud and Machine Gun Kelly. That kind of post-punk vibe makes me think there’s still a bit of life in rock and roll.“, detailed Mick Jagger.

In addition to this, the Stones frontman also wanted to talk about how preparations are going for his 60th anniversary celebration tour in the UK and Europe next June. And it is that, every time there is less and the desire and the illusion do not stop growing. In this sense, Mick made it clear that they do not consider this to be the last tour.

“I’m not planning it to be the last tour. I love being on tour. I don’t think I would if I didn’t enjoy it. I enjoy going out on stage and doing my thing. That’s what I do. I want everyone to have fun and forget about life’s problems for a couple of hours and relax and have a great afternoon and evening.” The Rolling Stones vocalist ended up saying.

The sincere opinion of Mick Jagger (The Rolling Stones) on today’s “rockers”: “There is some life left”