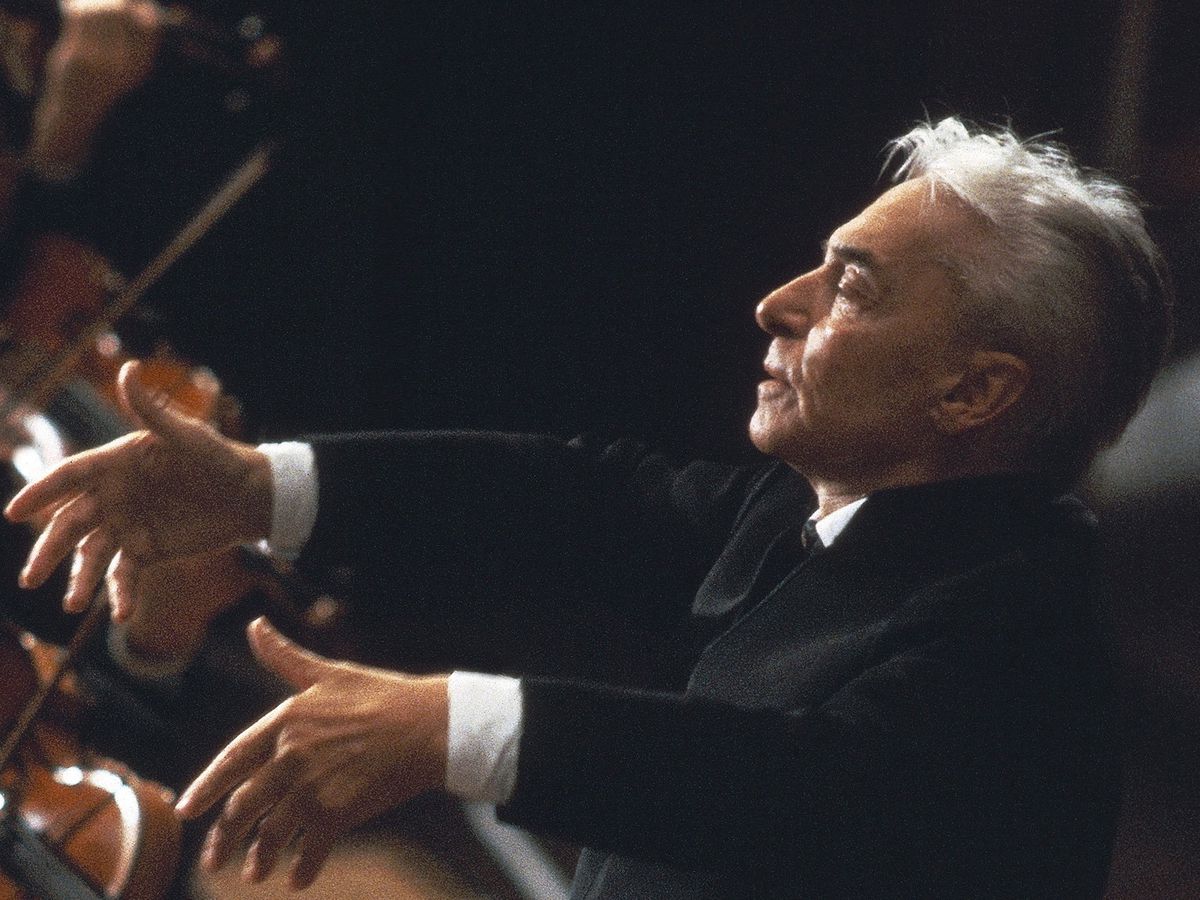 There has not been a conductor like Herbert von Karajan (1908-1989). Not even Toscanini. Legend has it that one day, when he got into a taxi and asked the driver where he wanted to go, he replied: “It doesn’t matter, they want me everywhere.” So it was, peculiar and disproportionate. Its sales, moreover, were excessive at all levels. Take an example: in 1994, five years after his death, his wife received ten platinum records in Madrid for the sales of Adagio Karajan, a selection of fragments that included classics by Mahler, Albinoni, Brahms, Sibelius or Pachelbel. “Neither in France (180,000 copies sold), nor in Italy (75,000) have reached a similar figure”, then counted in EL PAÍS Juan Angel Vela. According NPR data (American public radio) its sales are estimated at 200 million records. Figures closer to Madonna than to a conductor.

However, today his work seems abandoned. If you go into old forums or scrutinize the pages of specialized magazines here and abroad, your presence is practically nil. Something that may start to change shortly. Javier Jiménez is the director of forcola, the publisher that has just published one of the most vibrant works focused on his figure: Karajan. Unpublished portrait of a music myth.

The book reviews a huge amount of anecdotes. Like when Monserrat Caballé she went through La Scala and was booed in her representation of Anna Bolena; the punch he received Placido Domingo in a fight between Carlos Kleiber and Renato Bruson; the mistreatment that Karajan received in Milan, where he was badly accused of not wanting to deal in an opera performance; or his fondness for cross-dressing, so as not to be recognized, and go to see works in which he was interested; or the possibly complex relationship he had with his Nazi past; or that town that he received in consideration for programming the son of a wealthy businessman; or his fondness for drinking Châteauneuf-du-Pape and smoking five – and only five – cigarettes a day.

“For those of my generation, who are already in their fifties, Karajan was already there when we woke up to classical music. My initiation, prompted by my parents, came from the hand of Classic Radio, and went seamlessly through cassette tapes, vinyl, and finally the compact disc. Recorded music and radio have shaped many amateur music lovers like me. In all these formats, I never missed a recording by the maestro, in such a way that my first Beethoven, even my first Mozart, whose recordings are not to everyone’s liking, were those of Karajan ”, Jiménez recalls.

“It also meant my initiation to opera, first with those of Wagner, of course, but especially with those of Puccini. And here we come across his legendary version of Bohemian, with Freni-Mimì and Pavarotti-Rodolfo, which Karajan recorded in 1972 in front of the Berliner Philharmoniker, and which stars in an entire chapter of the book. My mental sound of Bohemian It is the one in this version, clearly “

The text, written by the pianist Leone Magiera, who dealt with Karajan between 1963 and 1988, is close. Magiera was with him in private meetings and dinners, so we can see first-hand what he was like in privacy. “Throughout his artistic life, Herbert von Karajan guarded, with extreme zeal, his public image, controlling so much his photographic portraits (Siegfried Lauterwasser was for decades the official photographer of the teacher, perhaps the most photographed artist in history, who elevated the science of personal marketing to art) like everything that was written about him. Let us remember that the journalist Roger Vaughan was personally chosen by Karajan himself to write his reference biography ”, says an exultant Jiménez for what is special about this edition, prefaced by the operatic specialist Fernando Fraga, translated by Amelia Pérez de Villar and whose The Italian edition included a preface by the late soprano Mirella Freni, Magiera’s wife between 1955 and 1978, as well as a regular one of the Maestro’s operas.

“Magiera does not intend to make a new and innovative biography of the character, but rather to share with the reader a close, personal and entertaining version of the musician, who would tell us about his more ‘ironic, sly, malicious’ character, suitable for audiences not especially initiated in classical music ”, Jiménez tells us. “Among its pages we find the man, from his gastronomic tastes to his fondness for gossiping about the musical world of the time, and the artist, a very demanding director with himself, who prepared each score for weeks until he learned it by heart, and with the musicians and singers he collaborated with ”.

If we want to get an idea of ​​the type of portrait that he builds, we should take as a reference that of another writer with whom he spoke and who would leave it in writing: José Luis de Vilallonga, who in Gold Gotha. The café society these days He dedicates a descriptive chapter full of irony, signed by the waters of Cannoubiers Bay: “In Havana velvet trousers, pullover Blue with a turn-down collar and double-soled English shoes, Herbert von Karajan walks as fast as I do, despite our difference in height. Live, rhythmic, military step ”.

The two chat, and La Callas and La Tebaldi, the nickname of their two dogs, parade alongside them. “In just half an hour we will be back home. A lunch of twelve people, followed by a cocktail on board a boat and a dinner at the Café des Arts, will rob me of the rest of the day ”. Karajan was 56 years old, had remarried and was wasting wisdom and wisdom. “Around the fifties we are caught by the furious desire to start over again,” he would say.

He died thirty years later and managed to marry a third time (to his last wife Eiette). He also had time to treasure a collection of cars like no other, which included different Porsche: a 356 Speedster, a 550, a Spyder, several 959s and several 911s, his favorite. Norman Lebrecht will write about his megalomania and his passion for women, sports cars and airplanes in Who Killed Classical Music?, which reproduces several conversations with Norio Ohga, the almighty president of Sony, the company that best sold the CD thanks to Karajan, the introducer of this format in 1981. “He was charming but shy. Whenever a new plane was bought, he asked me for advice. I gave him one of my ideas for the design of the cockpit ”, you can read on one of its pages.

When recalling that glorious past, with the classic in the discos of any more or less educated house, Jiménez concludes: “Knowing and valuing our past allows us not so much to be wiser as to prevent us from falling into what Ortega y Gasset very aptly called new adanism. I am convinced that Karajan’s legacy continues and will continue to enlighten conductors, singers and musicians. It is a living legacy. Copies of his recordings are not stopped being sold and reissued, both on cedé and deuvedé, which continues to shape the musical sensibilities of initiates and laymen ”.