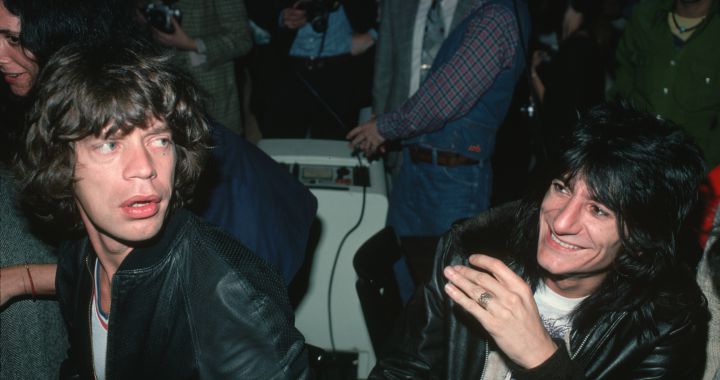 In the spring of 1977, a world-renowned band arrived in Toronto to offer two consecutive concerts. The Rolling Stones they already routinely filled stadiums, but on this occasion they wanted to remain as discreet as possible: they were secret shows.

The concert in El Mocambo was a surprise. The venue had been a landmark of Toronto’s music scene since the 1940s. The public was drawn to it through a radio contest for tickets to see a very popular rock band in the city, April Wine. . There were 300 lucky (and cheated) fans who came to the club Canadian to meet their idols on March 4 and 5. What they couldn’t expect is that they would meet another group.

These turned out to be actually the Rolling Stones, who covered songs like Mannish Boy from Muddy Waters or Crackin’ Up from Bo Diddley and interpreted others of their own. In addition, they launched Worried About Youwhich could not be heard again until it was recorded for Tattoo You (1981). Of course, April Wine opened for both nights and so the Stones once again embody the exhilarating line-up of their early club days.

Promoter Duff Roman and the Stones chose the winners, whos were informed of the surprise while traveling by bus to the show. They were channeled at the back door of El Mocambo to avoid drawing unnecessary attention in the club environment.

Four of the songs recorded in El Mocambo were released in 1977 on the album Love you live. Now, the Stones release the entire second night plus three cuts from the first. May 13 will arrive Live at the El Mocambo and It will be available in multiple formats, including double CD, vinyl and digital.

There can be no more expectation ahead of the European tour that the Rolling Stones will carry out this summer. It will start on June 1 at the Wanda Metropolitano stadium in Madrid and will go through the most important cities on the continent. Here you can check all the dates

As always with the Stones, there will be a new and spectacular production for SIXTYwhich includes a grand stage, innovative lighting and state-of-the-art video design that will be unveiled for this long-awaited European tour.