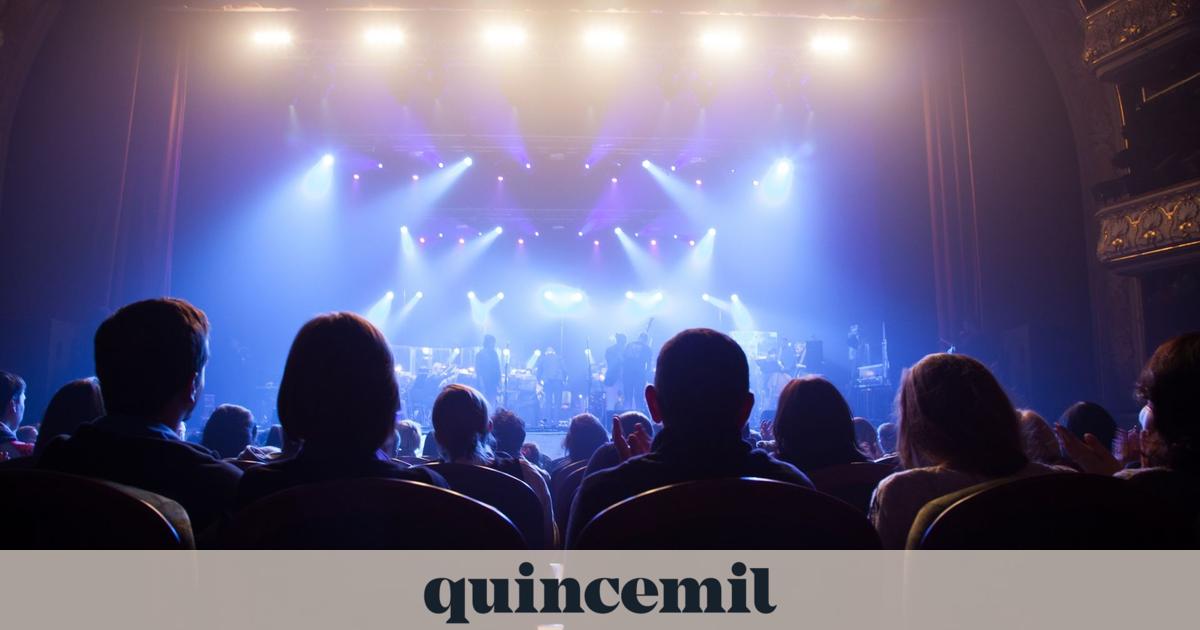 The Xunta has proposed to celebrate outdoor cultural events of up to 1,000 people standing and allow to reach the 10,000 seats in large rooms in two protocols “dialogued with the sector”.

This has been detailed in a press conference held this Saturday in Pontevedra by the Minister of Culture, Education and University, Román Rodríguez, who explained that they have established two differentiated protocols depending on the number of people who congregate cultural events.

In any case, he has insisted that the Use of the mask will be mandatory at all times and it will be necessary to make a registration of attendees to the events regardless of whether they are massive or smaller, as well as in which it is proposed that the celebration take place outdoors in both cases.

In addition, the head of Culture has explained that On June 19, pilot tests will be carried out in five municipalities of the four provinces Galicians to evaluate the application in these scenarios of the measures, which could be effective from the beginning of summer.

For this reason, he has called on city councils, party associations and companies organizing cultural events to “start working in this scenario” with the maintenance of hygienic-sanitary measures and has advanced that the protocols “will be published shortly. space of time “, after which they can be effective. In any case, he has indicated that for the moment there is a regulatory framework in force for cultural events that was launched last summer.

Likewise, it has indicated that the Ministry of Culture and Sports works to develop a protocol for these events that is expected to be made public next weekTherefore, it will proceed to analyze it to “avoid contradictions” with the measures proposed by the Galician Government.

In the The first case includes open-air festivals, city festivals and small-size concerts., which may be held in outdoor venues that may occupy up to half their capacity. At these events, a registration of attendees will be required and the public will be allowed to stand, as well as the cohabitants to dance with each other. However, the consumption of drinks or food will not be possible.

Regarding the events of more than 1,000 people, which include festivals and mass concerts, attendees will be limited to 5,000 “in general”, but may be increased to 10,000 in spaces with specific and large characteristics, such as Vigo’s Castrelos Park and Compostela’s Monte do Gozo.

In these events, the public must be sitting on chairs which will be numbered and must be located at a distance of 1.5 meters from each other. A register of attendees will also be required and groups will be limited to six people.

In large events, cells of 1,000 people should be seated, which must have differentiated entrances and exits and maintain distance and hygienic-sanitary measures. In this case, the consumption of beverages will be allowed and the venues may occupy up to a third of its surface, which will be calculated with three square meters per person.

“One more step” towards de-escalation

During the presentation ceremony, the Minister of Health, Julio García Comesaña, has valued that these protocols will allow to take “one more step” towards de-escalation, which should be “gradual”.

It has also appealed to the participation in the screening of young people after focusing on their “low” participation and has insisted on the importance of maintaining sanitary measures and acting with “responsibility”, since the group to which the cultural events are directed is not vaccinated.

Additionally, the first vice president of the Xunta, Alfonso Rueda, has celebrated that it can be take “a step forward” in a sector that “had a really bad time” during the pandemic and recalled that for months the summer period was marked as a “goal” to be able to recover activity.

In this way, he has remarked that the concerts are part of the “identity” that is being “retaken” and has valued the Galician tourist offer, which he pointed out that was evident in the number of acts hosted this week by the exhibitor from Galicia at the International Tourism Fair (Fitur) in Madrid.