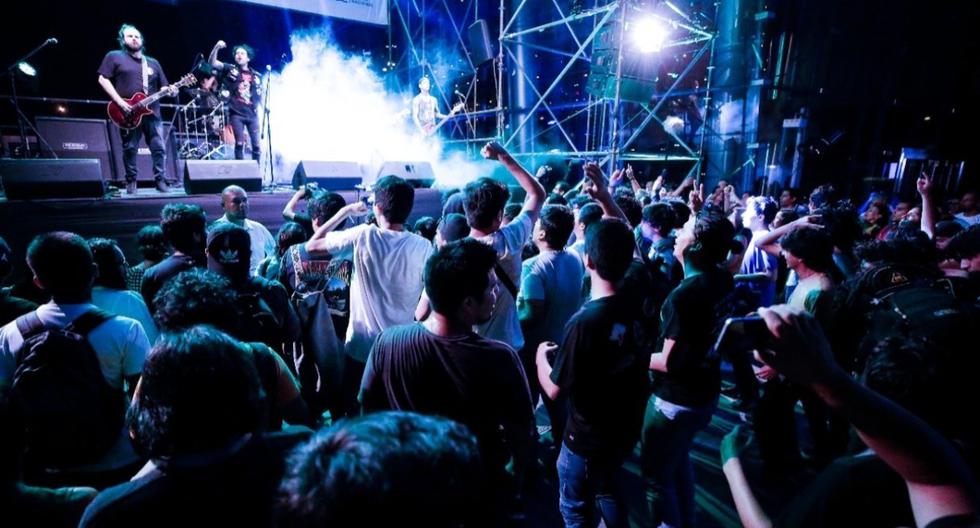 The international concerts in Peru they begin to reactivate and in 2022, it will be the scene of two massive events with the arrival of Louis Tomlinson, former One Direction vocalist for next June, and the recent confirmation of the arrival of Coldplay for September. Not to mention that the acclaimed Kiss and Harry Styles They have pending to reschedule their shows after suspending their presentations in 2020 due to the pandemic.

The expectation of seeing the artists in person after almost a year and a half without concerts In the country, the demand for tickets has increased despite the fact that the supply is still low. Festivals with national artists sell out their tickets in less than five minutes, as happened with the first two editions of Reactívate. In less time, fans of Tomlinson they ran out of stock.

This situation is explained in part because the capacity for concerts does not exceed 3,000 people due to sanitary protocols and restrictions, when before the pandemic they could receive more than 15,000 (Beyoncé in 2010 summoned 20,000 souls).

Solo Teleticket It was able to sell more than 800,000 concert tickets a year, between the four massive events that were held in Lima stadiums and another 20 smaller ones. While Joinnus, It had about 240 smaller active concerts annually, this year it only has 160. Although since last July the concerts have returned, the outlook is uncertain in this business that moves millions of soles, both platforms reported to Management.pe.

“It affects the political landscape, but also the decisions regarding sanitary restrictions. The Ministry of Health reported that on Christmas Day and December 31 there will be another curfew time (although it still does not specify it), so, to date, 20 events for those days have had to be rescheduled, “he reported. Luis González Orellana, general manager of Teleticket.

For Teleticket and Joinnus, the true reactivation of the sector is planned for the second semester of 2022, in which large concerts are planned, such as Harry Styles or Andres Calamaro, although there could be more.

“In 2022 there are two important events in the region, the Lollapalooza in Argentina and the Rock in Rio in Brazil. Usually the artists who participate, such as Gorillaz or Metallica, take advantage of their visit to do concerts in other countries. In order for them to come to Peru and to other countries, so that the investment is the most profitable, they must have the same sanitary conditions ”, explained González.

For his part, Domingo Seminario, CEO of Joinnus, said that they are in advanced conversations with production companies regarding the arrival of international artists to Peru, although he avoided specifying names. Likewise, he noted that they will not leave aside the hybrid concert format – face-to-face and virtual – that they have been offering since last year through the platform.

Another of those who could step on Peruvian soil is the Puerto Rican singer Raw Alejandro, according to González. “There are several artists who, after two years of paralysis in the industry, want to go down to the Latin American market. The bet is in the second half of the year in which we expect 100% of the population of Peru to be vaccinated, the most controlled pandemic and that the government allows a capacity of 100%, “he noted.

Regarding ticket prices, Seminario indicated that the minimum ticket rose from S / 80 prepandemia to S / 100; while the concerts via streaming They can cost from S / 30. For his part, Gonzáles de Teleticket pointed out that for international concerts, producers are taking into account the high volatility of the dollar, as well as the allowed capacity (less than 5,000 people the business is no longer really profitable ).

“In the case of Louis Tomlinson, the ticket price was less than US $ 100, the producers are being empathetic. For Coldplay it is still being reviewed, but for foreign artists it could be from US $ 80 ″, he specified.

With the pandemic, concerts migrated from face-to-face to internet transmissions, with cheaper prices considering that they could connect with more audiences than even in a live concert. For the two ticket platforms, this format will continue in 2022.

According to Joinnus, currently 10% of the total active events on its platform are hybrid concerts. Teleticket, for its part, indicated that it will remain open to all kinds of innovative proposals, including concerts without sound. Additionally, he noted that the quality of the internet in the country is a factor against streamings.

– Among the announcements of Teleticket By 2022, the platform reported that they will implement a new “robust” software from Europe that will allow better navigation when purchasing a ticket. In addition, they plan to reach 25 physical points of sale next year, they would be located in Lima and two other commercial cities in the country.

The return of international concerts in Peru: the business in 2022 beyond Coldplay