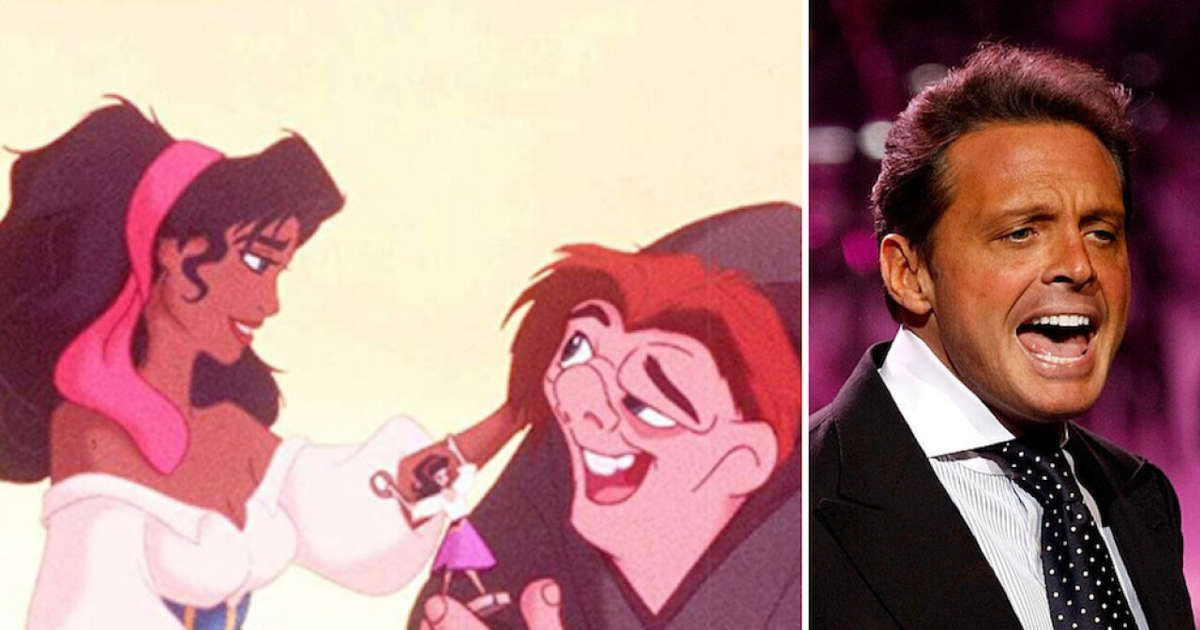 In 1995 Luis Miguel took a big step in his career by recording for all Latin America Sueña, the main theme of the film The Hunchback of Notre Dame.

Besides recording the song, Luis Mi he also recorded the video; according to the series, under the direction of the Argentine Gustavo Garzon , which was seen in many countries and with which he reinforced his participation in the successful film.

Despite the success, according to Luis Miguel, the series, El Sol hated making that video, since it meant a strong blow to his ego … and it was not the only one he received.

Episode 1 of the third and final season tells that Micky came very punctually to record his participation in the video, which by the way was very simple: Luis Miguel singing in a forum, with black and white images.

But it turns out that after the first cut they told him that he had already stayed, that it was not necessary for him to take more takes, since his scenes would be interspersed with those of the film. A Luis Miguel surprised he does not understand how it is that he will not appear in the entire video, how is it possible that they do not require more of his images?

He gets upset, but since this time the baton is held by Disney, there is nothing more to talk about. And indeed, in real life the video intersperses Luis Miguel with scenes from the movie. But that has not been the only time that El Sol has received a blow to his ego.

The third season posits, for example, that the first time Mariah Carey He agreed to go to dinner with him, a girl approached to ask for a photo … but not to LuisMi, but to the singer, which puzzled him. In another scene Mariah invites him to dinner at his house.

Upon arrival, he is surprised because it is not an intimate dinner, but rather a party, which he did not expect. Perhaps the worst comes when the guests ask him what he does … when at that time, in the late 90’s, Luis Miguel he was the most important figure in Latin America. It doesn’t end there.

When you start with your relationship with Mariah For the first time in his life, he will not be the ‘alpha male’, she was not only more famous than him, but also largely took the lead in the relationship.