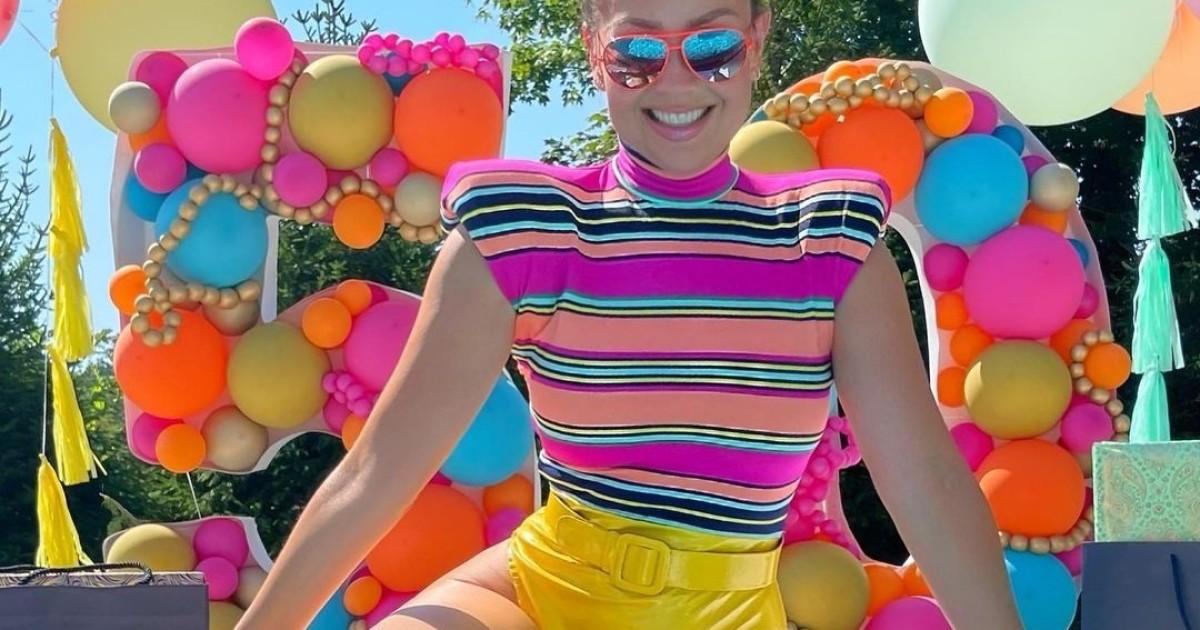 The teenager from Timbiriche, queen of soap operas, multiplatinum singer and now avid Tiktoker, Thalía arrives this Thursday at 50 years of age full of projects and fulfilling the promise she made to live life in the most fun way possible, despite of adversity.

“Happy birthday to me! 50. And so I live my life ‘without-account’ of those bad experiences, but learning from them. Not counting the people who hurt me, but treasuring the one who loves me. Without taking into account the social or economic value of the people, but rather the feeling of peace, joy and affection that I feel when being with them ”, the artist wrote.

For the Mexican, you have to live free of “resentments, envies or anger” that reduce the “quality of life” and enjoy it by betting everything on the “most wonderful and important”, LOVE with capital letters.

Published on her Instagram account, the Mexican artist used these words to accompany some colorful birthday photos in which she poses showing her figure and showing her more mischievous and playful side.

The “no-account” thing is the attitude that Thalía assumed after the years she spent fighting Lyme disease, which coincided with the death of her mother, with whom she was very close.

“I don’t count anything, not even time. Nor do I look at the scale, “the artist and businesswoman told Efe in an interview at the end of 2020, in which she explained that it has been the formula that allows her to control her chronic anxiety.

That and “living life in the moment.” That means spending time with her animals, dogs and birds, and her husband, Tommy Mottola, and Sabrina and Matthew, their children.

Of course, and her career, which is the side that keeps her “sane”.

Born in Mexico City, Thalía began working in show business before she was 9 years old. Shortly before, her father had died, an episode that left her speechless for more than 12 months.

“I remember that I went to the hospital to say goodbye to him and he died minutes later,” said the artist during an interview. For a long time he thought it was his fault, which turned his grief into trauma. In fact, in addition to therapy, it was getting into music that helped her get through it.

In 1986 she joined the youth band Timbiriche, where she met the professional success and delirium of her fans, who have been with her until now. Thalía currently has 17.9 million followers on Instagram alone.

However, what gave it the greatest projection outside of Latin America were the telenovelas that have been dubbed “Las tres Marías.”

It was a string of melodramas like the names “María Mercedes” (1992), “Marimar” (1994) and “María la del barrio” (1996). Data from Televisa, the production company, assure that the latter was seen by more than one billion people worldwide, achieving audience records of 81% in the Arab world.

But in a sample that this philosophy of enjoying life was already in her, Thalía closed the door to acting and the 2000 have been solely about music and she has released a total of 32 albums. The most recent musical work was “Desamorfosis”, where he has collaborations with Mau and Ricky, Pitbull and Myke Towers.

“There are people who are surprised to see me working with urban artists, but it is something that I have done all my life. My pop has always included danceable elements of what is playing at the moment. This is part of my evolution ”, Thalía assured Efe in an interview when promoting“ La luz ”, her work with Towers.

When evaluating her career, Thalia always talks about her relationship with the public, which when she moved to New York after marrying Mottola in December 2000, she fostered through the radio.

Today, the link is through social networks, where he has a daily presence and a much more playful personality than he has been seen in his other public spaces. Her Tiktoks are made from comedy and, many times, wanting to laugh at herself.

“I just want to give people happiness, it is a way of expressing how grateful I am for what life has given me and I only do what is good for me,” he said.

And in that tone of gratitude, Thalía closed her birthday message thanking her family and friends for their “love and company.”

“And to my dear FANS (family, friends, children, dreamers) thank you so much. To celebrate in style! Happy birthday girl, ”she wrote.