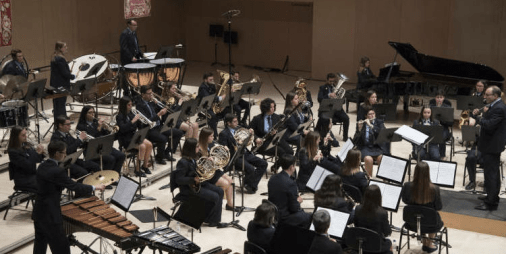 CASTELLÓ (EP). The president of the Provincial Council, Jose Marti, and the provincial deputy for Culture, Ruth Sanz, have announced the launch of a campaign of 81 concerts in the provincial territory, which will require an investment of 125,000 euros, with which the government team reiterates its commitment to music and musical societies.

This has been transferred to the president of the Federation of Musical Societies of the Valencian Community, Daniela González, and his management team, in the course of a meeting held at the headquarters of the musical entity in Valencia. At this meeting, those responsible for the Provincial Council have also reported “the suspension for the second consecutive year” of the Provincial Contest of Bands and Comarcals Trobades, “given the impossibility that the musicians of the different bands can carry out the previous rehearsals that an event requires of these characteristics “.

It so happens that, at the moment, the Federation of Musical Societies of the Valencian Community is made up of 81 entities, which will precisely be the protagonists of the actions that the Culture area of ​​the Provincial Council programs this summer in the towns in the that are settled. “What the government team has done is restructure part of our Culture budget so that the game that we had destined for the Provincial Bands Contest is not lost,” they stressed.

For his part, Martí explained that he is facing a decision “consistent” with the philosophy that inspires the government action of the current progressive County Council, “which basically consists of generalizing services and rights throughout the territory.” In this sense, he stated that although they are aware of the illusion that existed in the sector regarding the recovery of a contest that was already suspended last year, “the situation required a reaction.”

Deputy Ruth Sanz has spoken in similar terms, highlighting the importance of “bringing culture to the towns of the province.” The head of the Culture area has ensured that “music activates the human spirit, facilitates interaction between people, evokes life and contributes to the economic reactivation of the territory because the movements undertaken by musical societies generate economic impact”.