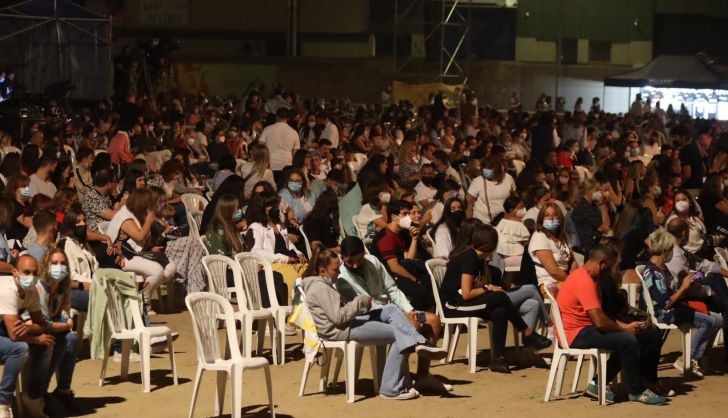 The Popular Municipal Group in the Salamanca City Council said today that the concerts will return to the Plaza Mayor “when sanitary circumstances allow it.” By the way, the ‘popular’ recalled that “when the PSOE ruled the city, it held paid concerts on the occasion of the September fairs, without there having to be a global pandemic.”

This is how the municipal PP ruled in relation to the statement sent by the PSOE in which they accuse the city council of “privatizing” the fairs, an argument that, for the ‘popular’, “is no more than cheap demagoguery that collides head-on with what that the socialists did when they governed ”.

In this regard, the PP added that the paid concert model is not its model, and ironically celebrated that the Socialists like the one implemented by the Popular Party more than “their own”, which they now deny, “probably because They no longer remember what the PSOE did in the City Council, which has not led again for 26 years ”.

The Popular Group regretted that the socialists “live with their backs to the reality of the health crisis that continues to condition the celebrations” and guaranteed the return of the shows to the Salamanca agora depending on the state of the pandemic.

On the other hand, the ‘popular’ showed their “surprise” at the assertion of the PSOE, stating that it does not know the cost of conditioning the Puente Ladrillo field, when “it was conveniently informed in the Culture Commission, held on September 2, in which they were told that the amount of the work carried out amounted to 11,550 euros ”.

In relation to the latter, the municipal PP explained that “it made no sense to shield the Plaza Mayor for concerts that, due to sanitary regulations, only 1,000 people could enjoy” and added that “conditioning another municipal space, such as the Rosa Colorado field, would have had a cost of up to 50,000 euros just to cover the artificial grass, not counting the expense that would have been generated as a result of the possible damage that it could have suffered “.

“The Popular Group understands that for the socialists, whose mantra is that public money does not belong to anyone, it is difficult to understand that the chosen space was the most convenient, because understanding it would mean giving up their share of populist leadership,” said the party government through a statement collected by Ical.

Regarding the transfer of the last two concerts to other venues due to weather conditions, the municipal PP considered it “twisted” that an attempt was made to link with a low ticket sales, when concerts that had a similar sale were held in the field of Puente Ladrillo . “The pandemic is the pandemic and the rain is the rain although the PSOE wants to maintain the opposite,” he ironically.

Likewise, regarding the criticisms of the PSOE because uninvited people were not allowed access to the free performances to fill the places of those who did not attend after having collected one, the Popular Group commented that “there is something called traceability, that in these conditions must be guaranteed ”.

In this sense, he pointed out that it is necessary to have in advance the personal data of the public so that the health authorities can locate all the attendees, in case of any contagion, “an extreme that the PSOE also knows, despite the falsehoods that he pours ”.

Finally, the PP showed its satisfaction for the “days of joy” that were experienced with this week of festivities, which “without being all that is expected of some fairs in Salamanca, recalls that the city has conquered a lot of ground from the pandemic and it has been able to recover some of its activities ”.