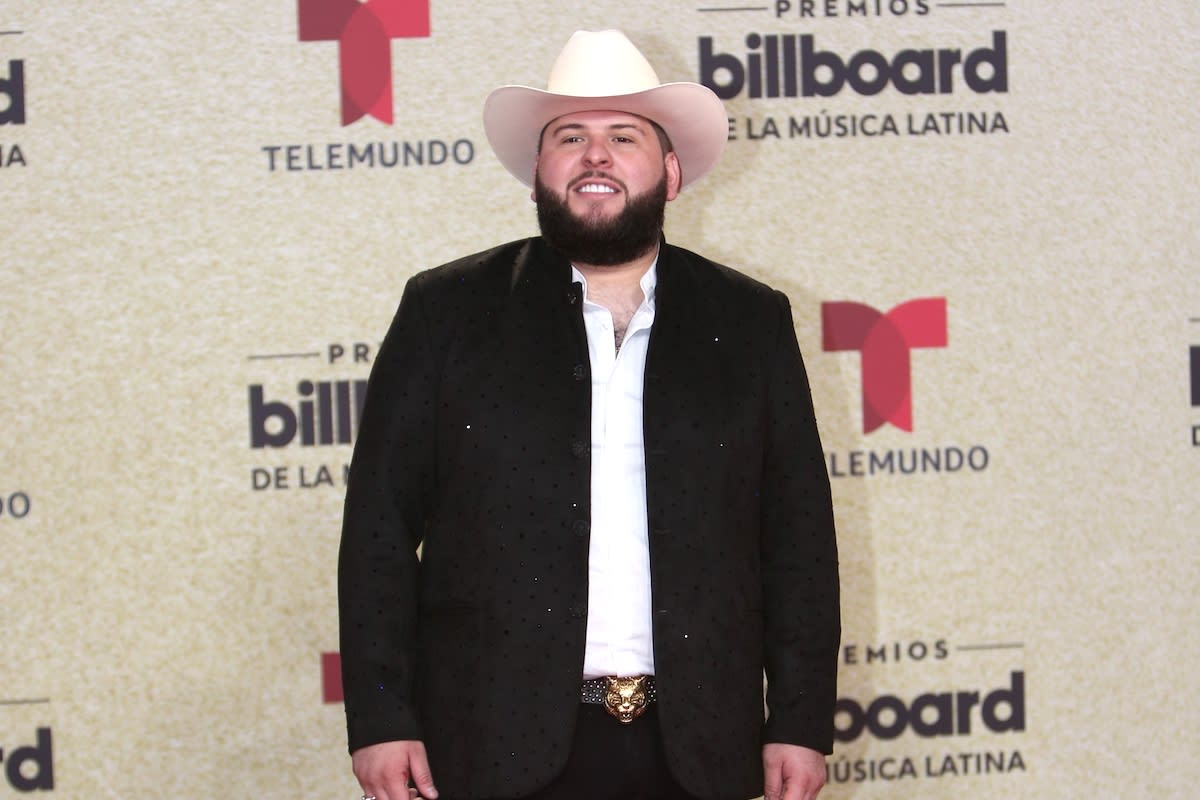 “Thank you with all my heart” Mexican singer Alexander García, artistically known in the music industry as El Fantasma, is in mourning after revealing the unfortunate death of his compadre, whom he already considered part of his family. The group of ‘Los dos carnales’ also pay tribute to the deceased partner.

Barely a few days have passed since the beginning of this year 2022 and unfortunately various celebrities from the artistic milieu have already suffered regrettable losses of loved ones quite dear to them, from Pepillo Origel saying goodbye to his beloved cousin, to the singer El Fantasmas, who to the day of today he mourns the death of his compadre.

The Phantom of mourning after the unfortunate death of his compadre

It is known that currently Alexander García, known as El Fantasma, is one of the Mexican regional music singers most loved by the Hispanic public, and it is that at 32 years old he is already consecrated among the best and most popular of music in Spanish.

Unfortunately, on January 3, a few days after the beginning of the year 2022, El Fantasma revealed sad news through his social networks, when he confessed that he was in mourning after the death of his beloved compadre, whom he already considered as part of your family.

The Ghost reveals the death of his compadre and brother

Through his official Instagram account, where El Fantasma already has more than 2 million followers, he officially announced the death of his compadre, Mr. Pedro Jaquez ‘El Wilon’, who reportedly was part of the staff of the singer and the record label AfinArte Music, according to the Bandamax portal.

Through his stories on Instagram, Alexander García, placed a tender photograph, where he appeared giving a strong hug to his deceased compadre, while he gladly received that show of affection from the singer.

At the bottom of this moving image, which was shared a few hours after the end of January 3, El Fantasma announced the death of his compadre and part of the staff, Mr. Pedro Jaquez ‘El Wilon’, saying goodbye to him with a sad and tender message:

“Thank you compadre / my brother, thank you from the bottom of my heart for all that I lived with you. They will never replace him, I will always keep him in my talks and live in my heart. This hurts as you don’t have an idea. DEP Compareeee. I am devastated by your departure, bastard is getting used to living without his presence. My friend, my brother, compadre of the newspaper ”, commented El Fantasma.

It should be noted that El Fantasma was not the only one who spoke out before the death of his compadre ‘El Wilon’, since being part of the staff of the record label ‘AfinArte Music’ also more artists of the show joined this loss, such as the group ‘Los dos carnales’, who used their social networks to also say goodbye to him:

“Rest in peace, old man! A pleasure and an honor to have shared so many joys with you !! Our condolences to the family of Pedro and the family of AfinArte, we already have two to go. A strong carnal hug El Fantasma, we are with you “, they wrote through their Instagram account.

The portal Bandamax He also rescued the farewell message that the AfinArte record company dedicated to the compadre of El Fantasma, who unfortunately died a few days after the beginning of this year 2022, joining the sad death of Pedro Jaquez ‘El Wilon’:

“We regret the sensitive death of our colleague and friend Pedro Jaquez ‘El Wilon’. We express our deepest condolences and join the feeling of pain. Rest in peace. On behalf of his AfinArte Music family ”, it could be read on his Instagram account.

This sad news about the death of the compadre of the singer El Fantasma was also released by the Instagram account of @ Chamonic3, where various followers of the news account did not hesitate to leave their condolences for the family and loved ones of the deceased Pedro Jacquez ‘El Wilon’:

“DEP Pedro. You leave us a great emptiness in our hearts. We are going to miss you ”,“ Rest in peace, Uncle Pedro ”. Despierta América correspondent Luis Sandoval and singer Ale Orozco also spoke out against this unfortunate death in the comments of the account: “Rest in peace.”

In another thread of things, on December 2, the group Los Lobos del Norte announced the unfortunate death of its main vocalist, the singer from Sinaloa, Guillermo García Lugo, better known as Memo Lugo. The group and several artists of the show are devastated by their sad departure.

Go that the entertainment world has been suffering various deaths of great artists, such have been that of the actors Enrique Rocha and Octavio Ocaña, not to mention that later days the unfortunate death of the actress Carmelita Salinas and the singer Vicente would also be announced. Fernández a few days after the departure of the also producer.

The singer of the group ‘Los lobos del norte’ dies

After this, on the first day of December another regrettable loss was revealed. It is about the member and main singer of the group Los Lobos del Norte, the gentleman originally from Sinaloa, Mexico, Guillermo Lugo García, as was also reported by the portal ‘Debate’.

According to information from several portals, it is indicated that the man, who has countless successes such as: ‘I would like to love you less’, ‘Absence’, ‘At every moment’, among many more, died after having fought with the aftermath of COVID-19.

Artists who spoke before the death of the singer

The portal ‘Debate’ reports that the death of this member of the group ‘Los Lobos del Norte’ occurred after the singer suffered a respiratory arrest, which caused his unfortunate death, leaving behind a broad artistic career and a band ‘undone’.

On the other hand, family and friends have spoken through social networks, as well as artists within the medium, who remember him as a ‘great friend‘and an’ excellent artist ‘, arguing that both his talent and vocation took the group Los Lobos del Norte everywhere.

“A great friend and a great companion”

Through social networks, the following messages could be read, including those of his friends ‘Los Potros’, where they reported where the death of Memo Lugo, member and vocalist of the group ‘Los Lobos del Norte’, occurred. band that has been on the scene for several years:

“With deep sorrow, we participate in the sensitive death of our great friend and companion of a thousand battles Memo Lugo, singer of the musical group ‘Los Lobos del Norte’ that happened today in the city of Tucson Arizona. Our sincere condolences to the family. Lo Colts ”, you could read at that time. Some images belong to this video

The Phantom death compadre: Say the last goodbye to a loved one