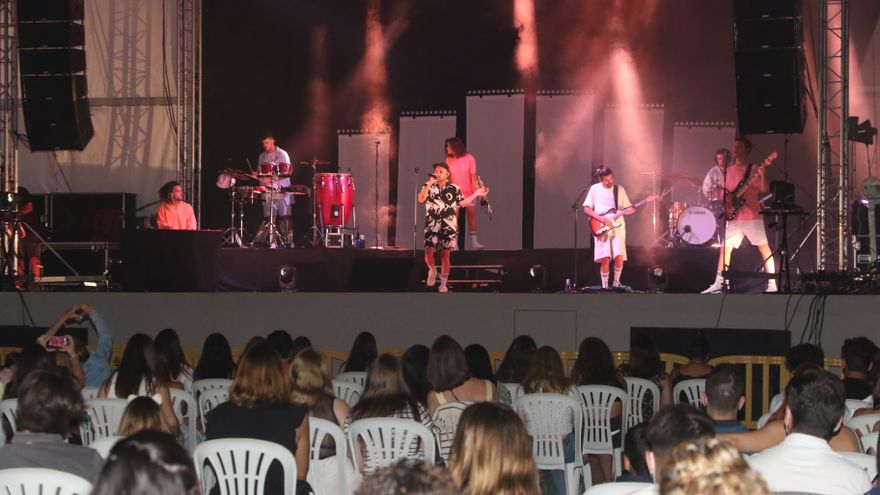 The City Council of the Alcora, has been promoting since recent years (except in 2020 for the crisis of the Covid-19), the Festivities of its patron Saint Christopher, which previously were insufficient and decaffeinated.

With the return to normality, one of the most outstanding events of this edition has been the concert that was held last night at 11:00 p.m. by the Catalan artist Nil Moliner, who brought together more than 700 people, mostly youth audience, in the festive grounds of the Garden Court.

Safety regulations against covid-19 were observed throughout the show. JAVIER NOMDEDEU

The Councilor for Festivities of the Alcorino consistory, Vanessa Periz, states that, without a doubt, «Nil Moliner is currently one of the most important artists on the national music scene, so it has been a real pleasure that his Zero Tour, with which he is touring the whole country, had a stop at l’Alcora ».

«Many people, young and not so young, were asking us for it, so from the City Council we picked up the proposal and got to work right away, since we know that he is an artist in high demand; After a long, very hard season for culture, it is a source of satisfaction to gradually fill the agenda of events again, yes, with all the necessary prevention measures, showing that culture is safe, “added the councilor.

With his debut album “Dancing in Battle” it reached # 2 on the official album sales chart in Spain and # 1 as a Spanish artist in its week of release. His single “Iron Soldier” It has positioned itself in the Top 10 of music on Instagram and has won the Double Platinum Disc certificate in Spain. He already has another Platinum Record for “My religion” and four Gold Records for “The Awakening”, “Waiting”, “Children of the Earth” and “Without Your Skin”.

His last tour in 2019, before the Covid pandemic, sold out at most venues, with more than 7,000 tickets sold. In 2020 he obtained the Newcomer Artist award for the 40 Music Awards, award confirming the promising future of Nil Moliner.