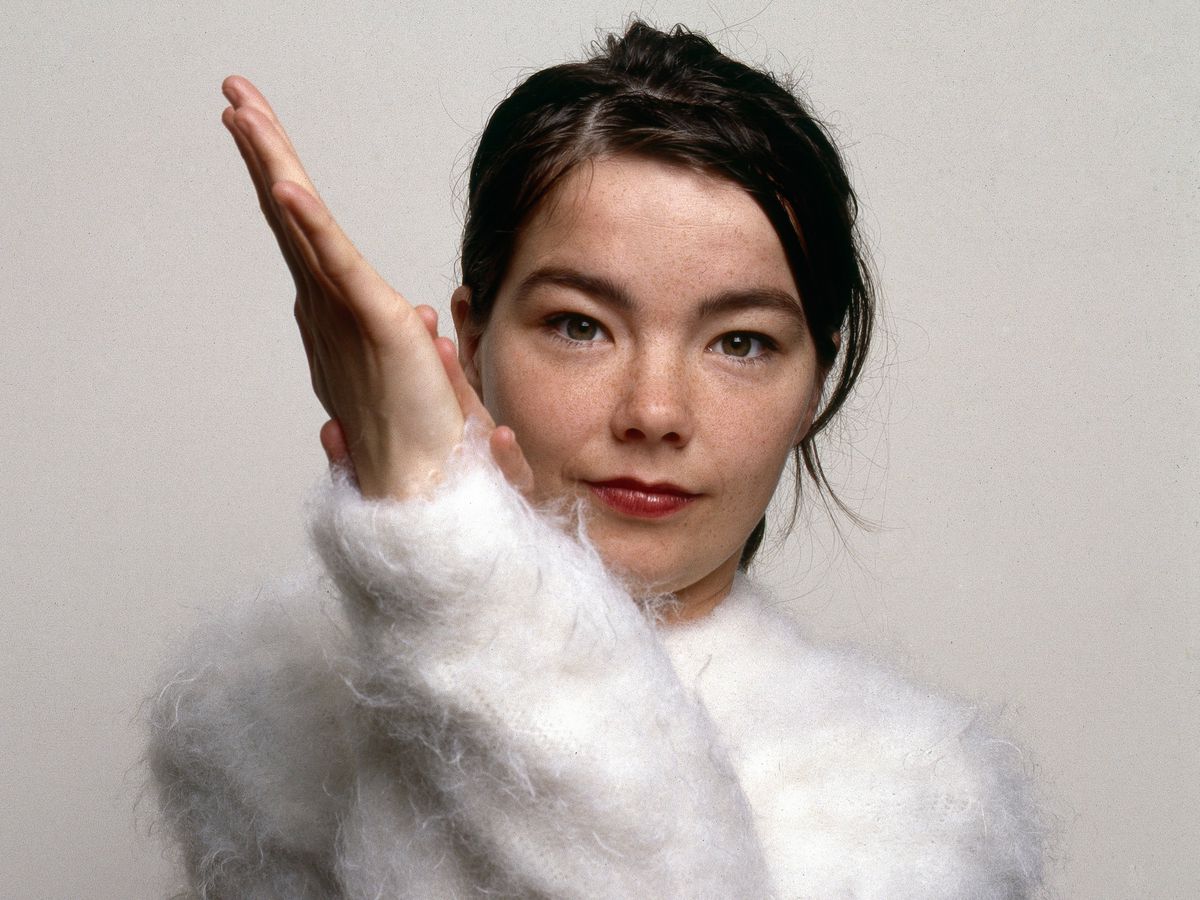 We are used to pop musicians of all kinds performing in the great Spanish lyrical temples, but when Björk (Reykjavik, 55 years old) stepped foot in the Barcelona Lyceum, on November 4, 2001, It was something unusual that generated as much perplexity as headlines. The Icelandic artist was at the peak of her popularity at the time: with her first three albums. (Debut, from 1993, Post, 1995, and Homogenic, 1997) had become one of the most important and admired stars of contemporary pop. I had just gotten the Palme d’Or in Cannes for best actress for her role in Dance in the dark of Lars Von Trier (with whom she ended up in a fight, according to her after suffering harassment by the director) and to perform at the Oscars, where one of the songs composed for the film had also been nominated for the best original song.

The fact is that this was not an isolated concert. For the album tour I was presenting then, Vespertine, Björk Gudsmundóttir it was proposed that it only pass through churches, opera houses and other venues with special acoustic conditions. He scheduled 34 dates spread over Europe, the USA and Japan. The one in Barcelona was the only stop in Spain, after the Royal Theater in Madrid rejected it. “A concert like this in a place designed for rock would be a disaster: there everything sounds very strong and I needed the sounds to meet naturally”, she commented at the press conference offered at the Liceo. “I needed venues where I could sing without a microphone, where an orchestra could play without amplification and that were neither too small nor too big. An opera venue is ideal for that ”.

In each city, it featured a 70-person local symphony orchestra, a chorus of female voices from Greenland, and the support of harpist Zeena Parkins and the experimental electronic music duo. Matmos (who also served as the opening act, in an even more groundbreaking performance for the Lyceum than Björk’s).

The maneuver was met with controversy. His ambition and daring were praised by some and criticized by others who saw it as a diva’s whim that, in addition, was banned from his natural audience. Ticket prices reached 140 euros and the more than 2,000 seats were sold out in four hours. “I know, unfortunately it is expensive,” she justified herself. “It is a contradiction: a concert that wants to be popular at a high price, but we are 74 people on stage, I have taken it as a brief and daring experiment,” he argued before the Spanish press. The artist lost money on that tour and decided to reward her fans with a greatest hits tour in the summer of 2003 (which passed through Madrid, Valencia and the Barcelona festival). Sonar).

Opinions were also divided on the artistic result of the concert. In the review published by EL PAÍS, Luis Hidalgo wrote that “it was beautiful and had moments full of sensitivity, but it seemed that an unnecessary effort was made to adapt the repertoire and themes to the venues in which they were going to sound, which only ended up harming the public –few were able to attend– and the people themselves. songs, covered with an aura of culture with capital letters that only ends up showing that pop, the rest of pop, is only culture with lowercase “.

Tomás Fernando Flores, director of Radio 3 and then responsible for the program Siglo21, He remembers it in another way: “That concert was wonderful, sublime. In addition, it had a symbolic value: popular music in a historical space dedicated to opera and classical. The continent catalyzed the excitement of content. It was something exceptional. When finished, she affirmed it too. I was really very happy. “

The truth is that this was only the beginning of a growing desire to go beyond what would be expected of a popular music artist. His next studio album, Medulla (2004), he recorded it with only human voices and then composed the hardly accessible soundtrack of Drawing Restraint 9, a piece of video creation in which he starred with his partner at the time, the conceptual artist Matthew Barney. Biophilia (2011) was the first album in history to include apps for smartphones and he accompanied him with an educational project of scientific dissemination that he managed to take to schools in Iceland. It was also done with the collaboration of David Attenborough, whom already in the nineties he had described as his greatest musical influence (although he was not a musician).

“I identify with their thirst to explore new and wild territories, I like to discover sounds that I have not heard before”, declared the artist. The use of novel instruments – such as the Reactable, a synthesizer designed by the Pompeu i Fabra University-, his application of new technologies in video clips, his indefinable DJ sessions with the sounds of birds as a common thread –such as the one he offered at Sónar in 2017– or his staging are just some of the features with which he has confronted conventions.

“There was a time when the environment, the forms, what surrounded each album, began to stand out more than the songs themselves,” says Félix Suárez, a critic specialized in electronic music. “She is curious by nature, the world of pop has become too small for her and she has preferred to relate to that other world of art, modern or multimedia, which is a bit to be defined, knowing that there she is going to understand her and she is going to to be able to develop better than in the typical disc-turntable-disc wheel. That means that sometime it hits the target and everything is congratulations and other times they see it as a freak, but that is not in their hands. What I appreciate is that he has never stayed in the comfort of his fame ”.

It is true that, as her work became more experimental, the artist fell somewhat out of favor with the public and of the media that had raised her the previous century. Misunderstanding was mixed with criticism and even with ridicule. “Pioneering or groundbreaking women are taken less seriously and criticized much more,” says Sole Parody (Le Parody), an electronic artist based in Madrid who could be considered influenced by Björk. “At present it may seem that that has been overcome, but I think that the quota of women who are allowed has just been minimally opened. If you meet certain characteristics (age, physique, attitude, race, etc.) accepted by the patriarchy, you are applauded for transgressing some artistic barriers. If not, you will continue to be ignored and invisible ”.

“When it is questioned or parodied, it has a lot to do with the fact of being a woman,” concedes Igor Paskual, ​​rock musician, guitarist from Loquillo, writer and graduate in Art History who, unpredictably, defines himself as a very fan by Björk. “To that we must add that she is Icelandic and with Inuit features. It represents otherness and is not judged on the same scale as if it were Anglo-Saxon. It is perceived as doubly strange, since it is not a man and it is not fully Western. In addition, with Björk it happens as with many branches of contemporary art such as performance. It makes many people feel their intelligence questioned and more so in a field such as conceptual art, which is always viewed with suspicion or suspicion. The way to devalue it, since you cannot do it with his work, is to ridicule the character and attack the tangible, for example, the clothes or the character, because you can express your opinion without knowing anything about these kinds of matters. Björk is the smart girl with class glasses, but since you can’t mess with her head because she’s in a completely different sphere than yours, you mess with her glasses ”.

In a very commented interview Awarded to the US website Pitchfork in 2015, the Icelandic website also criticized the widespread perception that her work as a producer was not sufficiently valued, and that it was automatically thought that the most important work was done by her male collaborators. Sole Parody, who perfectly remembers those statements, feels identified with it. “Female authorship has been in the closet for a long time. That has a different nuance than being repressed or prohibited. It means that you prefer not to define yourself as an author because you know or intuit that it may be worse to do so than to go unnoticed. And to come out of the closet it is not enough with one’s courage or personal self-confidence, it takes a certain accompaniment, a certain social empowerment. Björk was able to start claiming her authorship as a producer because there was already a favorable climate to accept that, and at the same time, I think her statements helped many other artists to start claiming their role in their own creations ”, she says.

“Björk has been very generous, actually, in giving visibility to musicians that she liked and inviting them to collaborate on her albums. He has expanded the sound and visual universe of pop, he has brought it closer to the artistic avant-garde in a round trip, also of staging, his videos have always been pieces of art in themselves, he has not been afraid to take risks , and also always giving the feeling of enjoying it and having fun, taking seriousness from the world of art and creation ”, says Félix Suárez.

“Actually, she has kept the youthful punk spirit that she showed at the helm of The Sugarcubes in the eighties when it comes to her way of transgressing. Each stage has been different, but his career is united by his own charisma and by the determination with which he has investigated formats and languages. Some of his compositions, which now seem more commercial, were radical at the time. With her creativity, she has helped to change the way people look at popular music ”, concludes Tomás Fernando Flores.