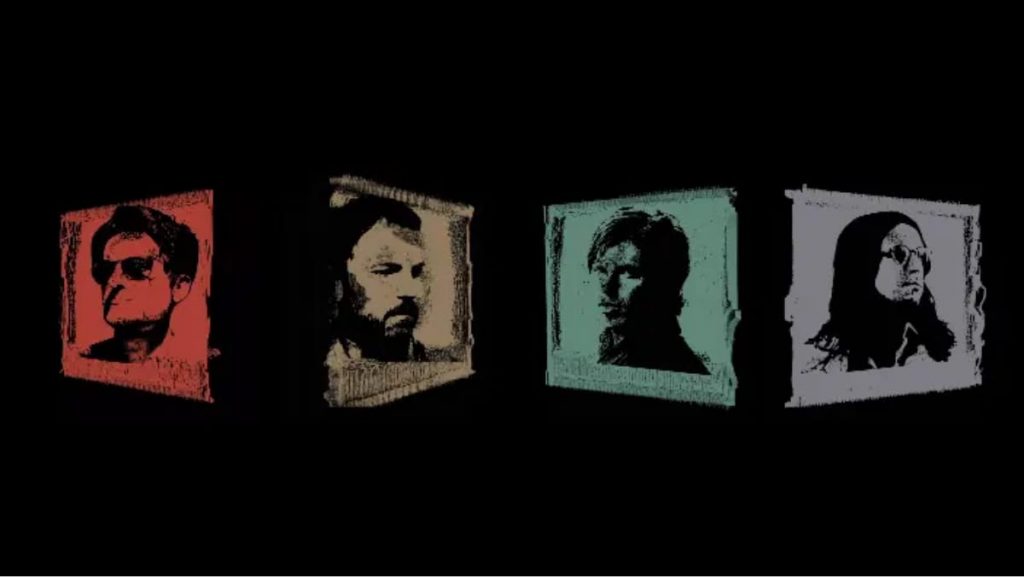 Whenever encrypted digital assets are mentioned to us, the idea of ​​trying to understand a universe that at first glance seems complex and at the same time distant seems tedious to us. But the crypto era is much closer than we think, being an alternative that has solved many problems in digitalized life and is now ready to welcome the revolution of the music industry.

But let’s start at the beginning, where does this change point? The NFT, “non-fungible tokens” by its acronym, or translated into Spanish, non-fungible tokens, are a singular type of cryptographic token that represents something unique in its kind. In other words, a digital certificate of authenticity that entitles you to something unrepeatable. It’s like you can buy the real thing Starry Night by Van Gogh. You have seen it replicated in prints, cards, bags, even other canvases, but none of these formats would match the value of the original painting.

These types of tokens are resolved as a kind of compressed file that is created using a chain of blocks. This contains data that can be visual or audio, and the acquisition as such is through a code that allows access to the asset, similar to a URL link. The fact that the NFTs are stored on a blockchain is what gives both the exhibitor and the buyer security that they will not be manipulated and reproduced.

At first, it could be said that value is defined more as a sentimental factor, as in the case of vinyl. When you buy a record, you buy the right to listen to that record, and NFTs put the intrinsic value of owning something back into the physical acquisition of the music. With the arrival of streaming platforms, the different formats such as compact discs or cassettes are beginning to be scarce and tangible pieces are clearly valued under cultural, historical and economic criteria.

Although this type of crypto was not originally intended as an art form, this is where it takes this path that could mean the connection between the creator and his follower in a more direct way without an industry in between. There are many edges to contemplate from both sides, such as its operation and bidirectional benefit since the purchase itself refers to the code that gives you access, but not always to the asset as such, since it can be modified by the site that stores it if so he decides.

From Diplo to Kings of Leon, several artists have already ventured to explore this plane of the metaverse and reinvent the rules of the game regarding their rights as creators.

And to kick things off without going too far, your favorite star boy is about to embark on a crypto-powered tour. Abel Tesfaye, known under his stage name The Weeknd, joins other musicians who use web 3.0 technology to provide a unique experience to his followers. With the support of cryptocurrency exchange Binance, the After Hours Til Dawn tour would be the first of its kind to sell collectible virtual tickets. This means that they are commemorative NFT tickets with access to unique experiences for their buyers, in addition to having additional value in the market.

This is the point where what could be the future of event tickets begins to unfold. Thanks to the potential of the blockchain security, and as I have been mentioning, the impossibility, or rather the difficulty, to duplicate encrypted files, issuing ticketing as NFT would work as an alternative that allows artists to control both fraud false tickets such as exorbitant resale prices. And although this sounds like a dream come true for those of us who have suffered from the insatiable search for a resold ticket that does not cost twice what it is worth, this idea is a little behind the technology of the moment, however, there is no doubt that the initiative can gain strength in the future. (Or so I hope).

When You See Yourself is the name given to the album that has become a collector’s item, since Kings of Leon is the first group to present a non-expendable record release. This project of the rock band originally from Nashville is divided into two parts: When You See Yourselffeaturing an exclusive version of the album and NFT Yourselfwhich offers front-row-for-life live concert perks, which were auctioned off in March for roughly $2 million.

It’s the same case with metal titans Avenged Sevenfold, who last year announced redesigns of their logo put on NFT to become the new badge of their fan club moving into the metaverse. The archive, now valued at roughly $8,000, offers benefits to its buyers, and certainly its BIGGEST fans, like meeting the band at any concert you go, discounts and private sales on merchandise, unreleased music and exclusive graphic material. NFTs, in other words, also provide status directly related to the popularity of the asset, such as the Bored Ape Yacht Club. Do you recognize them? The hilarious apes that are part of the assets of celebrities like Eminem, Serena Williams, Stephen Curry, Shaquille O’Neal, and Justin Bieber.

The singer-songwriter and visual artist Grimes is recognized not only for her striking style and the peculiar music she produced in her beginnings since Garageband, but also because a few months ago she was a sensation in the crypto world when she sold an art collection for six million dollars. . If she had wanted to earn this sum of money through her music alone, the alt-pop princess would have needed approximately 2.5 billion views on some streaming platform to earn the same amount.

However, there are more reasons why we could argue the benefit of NFTs. Through the decades, the battle that not many know between musicians and record companies continues, and that has not yet been dissolved. Like any artist, everyone wants to have the absolute right to freedom of their art and to create on their own terms. Surely you remember the dispute between Taylor Swift and her previous label with which she published, Big Machine Records, which later passed into the hands of Scooter Braun granting all the rights to the music of her works until then, to one of Swift’s enemies.

As expected from one of the most brilliant singer-songwriters of the century, the cat-loving performer came up with the great idea of ​​recording her entire discography again, which was published under Big Machine Records, since Swift owned her lyrics, but Not your melodies. Although the one-time country singer hasn’t thought of venturing into the world of NFTs, and it would surely do very well for a mind as strategic as hers, this is a perfect example to explain how the universe of crypto could avoid these dilemmas in the future.

If an artist begins to earn extraordinary amounts with NFTs, he or she would be able to eradicate the dependency that they have today with the record labels, who in many cases trace a path for them that they cannot violate, probably taking them away from their essence as creators to become something much more commercial, and to top it off, keeping a large part of the royalties from someone else’s work. In this way, digital assets could become the key to the gates of paradise where artists would have a greater creative vision, they would own the copyright of their own creations, in addition to boosting their profits.

And as if that were not enough, in this new system even the buyer wins, not only with all the exclusive material that the musicians offer, but also because it is possible that they also obtain income for themselves. When creating an NFT, there is the possibility of including clauses that allow you to maintain copyright even if the asset is sold a million times.

But Diplo got ahead of this. Don’t Forget My Love is the new song from the pioneering American producer in EDM. This single, like many of the artists mentioned above, made its debut as an NFT on the Royal portal, a platform that allows artists to sell tokens that give fans ownership of their new track. In this case, three LDA-type digital collectibles were published, which are characterized by this condition, each with a value proportional to the percentage of the royalties that will be returned to the owner.

Almost like a “coworking” between the artist and his fans, the monetary benefit is bidirectional as the song is bought or reproduced and, in this same way, people publicize the single for both the artist and themselves.

In the midst of this sea of ​​possibilities, it is also worth highlighting some obstacles that could appear at the moment since, in reality, NFTs are an incipient technology that still has a way to go to become a true tool. Initially, although we are a world governed by technology, there are people who stay within the necessary framework of today that works through smartphones and computers, making this whole system seem a bit alienating to the less knowledgeable.

On the other hand, and because it is still a very new system, laws regulating NFTs that stipulate certain limits and regulations in the digital metaverse are not yet contemplated, and although the chain of blocks supposes advanced security, this does not It ensures that later there are no cases of hacks, malfunctions or data leaks that can have legal consequences in the real world.

At the moment, it is not yet known when this revolution will mark a significant before and after, despite the fact that the greats of music are betting on the new model. So when it’s your favorite artists’ turn to venture into this plane of the metaverse, don’t forget to take a look at what they have to offer and possibly, as a community, we can reinvent the cultural and artistic expression of music.

The NFT revolution and the metaverse of music