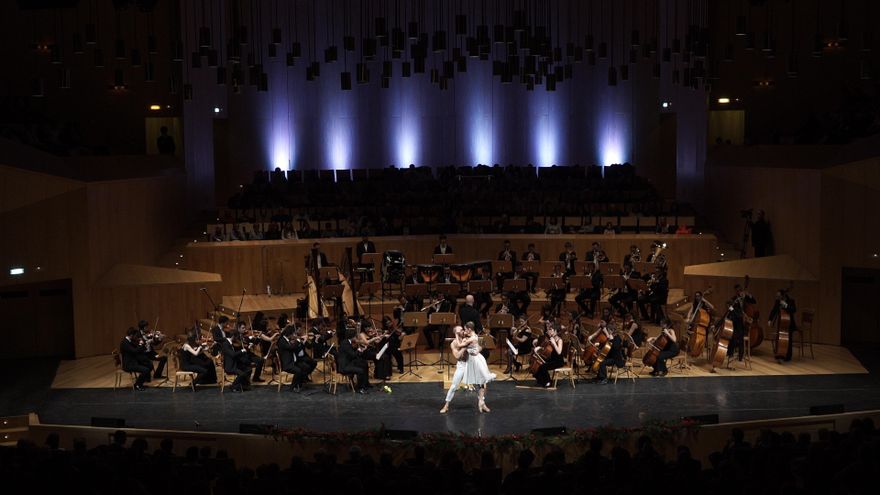 The New Year’s Concert is the first great musical event of 2022 at the Zaragoza Auditorium. Next Sunday the 2nd, starting at 7:00 p.m., the Symphony Orchestra of the Aragonese capital will be in charge of opening a new year full of music on stage. Faced with the new restrictions and the health situation, which always marks the agenda, the illusion and artistic novelties stand out in the now classic performance.

Juan Luis Martínez, director of the Zaragoza Symphony Orchestra, assures that the concert “has an innovative spirit”, thanks to the program it presents. In contrast to most of the concerts at the beginning of the year, which focus their repertoire on Strauss and Viennese music, the Zaragoza show seeks originality with «music of French origin and with a South American touch, since this year we have included a tango ». “I think that the varied orientation is one of the reasons why this concert is so successful,” says Martínez.

The new sanitary regulations, that has ended the activity in other parts of the cityIt is important, although the conductor of the orchestra prefers to forget the subject: “We organized an exceptional event and we thank the public for their support, with which they help us to move forward.” An audience that will enjoy in just a few days a “entertaining and full of attractive pieces” concert.

The Cantatutti choir leads the news

If innovation is one of the qualities of the New Year’s Concert in Zaragoza, the 2022 edition goes a step further. The inclusive choir Cantatutti takes part in the show for the first time, providing the voice of the great classical pieces. “It is a unique and very exciting opportunity,” says Borja Morera, director of the group.

Cantatutti is an initiative that wants to bring choral music closer to everyone: “We are a choir in which anyone fits, which is designed so that all people feel welcomed”. Even, indicates Morera, there is room for people with hearing difficulties: “We sing with sign language, so that deaf people can also participate actively in the songs.”

The inclusive choir Cantatutti participates for the first time in this concert.

Cantatutti will also have an exclusive song, We are your voice, a composition by Jaime Belmonte with arrangements for orchestra that will be premiered at the Mozart hall performance.

The extraordinary chapter is completed by the German soprano Nina María Fischer, recently awarded the Elizabeth Connel Prize. Fischer has already collaborated on several occasions with the Zaragoza Symphony, participating in a previous edition of the first concert of the year.

Dance is once again a key pillar in this show, with the presence of the company of Violeta Borruel from Huesca and Ramón Artigas from Zaragoza. Between the two Aragonese groups, three new choreographies will be premiered.

“A live concert has a special and irreplaceable hook,” says Martínez, who wants the audience to fill the seats on Sunday. “It will be a very fun afternoon, in which the viewer will not be able to relax at any time”, warns Morera.

The Zaragoza Auditorium hosts this Sunday a new edition of the New Year’s Concert. Tickets for one of the most special celebrations of the year are already on sale, starting at nine euros, at the auditorium box office and at the Ibercaja website.

The New Year’s Concert returns with a powerful makeover