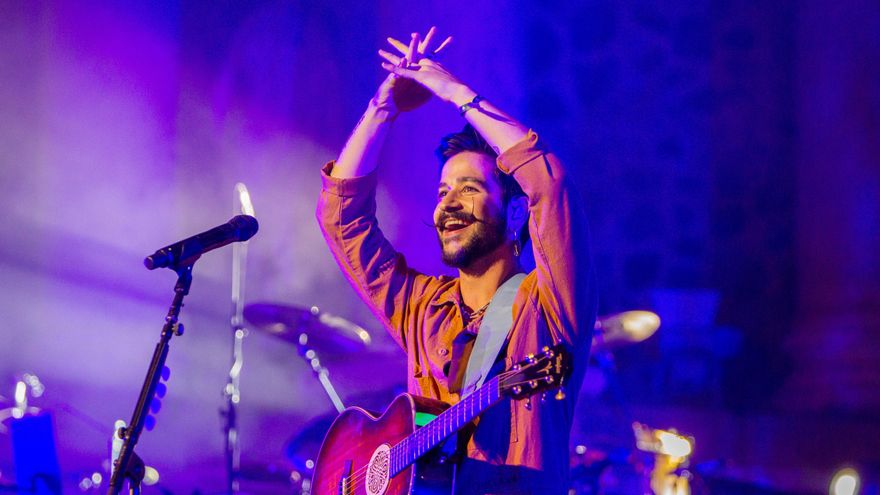 The Colombian singer Camilo fell in love with the public of Mérida last night with his naturalness, in the first of his two concerts at the Roman Theater within the Stone&Music Festival. Camilo appeared before the euphoria of those present with his ‘My Hands Tour’ and a shout of “Merida!” after sounding his philosophy of life: “We are not alone, we are the tribe” and then sing ‘Favorite’.

His tribe, the name by which he refers to his followers, received the singer with the proper greeting that characterizes them. In the stands the illusion of the first few times was breathed, and for many boys and girls this was their first live concert. “To the children who are in the first show of their life, that they remember only one thing, whatever you are dreaming of, it can be achieved “, The singer told them, according to the organization in a statement.

Among the public Vanesa Martín was there, the Malaga singer took advantage of her stay in Mérida, after the concert the night before, to go to the other side of the stage. The attendees stood up to cheer the artist before starting Camilo’s show and Vanesa Martín responded in the same way.

The stage was dominated by a large luminous tipi, a structure of the homes of the nomadic tribes and the artist, faithful to his style and to that essence of naturalness that has raised him to the most absolute fame, barefoot and wearing a colored overalls. camel. The event passed with the permanent delivery of your audience and Camilo referred to the monument on several occasions: “I am aware of the blessing and the fortune that it is to touch in this place.”

His great world hits that are gold and platinum records such as ‘Vida de Rico’, ‘Millones’ or “‘Babe’ were the most brilliant moments of the concert and on numerous occasions the attendees chanted to the artist’s beat. most beautiful of the night was when Evaluna, the artist’s partner appeared on stage with which he interpreted ‘Machu Picchu’ and that the faithful followers of the tribe expected so much.