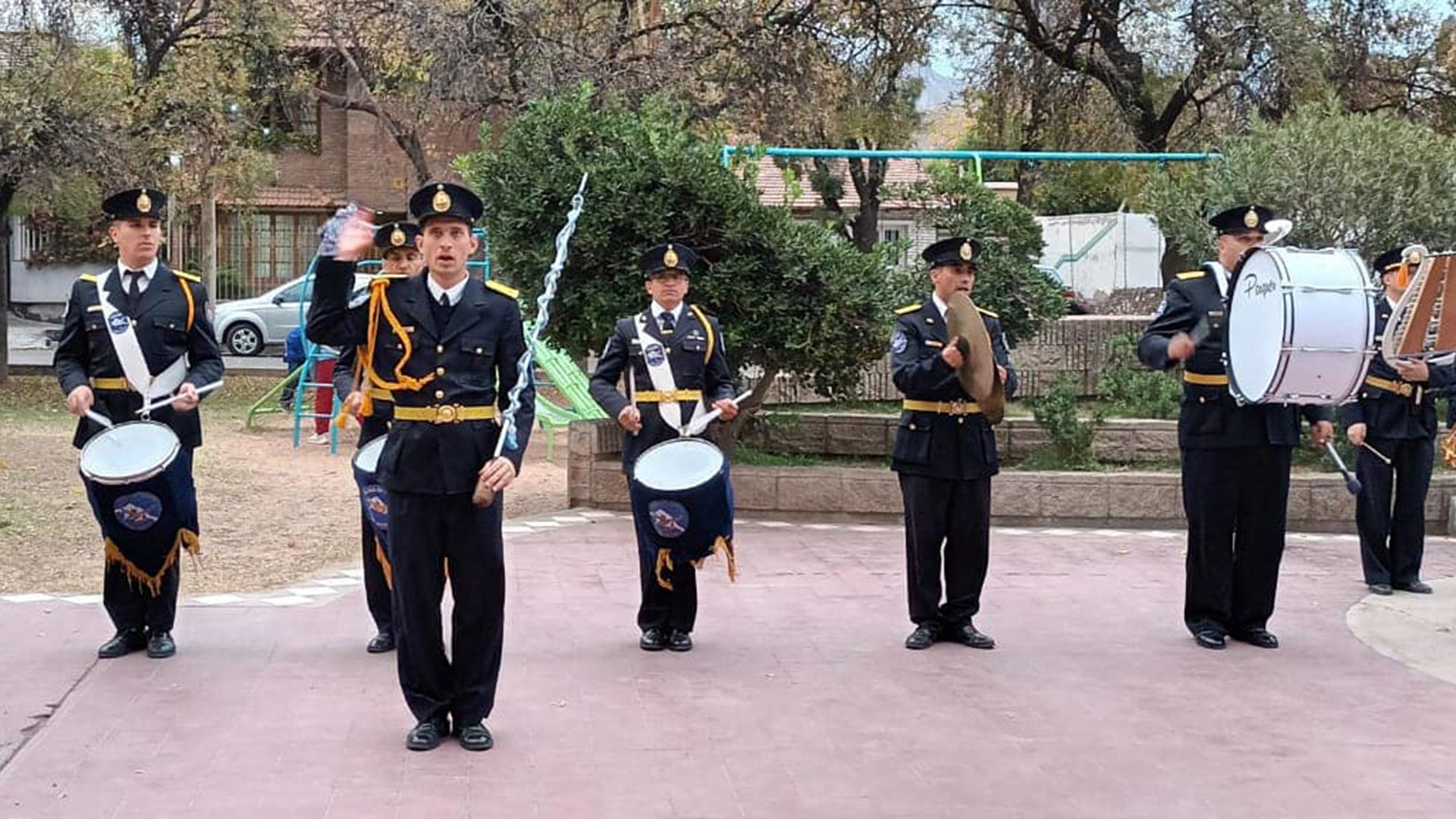 The sounds of clarinets, oboes, trombones and a host of percussion instruments bring the music to life. Music and War Band of the Police is the oldest in Mendoza: It was born almost at the same time as the Homeland.

It is the only artistic organ in activity of the Ministry of Security and Protocol Band of the Government of the province, which runs from end to end as well as the rest of Argentina. In addition to music, they do so with the goal of serving the community in an inclusive manner (they have a sign language interpreter), getting closer to the community and doing “prevention” through art.

“Within his ranks he had Cayetano Silva, a Uruguayan band teacher and composer of the world-renowned March of San Lorenzo”, highlights the Principal Officer Mauricio Salazar Gallellidirector of the band that during this May 25 will carry out various activities in the province. 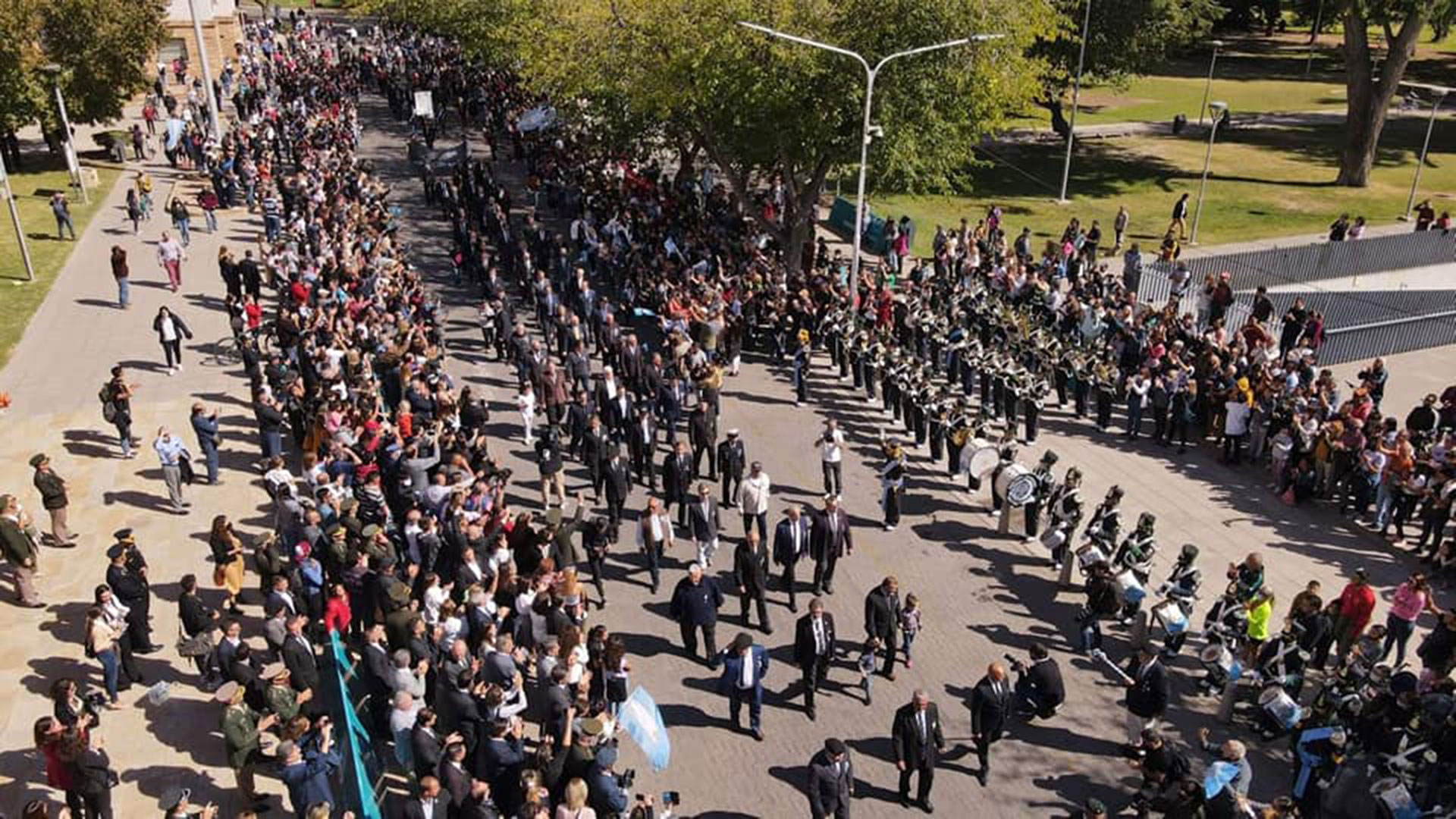 Its origins date back to the birth of the country and although there is no documented date, the newspapers already mentioned it in 1826 (Facebook Mendoza Police Music Band)

“Our origins date back to the birth of the country, although We do not have a documented date of what would be the beginning of its activities, as early as 1826 the newspapers mentioned it”he tells Infobae the Chief Officer Mauricio Salazar Gallelliband director.

He says that there is also documentation in the General Archive of the Province and that within its ranks it had Cayetano Silva, a Uruguayan band teacher and composer of the world-renowned March of San Lorenzo.

Currently, the gang is made up of 30 police officers named after the Corporal I Gustavo Rameta policeman who was part of the orchestra from the bass drum and who was shot in the face in cold blood on the night of October 20, 2008 in the middle of a robbery of which he was the victim. 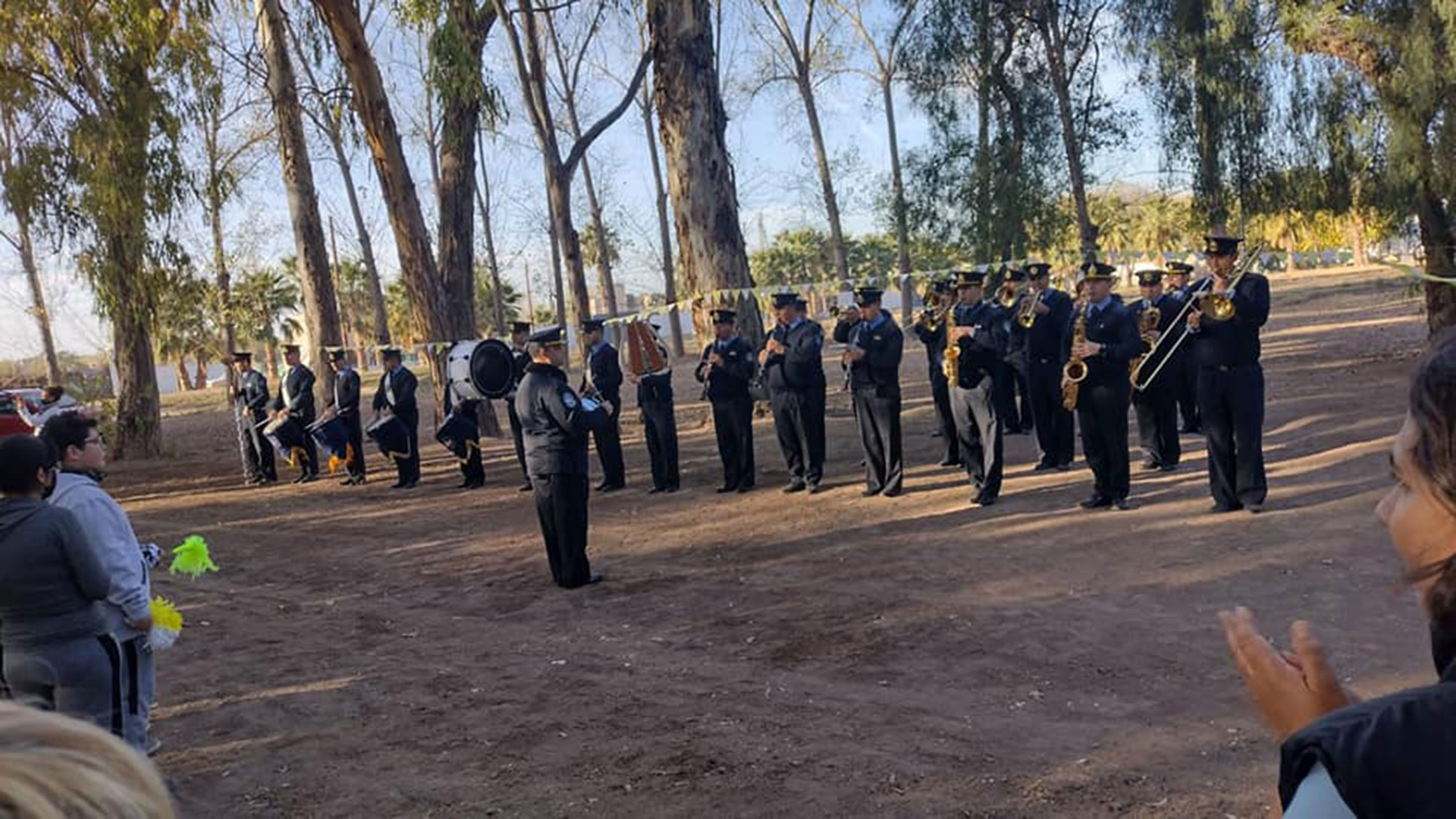 It is made up of 30 policemen and bears the name of Corporal I Gustavo Ramet, a policeman who was part of the orchestra from the bass drum and was shot in the face in cold blood on the night of October 20, 2008.

“As a band we bring the police institution closer to the community; it is the bond that the institution has to share with the neighbors within what is the Community Police. It currently depends on the Ministry of Security of the province of Mendoza and is under the directives of inspector commissioner Oscar Agüero, who is head of Digital Headquarters No. music during instruction.

“All the members of the band have a police state and we carry regulatory weapons. Some became musicians within the institution and others came with knowledge. Our functions go in parallel. At this moment we have a great artistic activity, more than 95% of our activity is music”, he says and asserts that like other members of the security force, they collaborate according to the requirements of the Headquarters.

Recounting how he combines music with the requirements of police life, the graduate in Citizen Security and Music teacher, and member of the band for 16 years, explains: “Although it may be seen as a very big contrast, in reality the mission of the band is to strengthen the bond that unites the community with the police institution, making safety through musical art”.

Salazar also clarifies that “The music band is free for all Mendoza” and that they are willing to go as far as they are called. 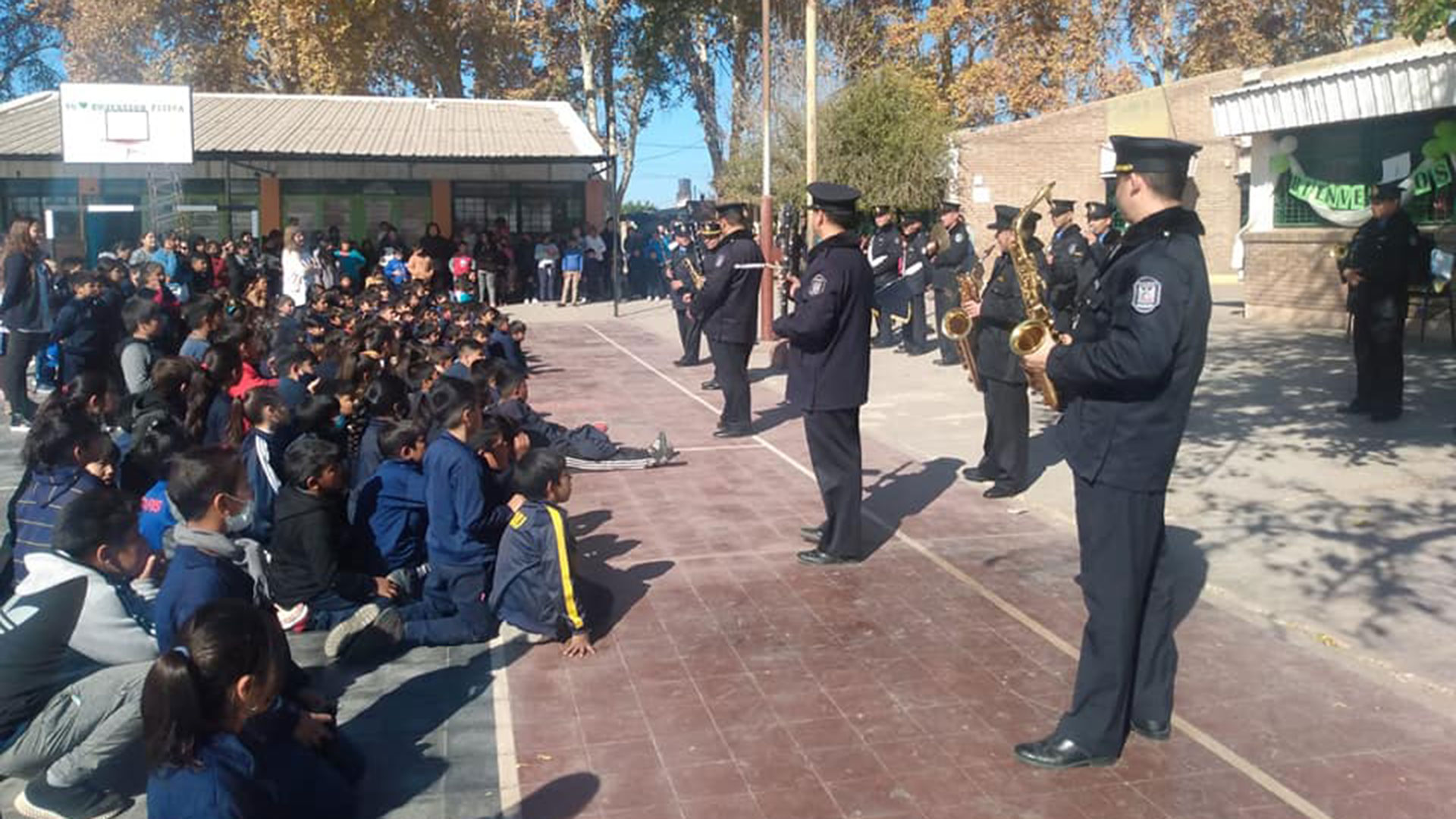 “We can be part of the activity of a school, consular acts, we actively participate in the Harvest Festival (on the carousel as in the Vía Blanca and we offer the serenade to the queen during the grape harvest); We participate in sports events, religious events and of course in official government events. We are always available”, he assures.

What they enjoy the most is contact with the little ones. who look at them in admiration every time they arrive at school or when they see them in parades on national holidays.

“Depending on the occasion is the uniform we wear. Even today it is inexplicable to see how people receive us because they dance and celebrate our participation. It is a moving situation, ”says the proud man who inherited from his police father the love for the career he chose.

“When I was a boy I was excited because my father took me to the parades and I had the dream of belonging too, of being there. Two years after joining the Police, 18 years ago, I joined the band playing the trumpet and now I also play the euphonium”, he adds. 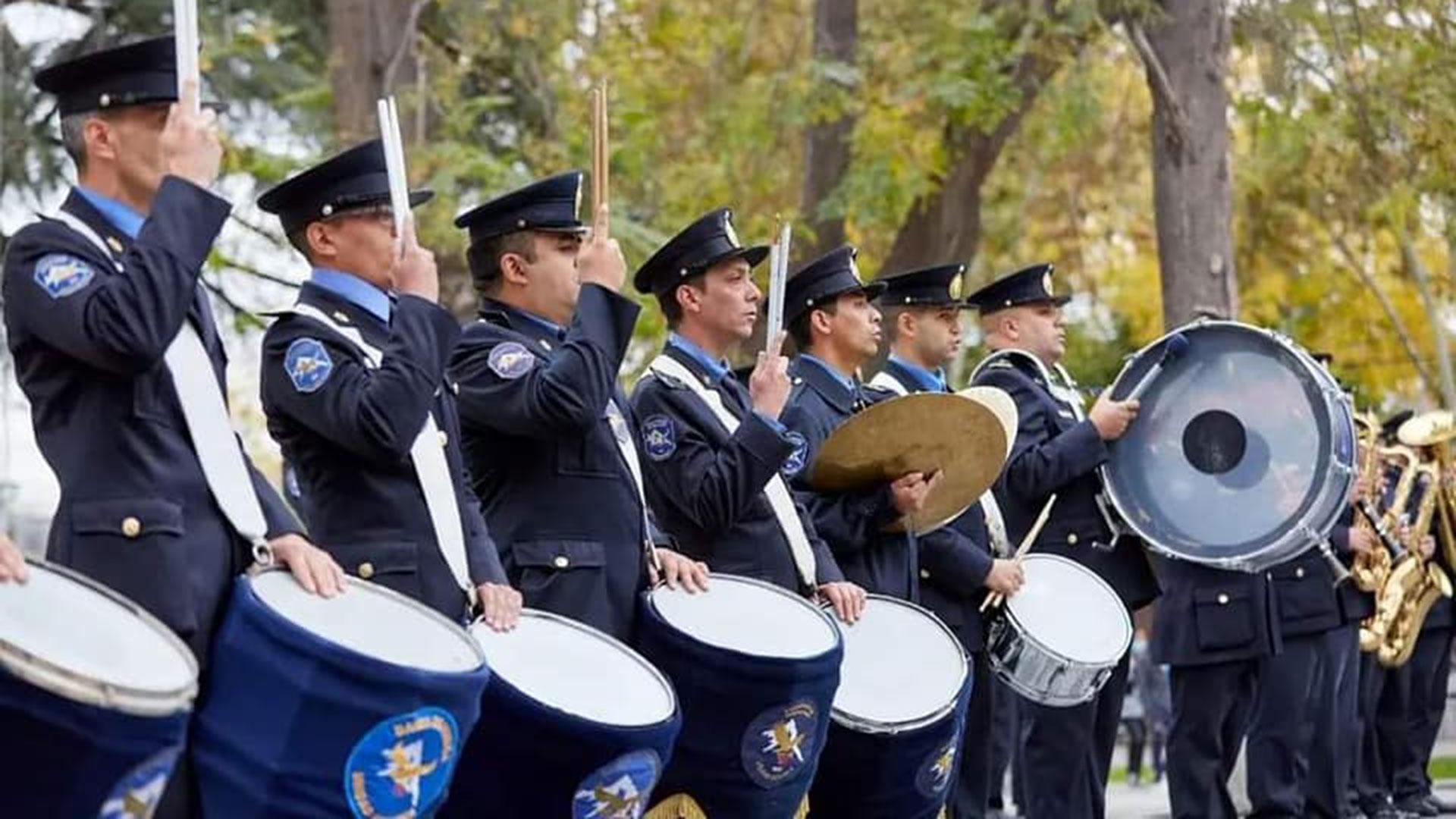 In this tone, he clarifies that the objective they pursue is that the People with disabilities “have easy access to the band”. “We we offer a didactic concert adapted to your needs, so they can enjoy our music. We have realized that, many times, they believe that because they have a disability it will be impossible for them to see her or that it will be expensive, but they just have to call us and we will be there. This is included in the proposal that we call music hug and that during the pandemic, for example, we have dedicated health personnel.”

In commemoration of the 212th anniversary of the May Revolution, they will start the day playing in the Plaza Marcos Burgos, in Las Heras.

At 9.00, they will be part of the protocol act and will sing the Reveille at the governor’s residence. This is an expression that transcended the forces and refers to the “notice with which another is woken up and, in town festivals, to announce the beginning of a holiday.” 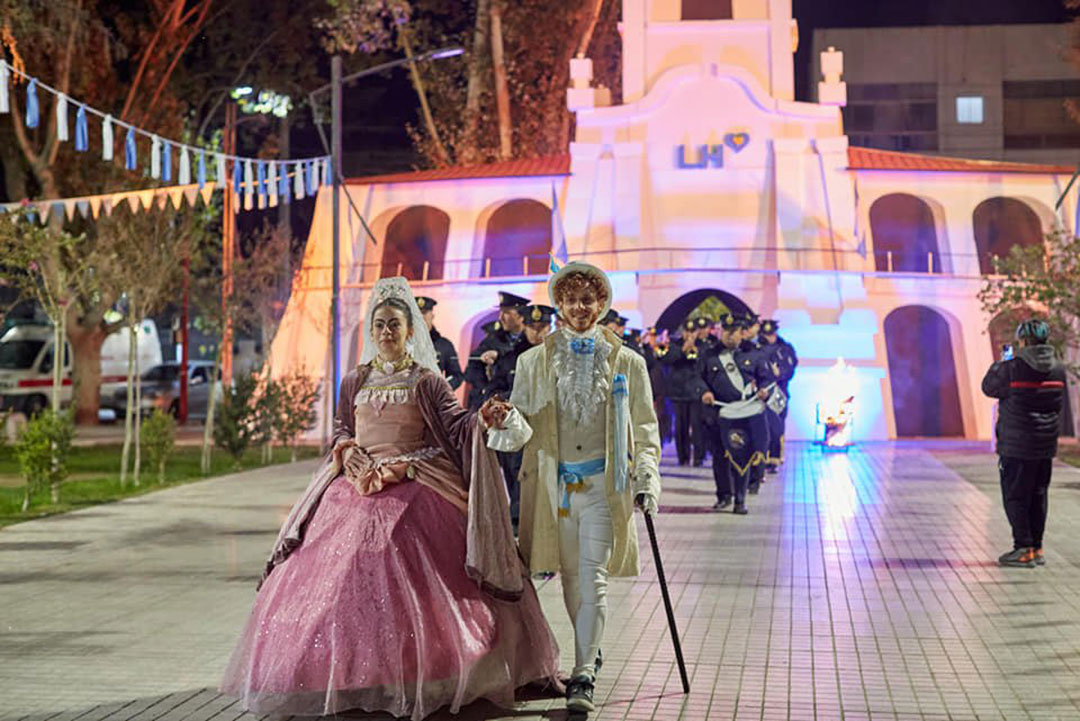 At 3:00 p.m., they will join the patriotic celebrations in Plaza Independencia, city of Mendoza.

“We will do a folkloric interpretation with a ballet that will dance a patriotic malambo and one of our colleagues will stamp his feet and at the end we will hand over the baton to Governor Rodolfo Suarez as a symbol and on behalf of the entire police institution,” he says.

The celebrations for the Week of May will continue until Saturday 28.

Week of May: day by day, these were the days that changed our history
What happened on May 25, 1810: the week we live in danger
May 25: the inmates of the Board and the controversial return of Viceroy Cisneros