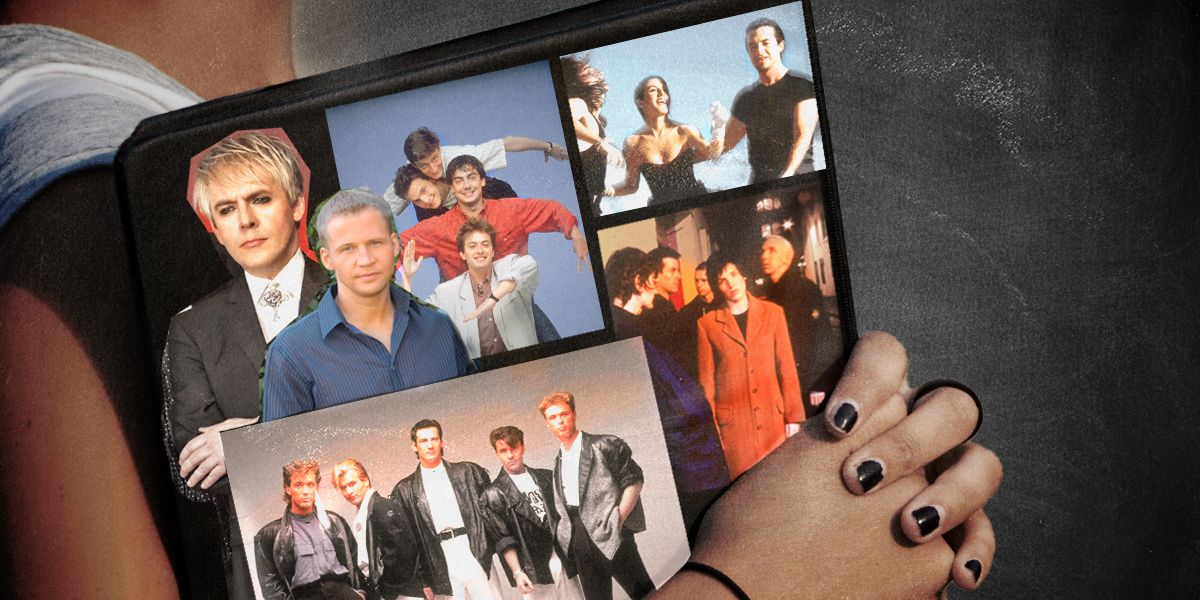 “Gary Kemp, Spandau Ballet Frontman, Releases Solo Album”; “Duran Duran come back with a new album, Future Past it will arrive in October ”; “Plato is reborn with Learning to live”… Reading these headlines, in recent months, is like taking a trip to the 80s and early 90s. revival sells and more after a pandemic in which the need to go back to times past, which were undoubtedly better (at least without a mask and with live music without restrictions), becomes more evident than ever, which has caused an avalanche of returns to the scenes, compilations and reissues for anniversaries, of artists and groups that left us some of the best songs of the 80s and the 90s.

Our first stop back to the past will be in the eighties, when two groups of what was called new romantic they lived a mythical rivalry: Spandau Ballet and Duran Duran. Two elegant boy bands, with super produced music, for which teenagers from all over the world yearned. Well, both groups have returned to the fore in these months. In the case of Durán Durán, they have announced that they will have a new album in October, from which they have advanced the single Invisible and new tour for 2022.

However, in the case of Spandau BalletIt seems that there will be no group return at the moment. At least as long as the vocalist, Tony Hadley, who was the one who left the formation, does not give his arm to twist. While its guitarist and frontman, Gary Kempt, has taken off the hook with a solo album that he released on June 18, featuring songs composed virtually during the worst months of the pandemic, with another guitarist, Guy Pratt, the one from Pink Floyd.

Spandau Ballet in full in 2016. Second from the right, Gary Kemp, has just released a solo album.

On the other hand, another great group from the 80s that has returned (this time for the fifth or sixth time) are the Scots from Texas, who have just released a new album, Jump on board. His first single, HiIt is also a collaboration with Wu-Tan-Clan, one of the most influential hip hop groups on the current scene. It seems that in this case there is something more than revival.

The vocalist of the group Texas, Sharleen Spiteri, in a recent photo.

And in the national panorama, there are expected turns and others that we never thought could take place. This is the case of the group of the early 90s Plato. Two brothers, Michel and Chus (one dark and the other blonde), who took advantage of the slipstream of other “very siblings” (who does not remember the Bros who also returned a couple of years ago?) To become the Spanish ‘forafolders’ of the moment. Well, in 2020 they announced their return and gave some concerts and now they have just released a new album.

We spoke with them, to ask them what is the proposal of their new album and this is what they answered us: “The most important thing is that we are still ourselves, because we have tried to maintain the essence of those first albums that are a mark of our style. This disc, Learning to liveWe feel that we are still the same, although with the logical evolution of time ”.

Another duo that is back, at least to celebrate 25 years since the release of their first album, are Ella’s girls dance alone. Marta and Marilia beat him in 1996 with We cast lots and they separated their paths in 2001, after five years of success, in which they received an Ondas award, a Latin Grammy nomination and reached number one on the music charts eight times, both in Spain and in Latin America. This summer they will a tour remembering his hits back then, which kicked off at the Marbella Startlite Festival on June 18 and who knows? Maybe he ends up in a new job for the next year.

Marta and Marilia (She dances alone) in their hit time in 1996.

Finally, this summer has also marked 30 years since the market launch of Aidalai (It came out on June 14, 1991), one of Mecano’s records that treasures the most milestones, with songs like A rose is a rose, The positive ruling O September 7. To celebrate his record company, BMG, has released a reissue of it and at the same time its vocalist, Ana Torroja, premieres a new album. Is named A thousand reasons and Current names such as El Guincho or Alizzz have participated as producers, and it includes songs that you will surely listen to ad nauseum, such as Hour fifteen, who sings along with Alaska.

But why do we like to listen to the music of our adolescence so much? Well, it seems that it has a scientific reason. According to David Levitin, the author of the bestseller This is your Brain on Music: The Science of a Human Obsession, the songs that we remember the most are those that are linked with intense emotions: those that sounded when you met the love of your life, those that you danced with your friends on that end-of-year trip … That is why those that settle in our brain during adolescence is usually burned.

“This is the moment when we begin to take our first steps in an autonomous life,” says Levitin. In fact, according to experts, our brain ties us to the music we listened to when we were teenagers more strongly than to any other. And as we become adults, this link with music weakens. So what we know as “musical nostalgia” is not a cultural phenomenon at all, but rather a neurological one.